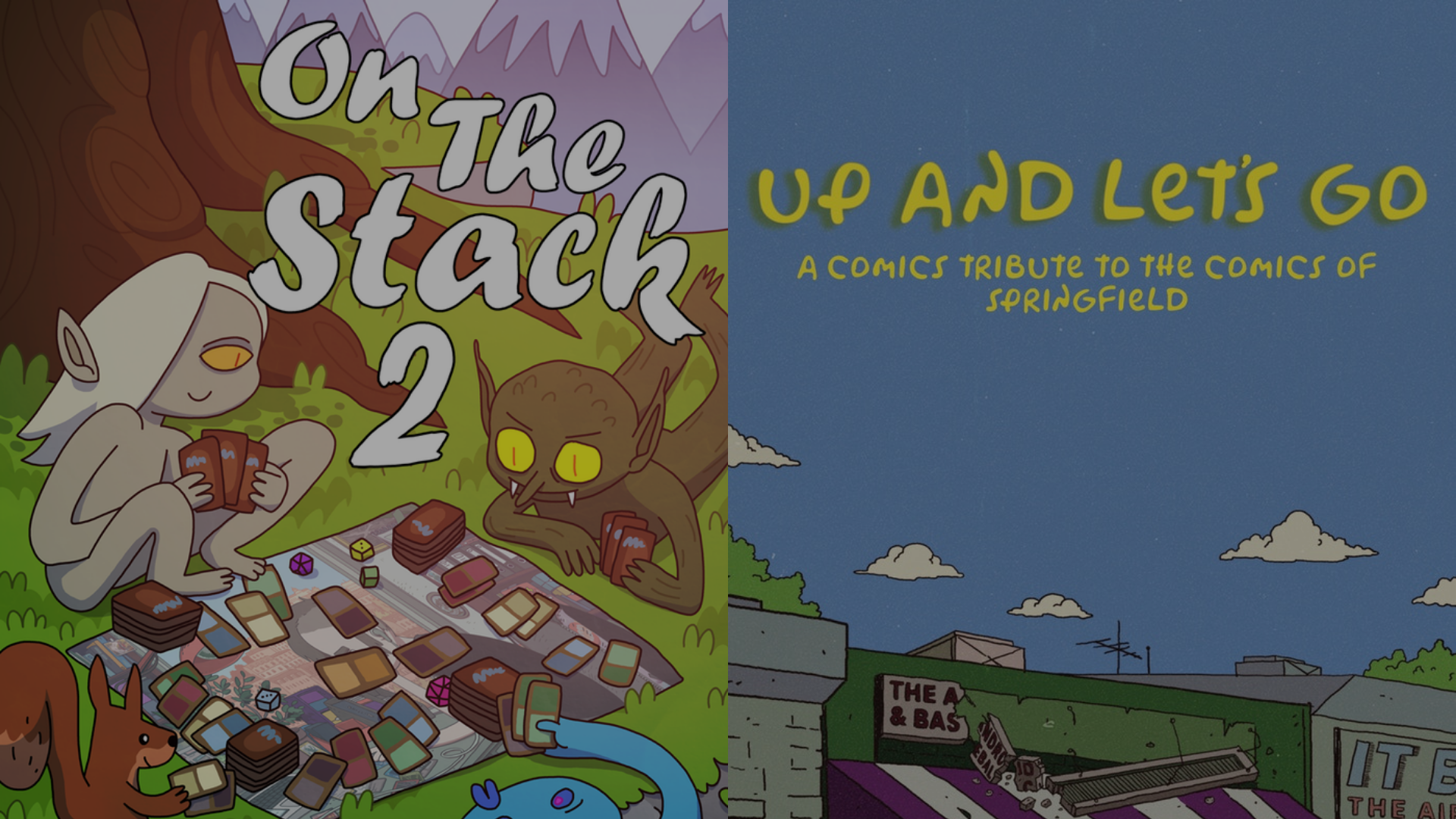 Following the success of their 2021 fan-zine, ON THE STACK, Part-Time Comix returns with On The Stack 2: a comics and art tribute to M:TG and the brand new Up and Let’s Go: a comics tribute to the comics of Springfield.

“It is a love letter to Magic: The Gathering and the communities that have sprung up around it that both feels modern and, at the same time, a throwback to the days of zine culture.”

Part-Time Comix had such a great response to OTS, in 2021, that they planned a follow up. Returning creators plus some new ones teamed-up to produce Volume 2! Nine creators ended up contributing to the 22-page volume 2.

Up and Let’s Go

As a long time comics fans and (TV Show redacted) fans, there was no way Part-Time Comix could pass up the chance to spend hours of their lives making knock-off brand comics, after a passing joke, referencing the background images in a :33 second clip!

“The joy of being an independent publisher is that we can do what we want, like damn hell ass kings. So, we got to work and rounded up the best group of comics and…Impson Family fans that we could find (and who would work for next to nuthin’).”

16 independent creators bring you the 44-page, full color Up And Let’s Go.

Back the minicomics now on Kickstarter- https://www.kickstarter.com/projects/parttimecomix/part-time-comix-minicomics-double-feature