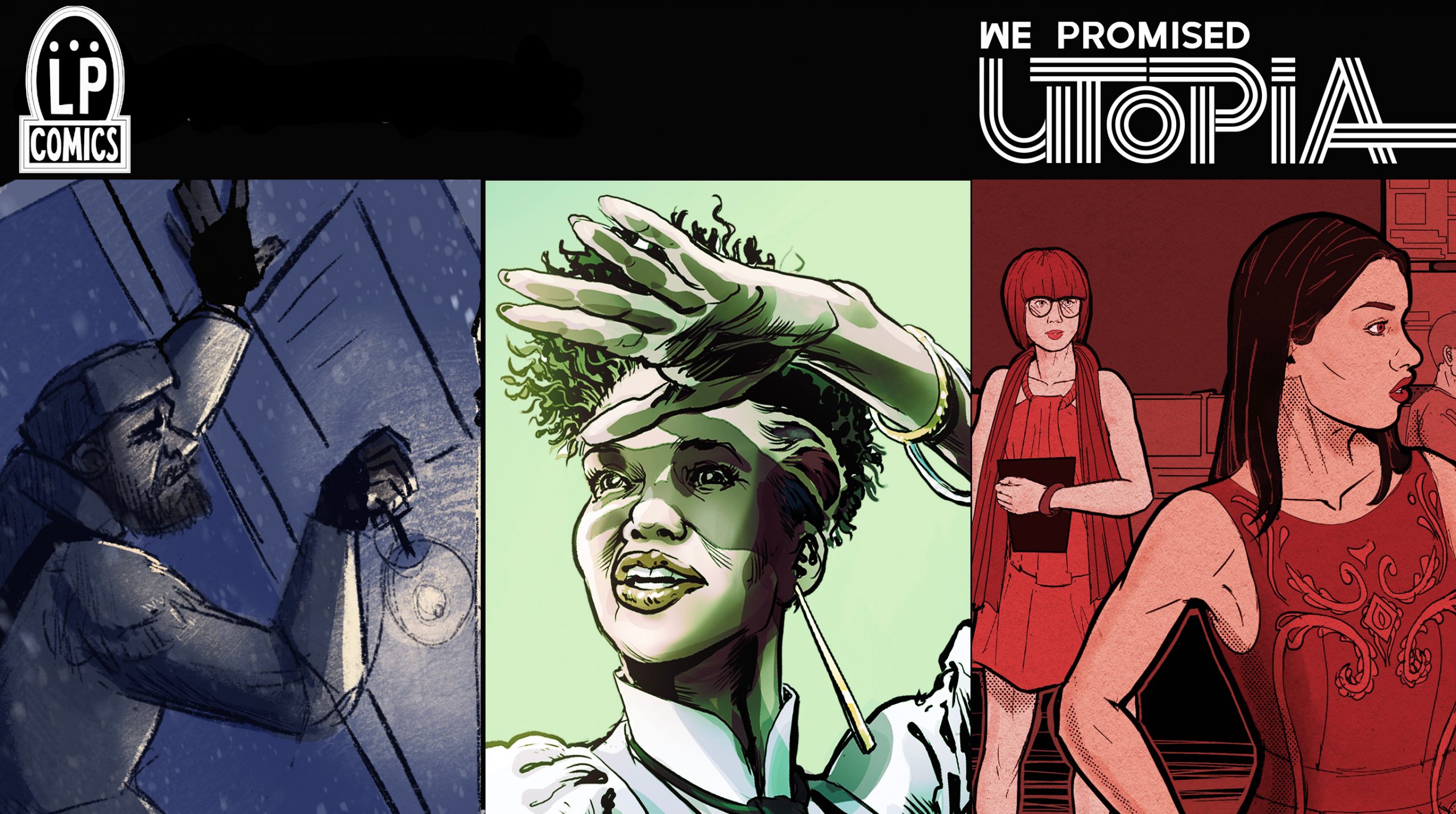 Oklahoma City, OK – [June 8, 2021] – We Promised Utopia is a timely story about the effort needed to address climate change and the human faults that could still spell doom, told through three narratives separated by centuries. Connecting the precarious present to an idyllic future and the brutal dystopia beyond is a mysterious agency called Yggdrasil. Issue #1 introduces charismatic climate activist Isabel Bari’s vision to save civilization by promoting a careful blend of scientific, economic, and agricultural innovation. Although her dream succeeds for centuries, the reader discovers that generations later it has collapsed and humanity is on the brink of extinction.

Creators Adrian Morales, Robert Holman, Charles J. Martin, and John Eric Osborn have crafted a complex world revealed in tantalizing fragments. Each time period is drawn with a unique aesthetic by a different artist, from Osborn’s stark and expressive present, through Jonathan Koelsch’s lush and high-tech utopia, to Chloé Elimam’s bleak yet empathetic distant future. Science fiction from the minds of an engineer (Morales) and a geologist (Holman), We Promised Utopia shares themes and frameworks with The Expanse, Snowpiercer, and Cloud Atlas.

The first issue of We Promised Utopia hits comic shop shelves August 4, 2021. Be sure to let your local comic shop know that the deadline to request We Promised Utopia #1 for delivery on the release date is June 21, 2021 (PREVIEWS Item Code: JUN211630). The comic will be followed by three other issues for a four-issue season one.

Literati Press Comics & Novels, also the publisher of The Black-Jack Demon and Glamorella’s Daughter, is a creators’ publishing company located in Oklahoma City’s Paseo Arts District that offers mentorship, support, and representation for dynamic and unique new voices. Literati Press prides itself in advocating for promising projects that are captivating and commercially viable; advancing Oklahoma storytelling; and printing in the United States and offsetting the carbon footprint of its comics to help mitigate climate change. For further information visit www.literatipressok.com.