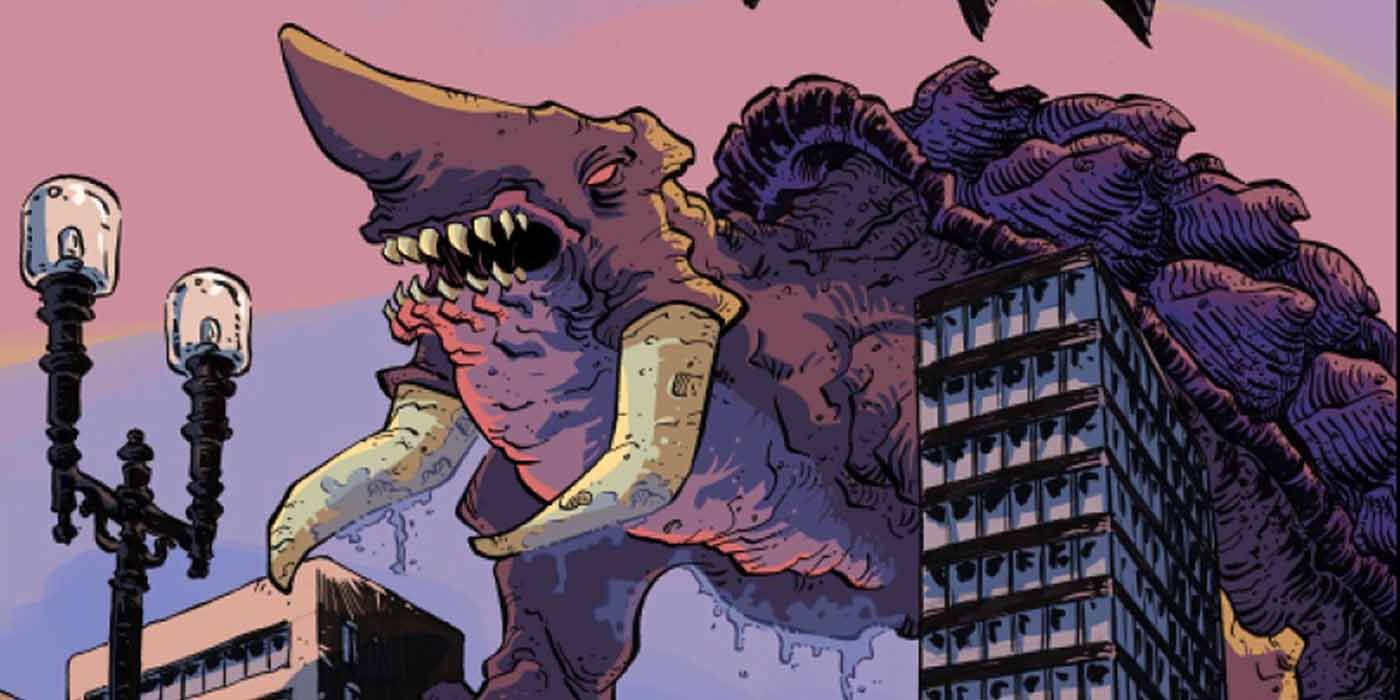 Kaiju Score is a four book story arc about a heist that takes place when a kaiju makes landfall in Southern Florida. This week the trade paperback (TPB) version of the story was released by AfterShock Comics. That’s not very uncommon. We have seen four and five book runs of titles turned into TPBs all the time.

What makes this one stand out is the way AfterShock Comics promoted the release on Twitter:

When a fan commented by asking a question regarding the usage of the words “First Arc” in the Twitter post AfterShock Comics replied that there will be, “More… and more news…. Coming soon!”

When I reached out to James Patrick, writer and creator of Kaiju Score, about the possibility of a sequel he told me he could neither confirm nor deny.

To me all signs are pointing to a second round of ass kicking story telling. I can’t wait to see what Mr. Patrick has in store for us this time!

Geeking Out With Your Own Indie Comic Action Figure
Indie Comic Throwdown – Blackstarr Vs. Sol
Sponsor