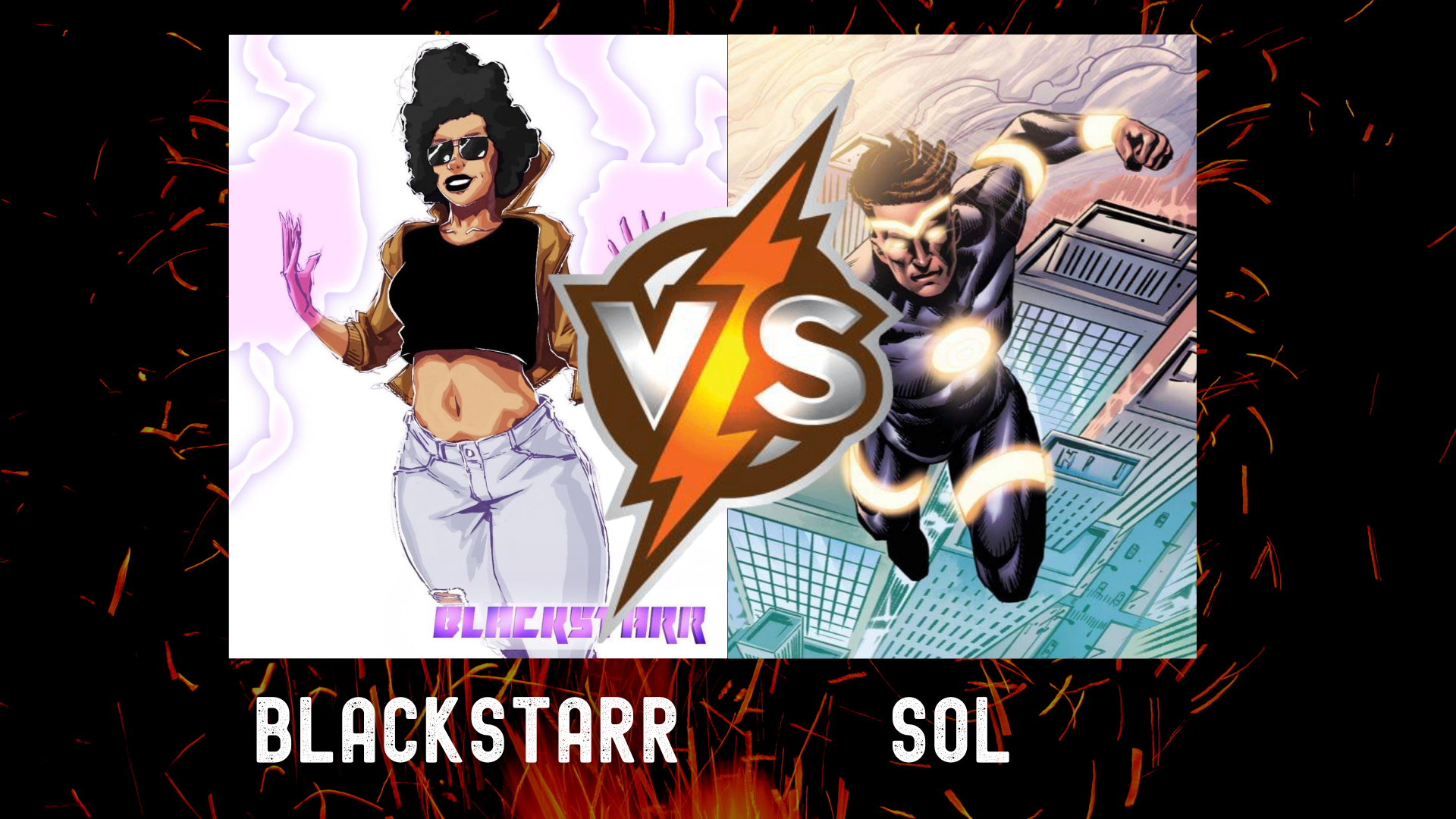 If you missed the introduction post to the Indie Comic Throwdown, you can read it HERE, but the brief recap is every month, we’ll announce a match-up and start the poll. Starting in April, we started a special partnership with Chat and Draw! After the poll, but before the final results, Michael Watson will host both creators and draw the battle LIVE during an episode of Chat And Draw! At the end of the month, we’ll announce the results and offer our take on the battle. These Throwdowns are meant to be light-hearted, fun, and a feature to bring the fans together!

The poll for Blackstarr Vs. Sol will be open through 6/27/21. It will then be locked and we’ll begin writing the battle based on the poll results!

Michelle Lee is a normal, Brooklynite. She is a Data Analyst at Chekov Labs.  Her friend and fellow scientist Mark Mathews are both infected by an alien matter labeled Comet 13.  Mark is transformed into an evil alien being with evil powers and is mentored by a fellow infectee, Nom Rot Sin.  Michelle is cured of her infection and given the power of a comet by Nom Rot Sins, nemesis, Cham Luna. Together Cham and Michelle use their powers to fight the evil Nom Rot Sin and Mark create while eluding capture from Chekov labs and the United States Military.

The weakened spirit of the fused Amon ra dove into the womb of a woman (she was already naturally pregnant.) She gave birth to a child that she named Sol. The boy’s power would manifest as the spirit of Amon Ra fully bonded with the boy. Upon his powers activating he would gain the wisdom of these entities. As his power awakens an ancient evil returns hoping to finish the job. He would now need to use his powers to fight against Isfet the embodiment of chaos.