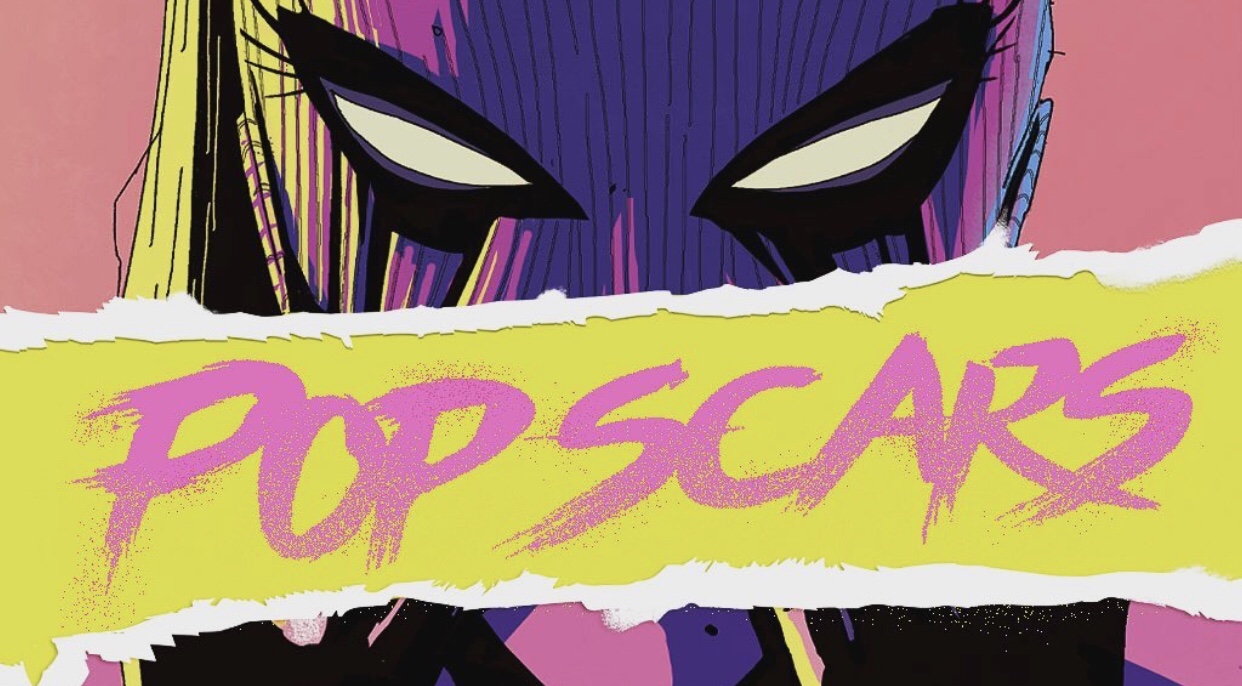 This article is written by Pat O’Malley, creator and author of Popscars. Popscars is a gritty Hollywood revenge story about Pinky, who is planning on killing famous horror movie producer, Harry Kinkade, who just so happens to be her dad. Can she rid the world of this dirtbag once and for all, or will she be just another failed Hollywood dream?

Popscars 1 & 2 are currently funding on Kickstarter.

There’s something beyond surreal about holding an action figure of a character you created. It’s truly the ultimate victory of my 6-year-old self. Right now we have a comic on Kickstarter called Popscars, a gritty Hollywood revenge story about Pinky, who is planning on killing famous horror movie producer, Harry Kinkade, who just so happens to be her dad. If there was ever a character deserving of a toy, it was Pinky.

But getting a toy made of my own character seemed impossible, something like that would be out of reach for me, thankfully for instagram there are hundreds of creators waiting to collaborate, you can literally message some of the most talented creators out there and just ask them a question. I came across 2 awesome bootleg toy designers who agreed to work with me on bringing Pinky to life.

Artisanal action figures which frequently recall the unpolished aesthetic of unlicensed action figures made abroad in the ’70s and ’80s. The process of creating these figures is sometimes referred to as kitbashing, or the art of dismembering existing figures and “Frankinsteining” the various parts to create a new and unique figure, usually inspired by pop culture.

Daniel, @retrogimmick, was someone I reached out to because his bootleg toys were made with love, but also hilarious and perfectly capturing pop culture in the weirdest ways. If anyone remembers the Weekly World News with Bat Boy, @Retrogimmick does an amazing officially licensed bootleg of it. So we linked up and he created the classic version of the Pinky toy, with her bat axe prop, she is straight out of the comics.

The cool thing about comics is that there are always variant covers from different artists, so when I linked up with @Thinkoutsidethe_toybox I was really excited because he does some incredible translucent toys out of this galaxy, seriously his Star Wars figures are insane. So we worked on a set of variant translucent Pinky bootleg toys that would be part of the higher tier perks, and we did a giveaway to random backers that won the variant translucent Pinky earlier this week.

“First I start with the idea, then I gather parts of existing figures that might be suitable for the base body. From their I use sculpting clay to add the correct clothing and other details. Then I make a silicone mold of those parts and use that mold to make resin-casts of the finished figures.”

Having the toys as rewards for our Kickstarter has been super cool, I think it adds a new layer to the project and the characters when you get to actually hold one, plus I got to include some of my own designs of Pinky on the packaging, that’s even more special to me. I have the toys on my shelf, still in the packaging, which is crazy because my 6-year-old self would have shredded it open in seconds. But these toys aren’t for kids. They’re for adults who never grew up.

Interested in creating your own indie comic action figures? Reach our to @retrogimmick or search other bootleg action figure creators!