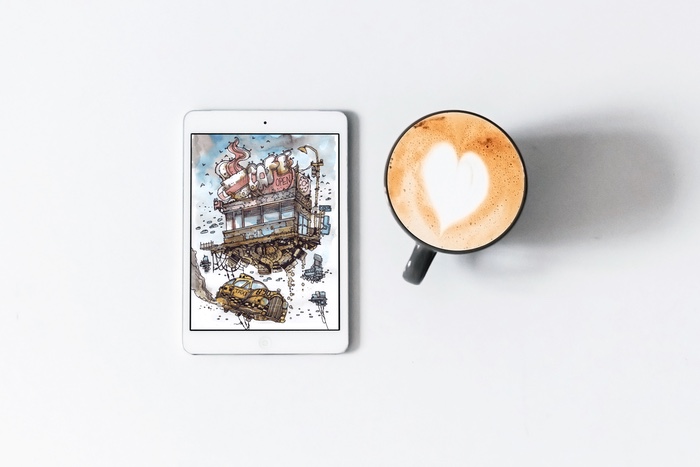 The one-shot, which is currently funding on Kickstarter, features four interwoven vignettes are told within this single issue:

Jonathan Hedrick is a comic book writer/creator born and raised in Brevard County, Florida. Comics has always been a passion of his and he recently began self-publishing his own titles. His current work includes the zombie one-shots Freakshow Princess & Freakshow Knight (from Second Sight Publishing),  a superhero story called Capable, and the political thriller The Recount (from Scout Comics). In addition to being a writer, Jonathan is an Army veteran and a licensed radiologic technologist. He resides in Melbourne, FL with his cat, Tessa.

Stefano Cardoselli is a Tuscan born artist who has been creating comics since 2000. He’s a frequent contributor to Heavy Metal Magazine. Of him, HM Editor in Chief Kevin Eastman has said:  “Stefano Cardoselli — I HATE this guy! I’ve only published everything he’s sent me! I think he can draw his ass off, and look forward to his next contribution.”  Stefano has also worked with 2000AD, Antarctic Press, Blue Water Comics, Dark Slinger Comics and others just to name a few.  “The black-and-white artwork by Stefano Cardoselli creates a modern setting mixed with the western and horror genres. In a word drawn in shadows” –  Fangoria Horrror Magazine.

Get Caffeinated Hearts
Liked it? Take a second to support ICD on Patreon!