Juan, welcome! Tell us about yourself, what’s your background?

Juan Espinosa writer/creator of Adventures of a System Admin and founder of Bearded Man Comics. I have been writing since 2017 after reading a book by Alex Simmons called The Art of Making Comics. I am from the Dominican Republic and English is my second language. Married with a beautiful wife, we have two amazing kids and my main three supporters. Aside from comics, I love technology and sports. My 9 – 5 is as a real System Administrator.

Do you remember your first comic book? How old were you? What was it?

Even though I was not exposed too much to comics, I read them on the newspapers, my grandfather used to take us the paper on Sunday. I do remember that my mom used to get me a book whenever she found it on the stores that I recently realize it was my first comic book. The name of the comic is Condorito (Little Condor). The comic was a bunch of funny short stories in which most of them were making fun of the main character. I was about 8 or 9 years old when I got my first one.

Do you remember what your childhood dream was?

My childhood dream was to be a Basketball player. I was part of my high school team and was captain.

What inspires you about comics, and what inspired you to create your own?

What really caught my attention was that I could tell any story and it would fit. It is short and you can express whatever you want in a coupe of pages with graphics which attracts people.

I decided to create my own because I couldn’t find much comics that dealt with technology. I meant there is a bunch of comics that have technology from the future and all that good stuff but I was looking for something more current and realistic. Since I couldn’t find much, I decided to make my own and while doing it, I try to show people real life technology that could be use in their day to day. Also bring some awareness of STEM (Science, Technology, Engineering and Math).

So, let’s break down Adventures of a System Admin, what’s happened so far, and what’s next?

So the story is about this amazing aspiring System Administrator that gets hired by this company called E.L.Y to protect them from hackers. So far JJ aka Gordidon has helped the company recovered from a Ransomware attack, prevented another cyber attack by reconfiguring a Wifi Pineapple (Rogue Device) that was found in the company and sacrificed himself to protect on of his coworker that made a mistake. Now E.L.Y is trying to get JJ back to keep protecting them and to get the hacker that has done all this damage. FBI will be involve but lets see if they actually can get the hacker.

Breakdown the Kickstarter for us, what are some of your favorite rewards? What’s your goal?

We have great rewards that range from $5 to $115. We would have single issues, variant covers, USB hubs, Hats, Keychains, Pops but my favorite reward is Issue 5 with the Pop.

The initial goal is set to $1,700 which is double from our last Kickstarter’s initial goal.

We are doing the campaign to be able to print the comic as it is totally done already. Also to gather some money for my 13 years old niece that created some goodies that will be reveal on the campaign. She made those goodies using her phone and we would like her to get an iPad and Apple Pencil so she can have a better device to create.

How many issues do you see the series running? Do you have a preset number?

The series is ongoing. I don’t really have a number, there is so much we can do with the series that we can go for a long time. I do have almost everything set for issue 6-8 which will conclude the second arc.

What has been the hardest part of bringing your series to life?

The hardest part was starting. Taking the steps to start writing and figuring things out. Looking for information and not just any type information because Google is full of it but real useful information. Getting an artist that you could trust and could work well with you. Aside from that, once you get your feet wet, then everything is so much fun. Starting was the hardest to me.

Any other project in your future?

Yes, we are going to be part of an Anthology that is coming this summer. The Anthology is about Mythology stories. I wrote a story for it that is called The Galipote. The story is about a person that could transform into a werewolf and many other animals, it is based on the Dominican Republic. The Galipote it is known to be a bad creature but in my story he is a protector. He actually protects people from other Galipotes.

Any other indie titles that you’re following right now?

I followed Is’Nana The Were-Spider by Greg Anderson-Elysee, Crescent City Monsters by Newton Lilavois, I.T by Blackbox Comics and many other. Very excited for Lumberjax by Morgan Iverson, his campaign comes out the same day as mine.

If you could do a crossover between your title and any other indie title what would it be?

I would like to do a crossover with I.T which is a series done by Blackbox comics that involves the type of technology I want to read and present.

What advice would you give others wanting to go into the industry?

I would tell then that if you want to be a writer, just write and read a lot. If you want to bring your project to the comic world, do some research, ask questions but don’t just stay thinking about it. Ask other writers or artists how they did it, the community in general is open to help. I have been helped by many when I needed it, this community is awesome.

I also know some creators are afraid to use crowdfunding, don’t be, if you failed it means that you at least tried it, if you don’t try it, you will never know what could have been.

Where can people find your books and how can they support you?

We are in Twitter, Instagram and Facebook as Gordidon for my personal account and Bearded Man Comics for the company. People could by our Physical/Digital comics at https://beardedmancomics.com , we also have all our comics digitally on Amazon, Comixology, Apple Books, GlobalComix, Barnes & Noble and more to come. 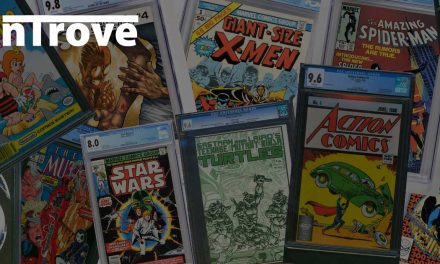 Your First Look at New Story Arc in BASILISK #5 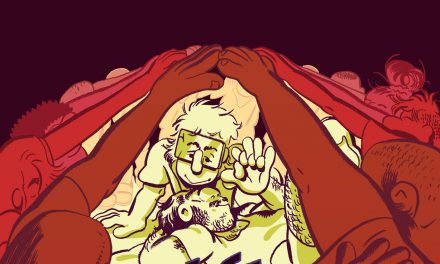 Love & Loneliness in Jeremy Sorese’s THE SHORT WHILE