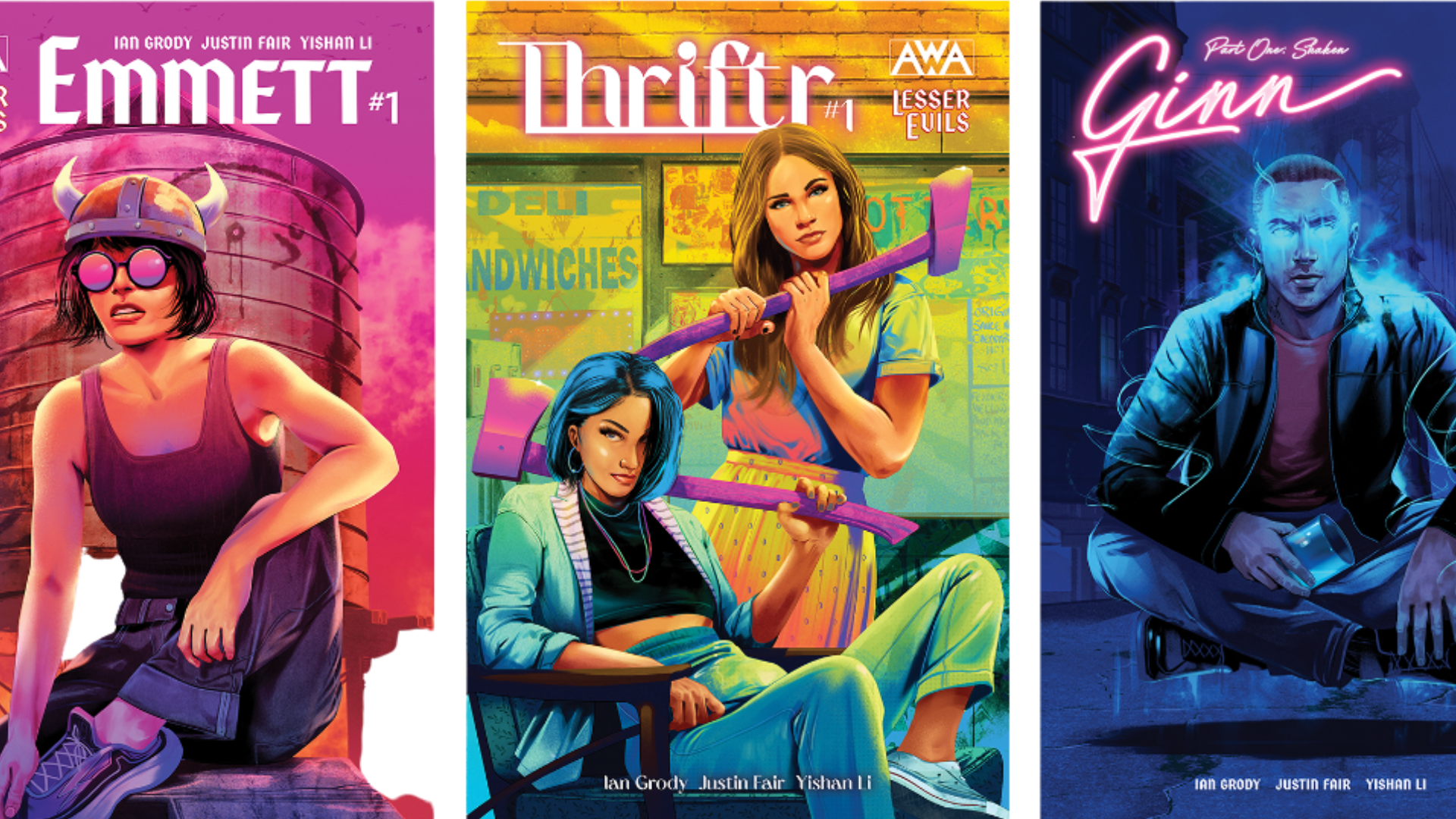 As part of a new service in 2022 and beyond, the Global First mission focuses on translation and multiple language adaptations in order to bring all the world’s comics online, to reach readers in whichever language they are most comfortable with. From comic books to short films and webtoons, part one (of four) of the Brooklyn-based, horror/supernatural adventures debuts today on GlobalComix with the digital release of Emmett: A Lesser Evils Story, written by Ian Grody with art by Yishan Li (Hellboy, Batwoman).

Welcome to Brooklyn Through the Looking Glass, where a golem with benefits, a spiraling genie, a demon who feeds on bad vibes, and a mischievous mermaid collide with heartbroken, hard-living, and hype-obsessed humans. Lesser Evils is a hilarious, pop culture-filled universe that explores what intimacy, spite, selflessness, and friendship mean today.

Meet Lydia Loew, an artisan potter, who goes on a bender after a bad breakup. Then, in anguish and anger, she accidentally conjures up a golem from clay in her Bushwick studio.

Enter Emmett, a golem with benefits. He mixes a mean cocktail, is handy around the house, and will help Lydia exact revenge, with a vengeance.

Following the digital release of GlobalComix’s Emmett: A Lesser Evils Story, AWA Studios will debut never-before-seen content from the Lesser Evils universe at Tribeca Festival in New York, directed by Justin Fair. Print copies of the comic series will be available with special QR code that unlocks the comic in six languages: English, Brazilian Portuguese, Spanish, French, Italian, and Hindi.

“When Christopher first mentioned the possibility of creating seamless localizations of our digital comics on GlobalComix, I knew it was something AWA had to be a part of,” said Will Graves, Managing Editor of AWA Studios. “The timing aligned perfectly with the release of Lesser Evils and what better property to launch in multiple languages than a comic universe that takes place in one of the most diverse places in the world, Brooklyn, NY. I’m looking forward to continuing to work with GlobalComix to expand languages offered and make our stories as accessible as possible around the world.”

In 2018, Marvel alumni Bill Jemas and Axel Alonso teamed up with Jon Miller to establish AWA Studioswith the goal of building a truly creator-first company where a diverse group of the most outstanding artists, writers, and artisans could do their best work and retain ownership of their ideas. With the formation of AWA’s Film & TV Studios, the company is building a distinct array of new cutting-edge film and TV projects anchored in its burgeoning library of groundbreaking stories.

Committed to helping comic creatives be successful, both GlobalComix and AWA Studios share the same values when it comes to respecting the comics industry and its creators.