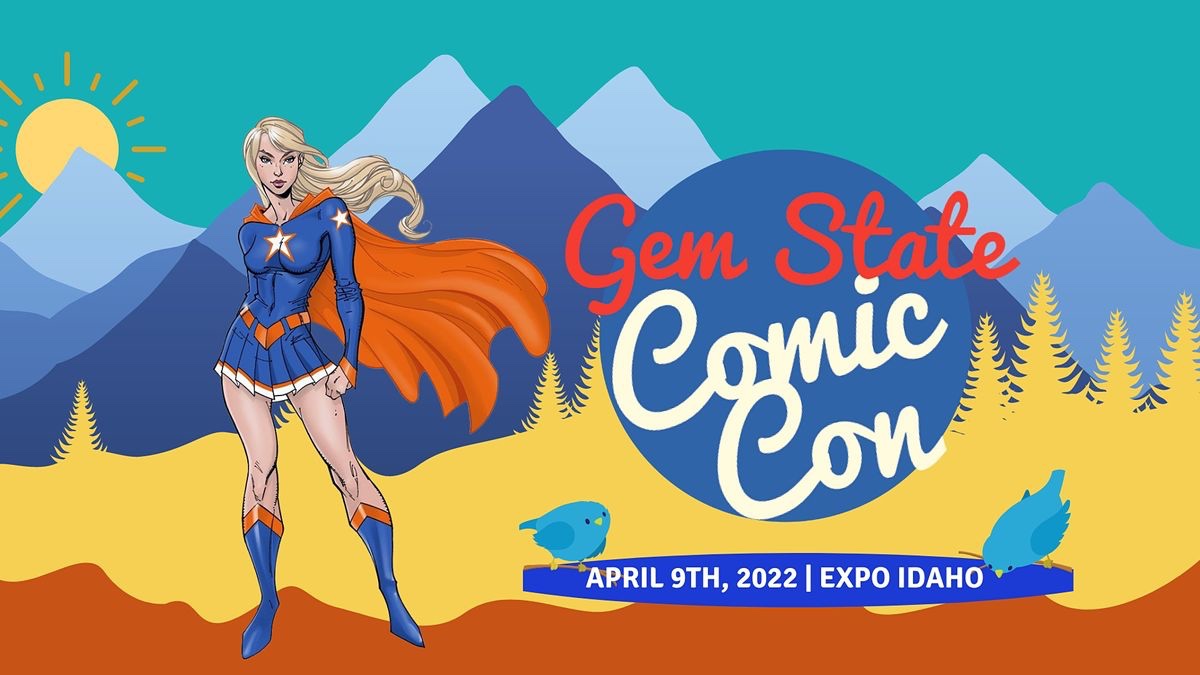 Part One: Not Getting There is Part of the Fun

It’s fall of 2021. Lord Trekker, Pyro, Cupcake , True Neutral, and I are having breakfast at a family owned restaurant on the outskirts of Portland. We’ve just completed Rose City Comic-Con. For True Neutral and Pyro, it was their first Comic-Con experience.

Cupcake is very eager to see if either of them would be up for another Comic-Con and if so, which one. His excitement isn’t out of place. It had been an amazing weekend. Additionally, your favorite gang of idiots have worked together for years and had a vacation bid looming on the horizon. Time was of the essence if we were going to make a plan for 2022.

I knew I already had a full plate in 2022 with a big convention in the form of TF-Con as well as a couple of weddings. Cupcake had a Disney vacation that was already paid for. Pyro and Lord Trekker were going to be gallivanting across parts of Europe on their honeymoon, except she didn’t know that yet.

Any convention we were going to would have to check all of the boxes. Tickets had to be affordable. It had to be within a 900 mile radius so we could drive there. Most importantly, it had to be a block of time that we could all get off.

Gem State Comic-Con in Boise, Idaho checked the most boxes from the outset. We wouldn’t know about time off until after the vacation bid. At least we had a tentative plan. When the dust settled from the bid, it would be myself, Cupcake, and True Neutral making the journey to Boise.

With the convention being in April, 2022 I began scouting for an AirBnB that would suit our needs in November, 2021. We didn’t have much in the way of needs. A working kitchen and bathroom, three beds, a tv, and a table for eating and gaming were all we needed. I found a place that would run us about $80 each for the weekend, had decent ratings/feedback, and had all of our criteria. After sending the link to my comrades to investigate, we settled on it.

***The notion that booking lodging for a vacation far in advance is a misnomer. With websites like www.Priceline.com you can get amazing deals on hotelswith short notice. I’ve stayed the night at a four star hotel for $17.50 doing this. The hotel would rather let someone stay for pennies on the dollar than have the room stay vacant for a night. The drawback is there are no guarantees if there will be a room available.***

We had our AirBnb reservation. We had tickets to the event. Now the waiting game began. What artists, writers, or celebrities would be adding their names to the guest list? I followed Gem State Comic-Con on social media for updates.

The first post I saw was about a bakery having a booth where people can get snacks. That gave me a pause. Was it worth going on this adventure? There were a couple of familiar faces on the celebrity list; but celebrity photo ops and autographs were Lord Trekker’s thing. There weren’t many creators listed yet. There could be surprises though. I decided to go through with the trip. Regardless of how the convention went I would have fun talking and gaming with my friends.

Two days before we left I did the grocery shopping for the trip. If you pick up groceries right before a trip you’ll be looking at the prospect of a second trip to the store in another city for that one item you forgot. Doing this will cut into your vacation time.

***Make a list (actual, not mental) of all of the food items you need to pack for your stay at the AirBnb. Cross each item off the list as it is placed in the bag, box, or cooler. This will help eliminate buying something you already bought in your origin city at your destination city because you forgot to pack it.***

The morning of departure finally arrives. I round up the crew and we’re heading east for Boise. Ironically, our route takes us a few hours southwest first. It’s okay though. We’ve all made the first portion of the drive too many times to count. We’re in good spirits as we talk about anything and everything during the first leg of the journey.

Near the end of the second leg of the journey things got a little hairy. For reasons I still can’t understand, my phone rerouted us through a part of the state that looked like it could have been used as a setting for the newest “Wrong Turn” movie. Once we got clear of that area and back on the path we had originally planned on taking, life was good. When we reached Stanfield, Oregon we decided to stop for lunch.

***You can get a rotisserie chicken, a 12 pack of croissants, and sliced cheese for approximately $12.50. This will help provide lunchtime sustenance for three grown men for three days for slightly more than the cost of a single footlong sandwich at a popular sandwich chain.***

For the remainder of my days I will remember three things about Stanfield. First of all, the wind never seems to stop blowing there. This was a biting wind that cut through a parka with ease. It made me regret wearing shorts for the forecasted 80 degree temperatures in Boise.

Second, it felt as if the combination gas station, McDonald’s, and Subway was the town’s epicenter. People seemed to be hanging out in the parking lot waiting for friends to show so they could catch up.

Finally, I don’t believe I will ever be in a restroom with a physical layout that makes me more uncomfortable. Without going into specifics, this is the first time I can recall using a public restroom and finding myself thinking, “This is awkward” while doing my business.

Having had the opportunity to stretch our legs and fill our bellies we left Stanfield in the rear view mirror and carried on with our journey. To our astonishment we came upon my buddy Lug Nut’s car a few miles down the road.

Honking the car’s horn and waving didn’t get Lug Nut’s attention. At this point my tail gunner wanted to seize the day. They requested permission to open fire. After a moment’s deliberation I prepared the bomb bay hatch and told my gunner that they could fire when ready. The gunner was in position. I made my bombing run. Unfortunately, Lug Nut was too focused on the road to notice a pair of ass cheeks right at his eye level in the left hand lane.

Our strafing run completed, we zoomed onward. It didn’t take long for the powers that be to return fire on Lug Nut’s behalf. Just outside of Pendleton, Oregon there was something in the middle of our lane.

I don’t know what it was. I have taken to calling it a boat bumper. It was a solid black rubber object that was about 8” x 6” x 6”. Given that we were going approximately 80 miles per hour with a car in the right lane and a cement barrier to our left our only choice was to drive over it and hope we had enough clearance in the SUV to avoid hitting it.

We didn’t. There were a couple of resounding thumps as it bounced along the undercarriage of the vehicle. It’s fitting that the screen is called a heads up display. An error message appeared on it saying, “Heads up, your power steering is dead in the water”.

I fought to get the vehicle off of the freeway and into a parking lot. Then I collected my wits and tried to figure out the best course of action. I called a mechanic in Pendleton and gave them the information I knew. They told me that it would be up to a week to get it fixed. My best bet would be to return home.

***If you’re making a road trip out of going to a con it will save you a lot of money when compared with flying. If the trip is going to cover more than two hundred miles one way, it may behoove you to get a rental car for the trip. Doing this helps keep mileage off your personal vehicle. More importantly, if a hazard in the road puts your vehicle out of commission you can be stranded.

In a rental vehicle you make a few phone calls, transfer everything from one vehicle to another, and move along. The rental car company will take care of the damaged vehicle while you enjoy your vacation.***

I resigned myself to the weekend being a bust and started the car to start limping the vehicle the 200+ miles home. To my surprise, the power steering was functioning properly. This was a game changer. Upon looking underneath the vehicle and seeing no signs of damage or fluids leaking we reevaluated our situation.

Everything was in working order. We decided to carry on with our quest.

REVIEW: The Asylum of Horrors: Halloween Special #1
The Afflecktion – Now on Kickstarter
Sponsor