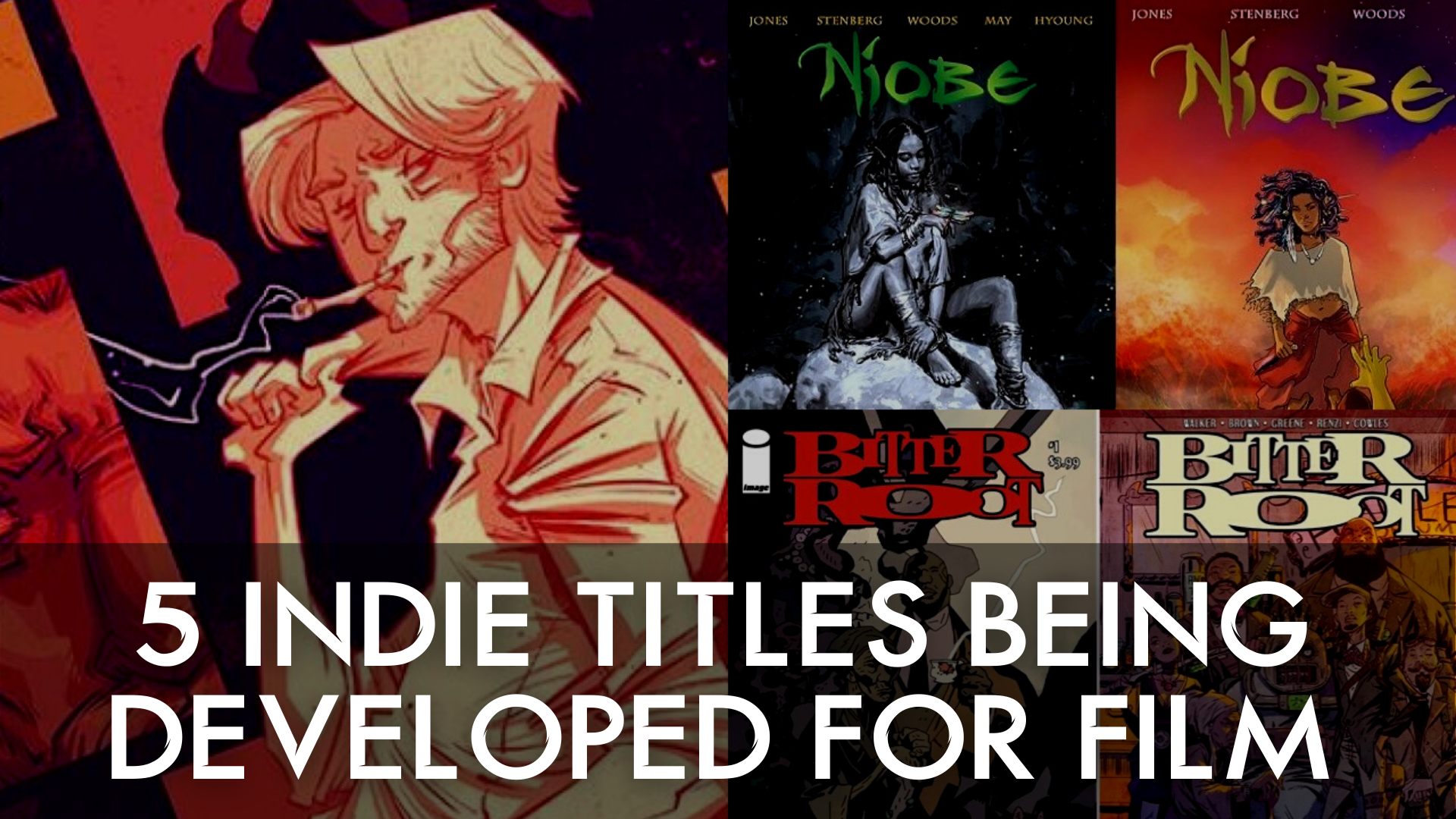 In a world that already hates and fears them – what if only Black people had superpowers. After miraculously surviving being gunned down by police, a young man learns that he is part of the biggest lie in history. Now he must decide whether it’s safer to keep it a secret or if the truth will set him free.

In October 2020 it was announced Warner Brothers was developing the comic into a movie.

Once known as the greatest monster hunters of all time, the Sangerye family specialized in curing the souls of those infected by hate, but those days are fading. A terrible tragedy has claimed most of the family, leaving the surviving cousins split between curing monsters and killing them. Now, with a new breed of monster loose on the streets of Harlem, the Sangerye family must come together, or watch the human race fall to untold evil.

In May 2021 it was announced that Regina King would direct a Bitter Root movie for Legendary pictures. Additional producers include “Black Panther” director Ryan Coogler, Zinzi Coogler and Sev Ohanian of Proximity Media.

Niobe Ayutami is an orphaned wild elf teenager and also the would-be savior of the vast and volatile fantasy world of Asunda. She is running from a past where the Devil himself would see her damned… toward an epic future that patiently waits for her to bind nations against the hordes of hell.

In March 2019 HBO announced it had optioned Stranger Comics’ Niobe, The Untamed, and other related stories under the umbrella series Asunda for the network.

For decades, Stealth has waged war on crime in Detroit, but now he’s taken his pursuit of justice too far. Only reporter Tony Barber knows that behind Stealth’s reckless behavior is an older man battling Alzheimer’s—his father. A father unwilling to accept that he’s no longer the hero this city needs…with enemies all too eager to force his retirement.

In December 2019 Universal Pictures and Skybound Entertainment announced that Lee Daniels would be directing an upcoming cinematic version of Stealth.

It’s the most dangerous heist ever attempted. Four desperate criminals are going all in on a once-in-a-lifetime chance to steal millions in art and turn their miserable lives around. The catch? They have to pull it off under the nose of a one thousand-ton Kaiju. And a giant monster might just be the least of their problems.

Sony Pictures announced in August 2020 they were developing Kaiju Score into a feature film.