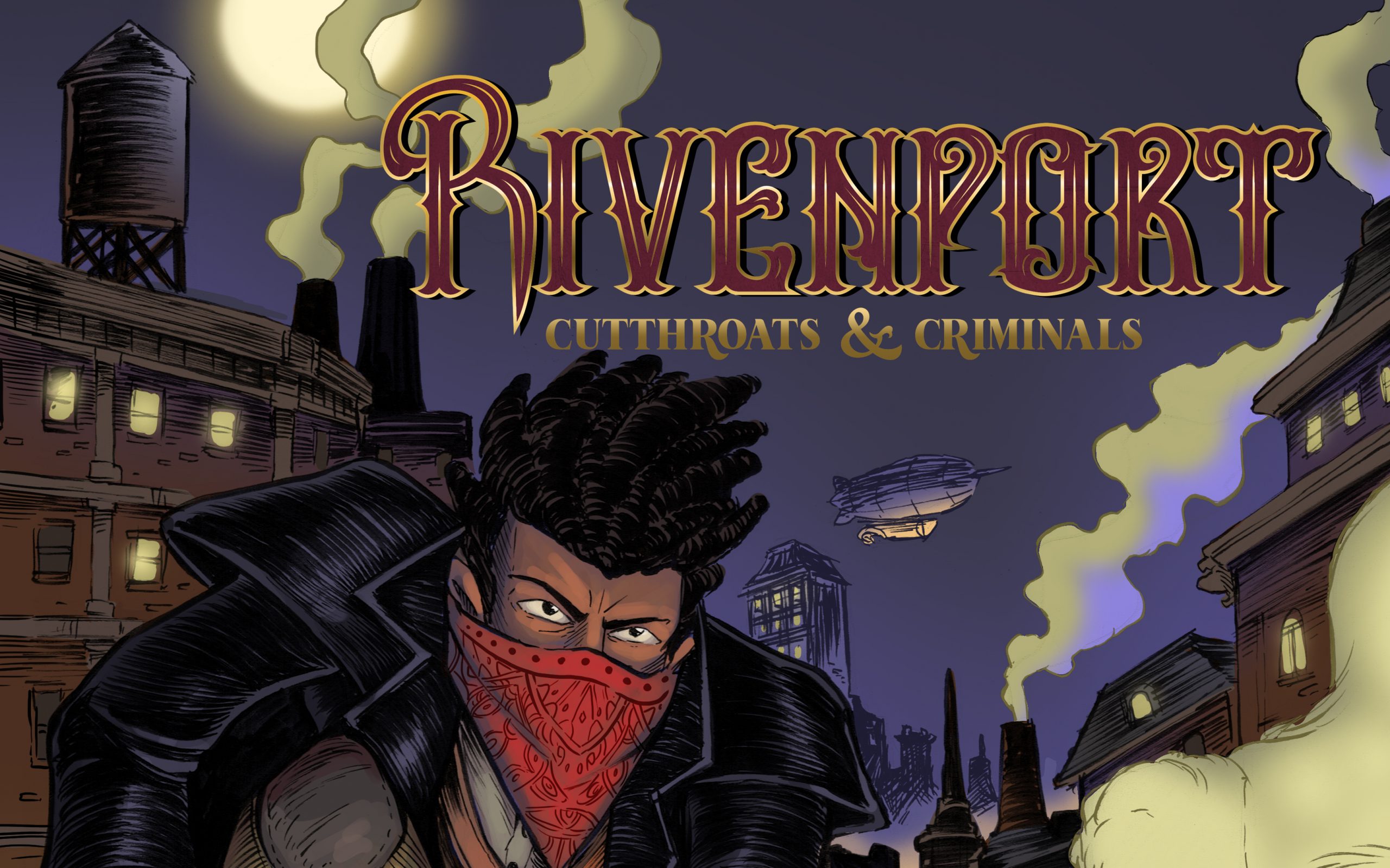 Leonard Fynch was only five years old when he witnessed his parent’s murder at the hands of magically empowered goon Uldurn Bosekern. Leonard took to the streets and lived as an urchin until he was taken under the wing of illusionist pickpocket Burgess Swiftglimmer. Burgess spent years teaching Leonard the skills to be a thief and a code of honor. Now 25 years old, Fynch learns that there is a contract on Uldurn Bosekern’s life and must decide if he wants to make the shift from thief to assassin to avenge his parents’ death.

Rivenport is a city in a fantasy world of monsters and magic undergoing its own industrial revolution and the gilded age. It is a city where gargoyles roost in factory smokestacks, textile workers spin silk from giant spiders, and some criminals literally disappear into the shadows. It is a city where beings that can never die must coexist with beings that live less than a century and people who can bind powers from other realities must work with those who cannot even read.

If you would like to help make Rivenport a reality please follow the link below for a free five-page preview of issue one as well as more information on the unfortunate rouges gallery in this Dickensian tale of revenge.