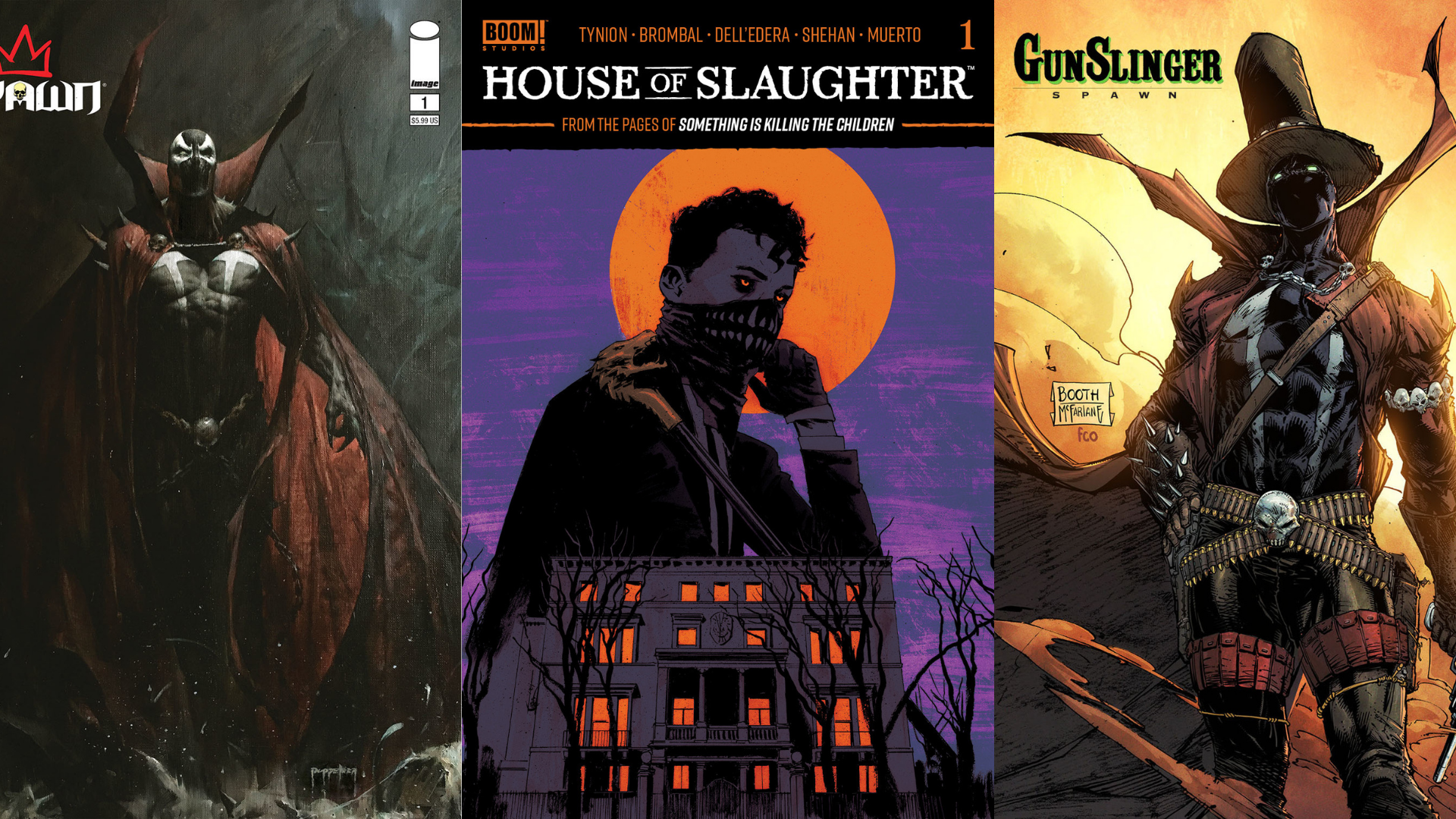 Image Comics had two books among Diamond’s top shipping comics for the year, both spin-offs from Todd McFarlane’s Spawn that launched “Spawn’s Universe.” In addition to King Spawn, McFarlane, Ales Kot, and Brett Booth’s Gunslinger Spawn#1, featuring a Spawn from the Wild West resurrected in the present day, ranked #3 for the year.

James Tynion IV and Martin Simmonds’s The Department of Truth Volume 1, the opening volume of the Image Comics series about the conspiracies underlying the modern world, was the top-selling graphic novel through Diamond Comic Distributors in 2021.

Two volumes of James Tynion IV and Werther Dell’Edera’s Something Is Killing the Children from BOOM! Studios placed in the year’s top ten; Volume 1 ranked #2 and Volume 3 ranked #7.

“2021 was a tremendously strong sales year for Diamond and the industry as a whole, and we’re looking forward to building on those successes in 2022,” said Tim Lenaghan, Chief Purchasing officer of Geppi Family Enterprises, the parent company of Diamond Comic Distributors, of the year’s sales.  “We’re incredibly pleased to congratulate Image, Todd, and all the creators involved with King Spawnon producing the number #1 book of 2021 as we celebrate Image’s 30th-Anniversary.  It’s great to see that Spawn is still ‘King’ after all these years!”

How does Diamond calculate the charts?

It all starts at the comic book shop.

Data for Diamond’s sales charts are compiled by Diamond Comic Distributors from sales made to thousands of comic book specialty shops located in North America and around the world.  Additional sales made to online merchants and other specialty retailers may be included as well.

Ranking is calculated based upon orders for comic books, graphic novels, toys and games invoiced and shipped to Diamond customers during any given month, which comprises pre-orders, advance reorders, and reorders, minus any products that are received back from a title marked as returnable. Please note that products marked with an asterisk (*) have had their reported quantities reduced due to retailer returnability, and thus may rank lower on the charts than their actual sales would reflect.