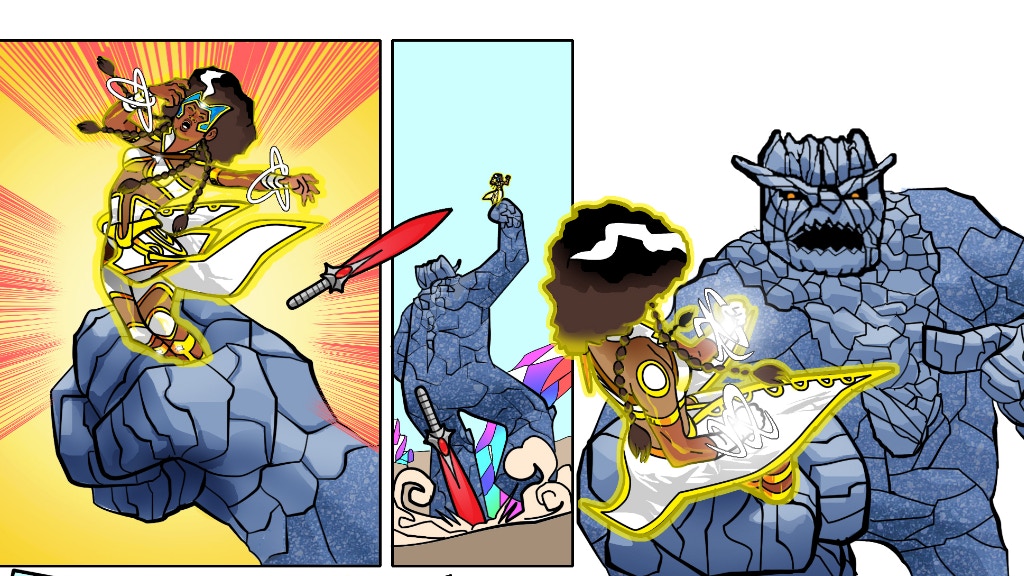 CnS Comics is starting off 2022 with a full array of new books. With the release of Spedi Sousa’s Dark Fantasy Issue #1, CnS Comics officially launched its expansion. Now offering four different series from two creators, with an additional IP, The Realm of Amaania, set to launch later this year.

If that isn’t exciting enough, CnS Comics is bringing the Tales of the Stars series back to Kickstarter for its fourth issue. This issue is 32 pages of high-octane action! All the previous tension explodes into page after page of epic battle. You’ll be left wanting more with the nail-biting conclusion to the first volume of the series that started it all.

CnS Comics is also expanding its animated universe. With the addition of new team members, they have taken significant steps into establishing the ability to produce feature length animated films. You can expect continued emphasis on animation, according to the company’s founder Wilson Lee. “We’ve got a really great group forming. We’ve taken on the right people and that’s given us some powerful capabilities.”

CnS Comics is approaching 2022 with a strong emphasis on community engagement. You can expect to see them at a number of comic cons this year. Make sure you subscribe to their newsletter, so that you stay updated.

CnS Comics continues its mission to partner with local comic book shops. Now offering wholesale pricing for all shops. They can be reached at info@CnSComics.com. CnS Comics are now available in three different locations in North Carolina:

Tales of the Stars Issue #4 Art by Steven “Sash” Scott

Corollary takes readers to a galaxy twice as far, far away
Nigel Lynch Launches The Diary of the Stray Dogs: The Wounded on IndieGoGo
Sponsor