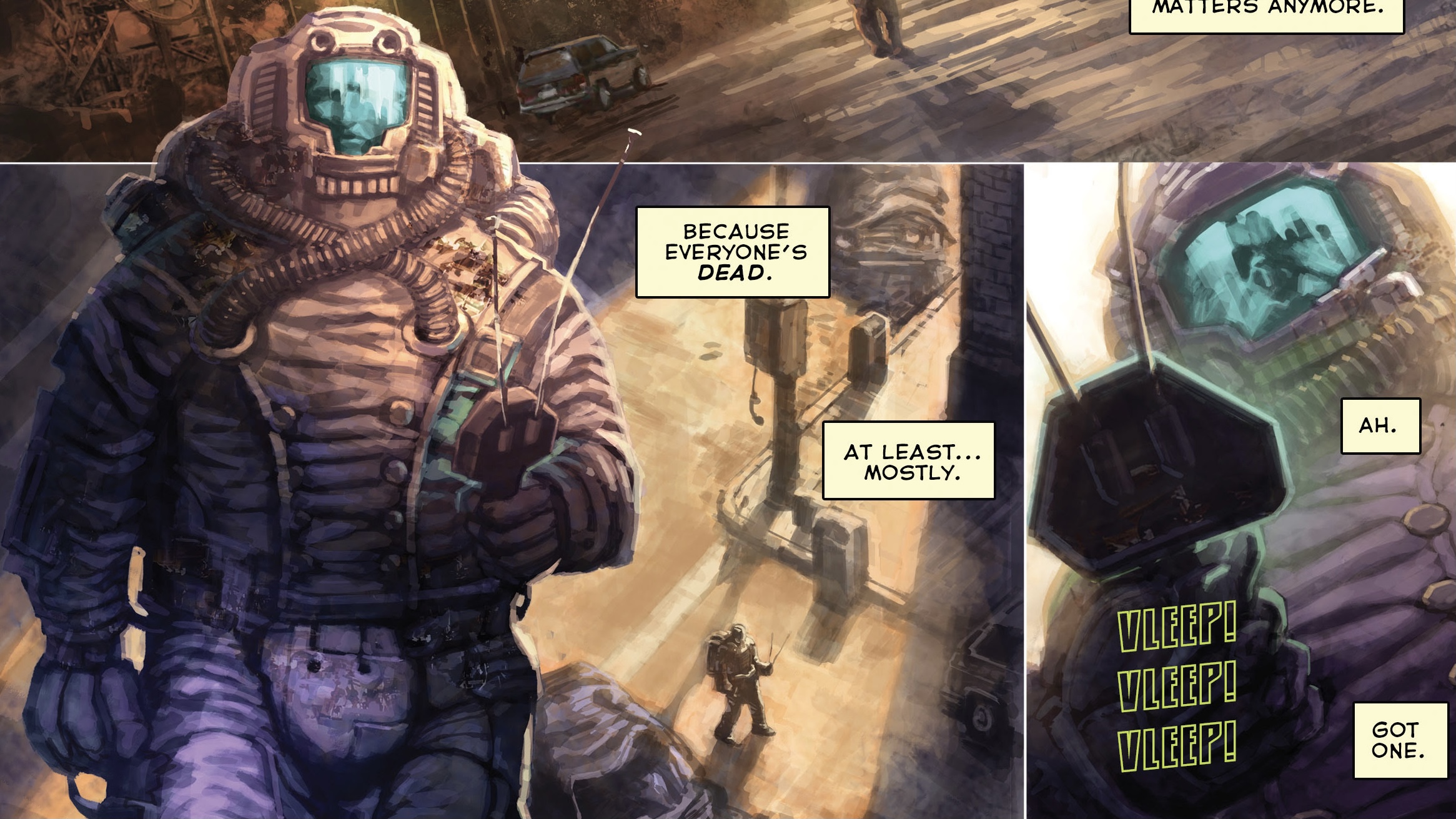 Asylum Press announces Beyond Doomsday: Illustrated Tales of the Apocalypse is a science fiction anthology that features twisted tales of post-Armageddon terror. Bringing together a collection of artistic talent that spans the globe, this dystopian tome of comic book narratives takes you to the darkest regions of our future. Many of these stories were featured in Heavy Metal Magazine. Other tales are brand new to this volume. Featuring an amazing cover by U.K. artist Ryan Brown (Heavy Metal, Marvel, IDW). Most of the stories in this collection are written by Frank Forte (Heavy Metal, Lovecraft Country, Asylum of Horrors) Highlighted tales feature: “The Transaction” by Sylvester Song, takes us on a dirty deal gone bad in the darkest regions of space. “Battlefield X” brings us on the front lines of a bio-chemical war. “Mutation” by J.C. Wong, delivers a tale of post-nuke mutations and sexual deviancy which can only have disastrous results. “Beacon from Scorpius 4” illustrated by Edu Menna, brings you to the edge of space where a lone astronaut responds to a distress signal — could it be his doom? “Sex Tales from Cyborg-9” takes us to a planet where a group of aliens are exchanging bizarre sex stories, until a secret is revealed. “Swamp Girl” features a crazed girl that can’t seem to get enough of her swamp beast lover. “Pondering in the Apocalypse” is about a lone survivor of a nuclear war who ponders humanity and the future of the earth. Other tales include “Incident on Alpha Proxima” and “Short Circuit.”
There are also brand-new tales to this volume that have been previously unreleased. These include a previously unpublished Steve Mannion (Fearless Dawn) story entitled “Evil Sex Bitch”. “BLAKE DIXXON: A Vampire Love Tale” takes us on a journey through a post-apoc nightmare world, where the paranormal is real. Blake Dixxon, a warlord of the Apocalypse, attempts to free his lover from the grips of a vicious vampire clan. “A Victorian Ghost Story, written by Frank Forte, illustrated by Edu Menna, and colored by Liezl Buenaventura, takes us to a steampunk London where a couple is about to buy a flat, but soon determines it’s haunted.

“I’m really excited to launch an anthology and a blog of all things post apoc. I grew up watching the Mad Max films and its many imitators and lived through the Cold War era of the 80s and 90s. I love the genre,” explains creator and editor Frank Forte.

The cover artist for the Beyond Doomsday collection will be by Ryan Brown (Mars Attacks, DCeased, Heavy Metal).

“Reading Heavy Metal, Epic Illustrated, 1984, 1994, 200 A.D. and other foreign anthology magazines really gave me an early love for the doomsday/post-apocalyptic genre,” Frank Forte continues,” This collection has been nearly 15 years in the making, I’m excited that it can finally see the light of day, “

A preview and trailer can be seen on Diamond Comics PreviewsWorld website
https://previewsworld.com/Catalog/FEB221246

Asylum Press asks that you place pre-orders at your local comics shop before Feb., 18th 2022.