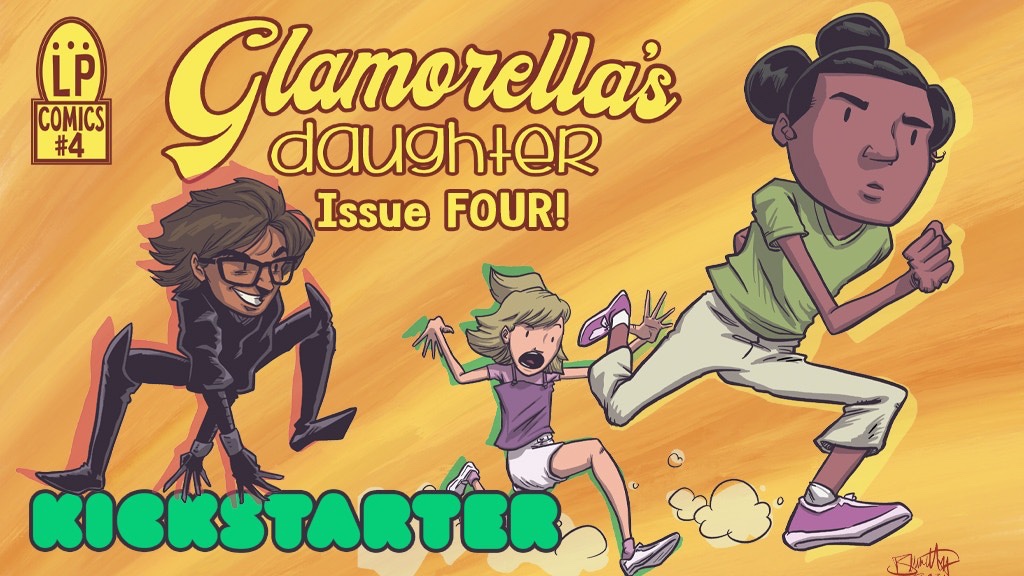 Glamorella’s Daughter, the story of Comet, a brilliant and neuro-diverse kid with a superhero for a mom and a super scientist for a dad, is back with a new chapter! Issue #4 opens with Glamorella and Comet finding out Emmett is missing! Comet must make an uneasy alliance in her quest to save her dad, while Glamorella wrestles with conflicting responsibilities.

The fourth issue of Glamorella’s Daughter kickstarts Wednesday, January 20 – Thursday, February 4, 2021. Reward tiers include the opportunity to catch up with all four issues and the continuation of the Glamorella’s Daughter Sticker Series as the first physical stretch goal. Issues 1, 2, and 3 were selected as Kickstarter “PROJECTS WE LOVE,” and had excellent backer response. For newcomers to see what Glam and Comet have been up to, issues 1 and 2 will be free to read on GlobalComix.com for the duration of the campaign: https://globalcomix.com/c/glamorella-s-daughter/chapters/en/1/1/1

Creators Jerry Bennett and Charles J. Martin return us to Comet and family in crisis! When word of Emmett’s disappearance through the portal reaches Glamor Manor, Comet decides to take things into her own hands with the help of Isaac and an unlikely ally. Like mother, like daughter. But just wait until Glamorella finds out…

Literati Press Comics & Novels, also the publisher of The Rez Detectives, The Black-Jack Demon, and We Promised Utopia, is a creators’ publishing company located in Oklahoma City’s Paseo Arts District that offers mentorship, support, and representation for dynamic and unique new voices. Literati Press prides itself in advocating for promising projects that are captivating and commercially viable; advancing Oklahoma storytelling; printing in the United States; and offsetting the carbon footprint of its comics to help mitigate climate change. For further information visit www.literatipressok.com.