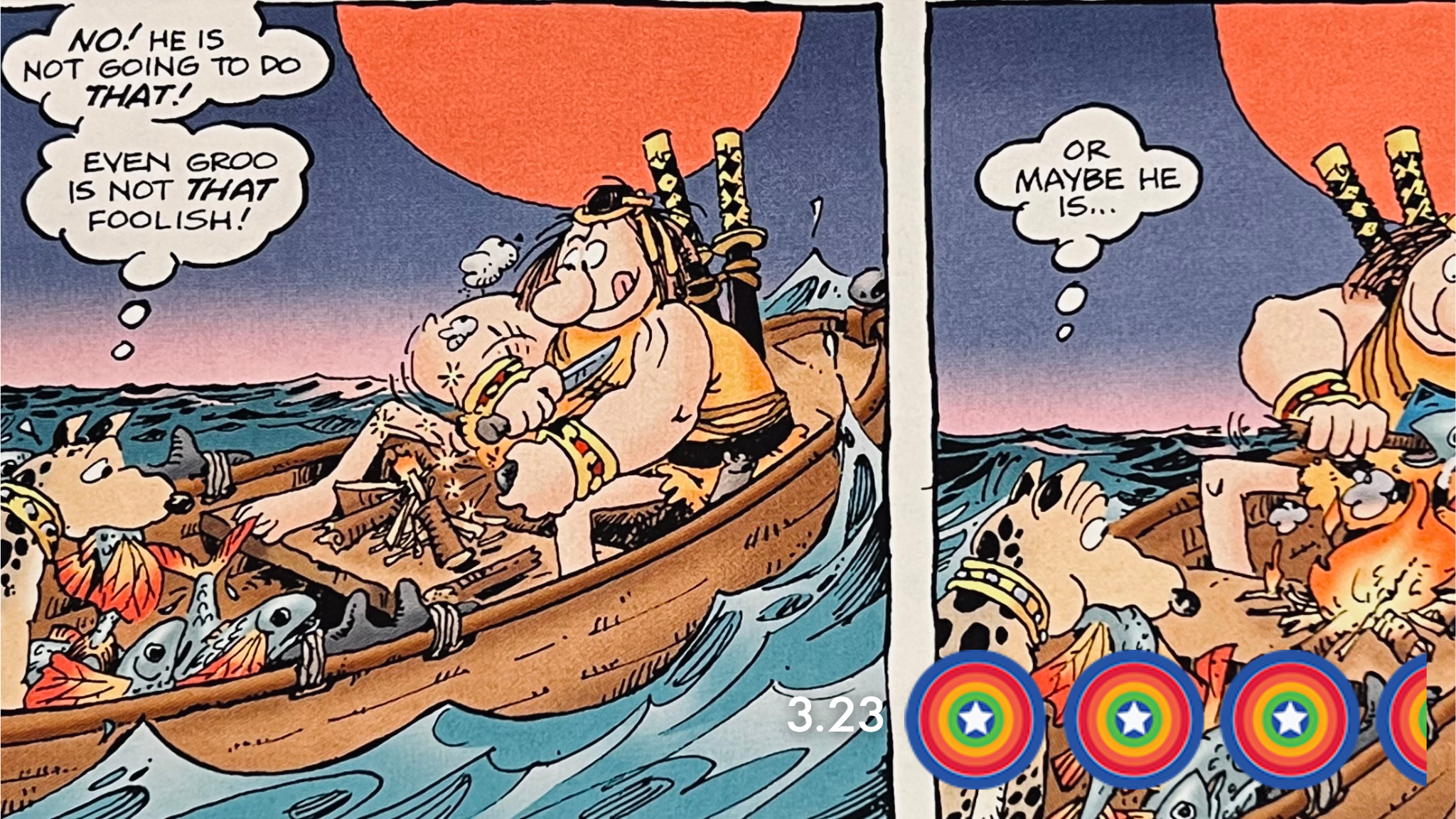 Everywhere Groo goes, people run in fear. The combination of his abilities as a warrior and lack of intelligence result in nothing but a path of devastation. If Groo gets on a boat, inevitably it will sink. That’s where we find our hero at the beginning of Groo: Gods Against Groo #1. He was on a ship that sank. Groo managed to even get into a life raft and miraculously survive something else where his stupidity should have killed him. On the life raft he catches a flying fish and starts a fire to cook it, thus sinking the tiny vessel and killing Groo. As it turns out, with the amount that mortals talked about Groo, he became something of a god. Now he’s immortal and making life interesting for every other god… To the point that they want him dead.

As a child, Sergio Aragones kept me in stitches for years with his work at Mad Magazine. When I first discovered Groo in the late 1980’s I instantly liked the character. Here was the perfect antihero. He has a heart of gold that makes you love him.

Being a good guy only gets you so far. He is just so inept that it’s only a matter of time before he destroys something and turns everyone against him in the process. There are few characters that make it more difficult to decide if you want them helping you or fighting you. Orko from Masters of the Universe and Launchpad McQuack from Duck Tales are the only two I can think of that come anywhere near Groo’s level. Watching the fallout of Groo joining the gods was a treat.

The whimsical style Groo is drawn in is part of what makes him so great. He doesn’t get such vivid detail that even his abs have abs like a lot of characters we see now. He doesn’t need to be the most powerful man in the universe to be a fascinating character. The artwork for this title hits it out of the park by letting Groo be Groo.

From time to time the story lines for Groo take on some heavier themes. The first issue of Groo: Gods Against Groo isn’t one of those times. As a geek on a budget I am okay with that. Once in a while you need some light reading and a few laughs. Groo is always up to that task!

REVIEW: I HATE FAIRYLAND #2
Breaking In as a Graphic Novelist – Part 2
Sponsor