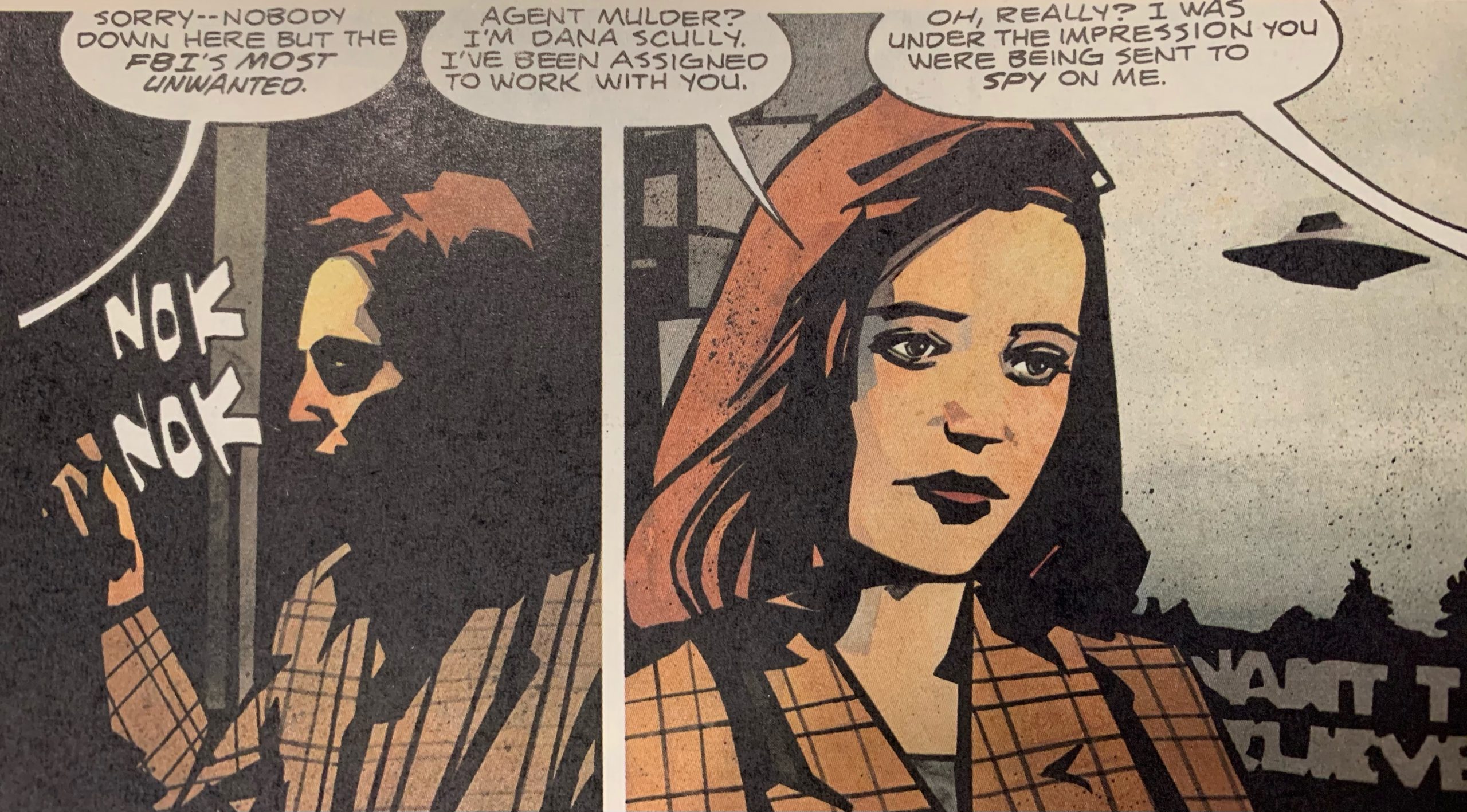 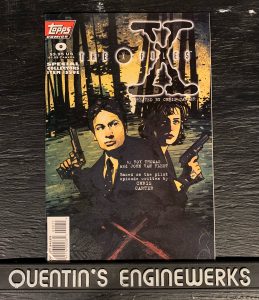 Book Description: F.B.I. Agents Fox Mulder and Dana Scully investigate a mysterious death that occurred in Collum National Forest in Northwestern Oregon. Over the course of the investigation someone local is interfering with it.

The X-Files #0 is a comic book adaptation of the pilot episode. We see how Agent Scully was assigned to work with Agent Mulder in the X-Files. Her job is to debunk Agent Mulder’s work and report her findings to her superiors.

We also get to revisit their first case in Northwestern Oregon, where college aged students are dying in the middle of the forest. It becomes apparent almost immediately that someone is trying to cover up the truth. “How does a 20 year old boy die of exposure on a warm summer night?”

In a crazy investigation that includes having a coffin without a human being inside of it and the agents’ hotel room burning down, destroying all the evidence they collected ensues. When the smoke clears we see that the suspect is Billy Miles, son of the local sheriff.

The story is very good. It was when they used it in the tv show nearly 30 years ago. The comic book adaptation matches the pilot almost verbatim. The only difference between the two is the comic book doesn’t pull you in the same as the show did. That could be because I already knew the story though.

I was a bit disappointed with the interior artwork, most notably the way the coloring was done. The tones were done in a way that is distracting to the reader. I did like how well the artist depicted Scully and Mulder. The work looks just like Gillian Anderson and David Duchovny in most of the panels.

As a huge fan of The X-Files, I was very excited to get my hands on this issue. I had visions of deleted scenes and other content dancing through my head when I picked this one up. Unfortunately that was not the case.

At the end of the day I would say if you’re an X-Files junkie this is a good pickup for the right price. If you’re not convinced that the truth is out there stick with the tv episode. You won’t miss anything.