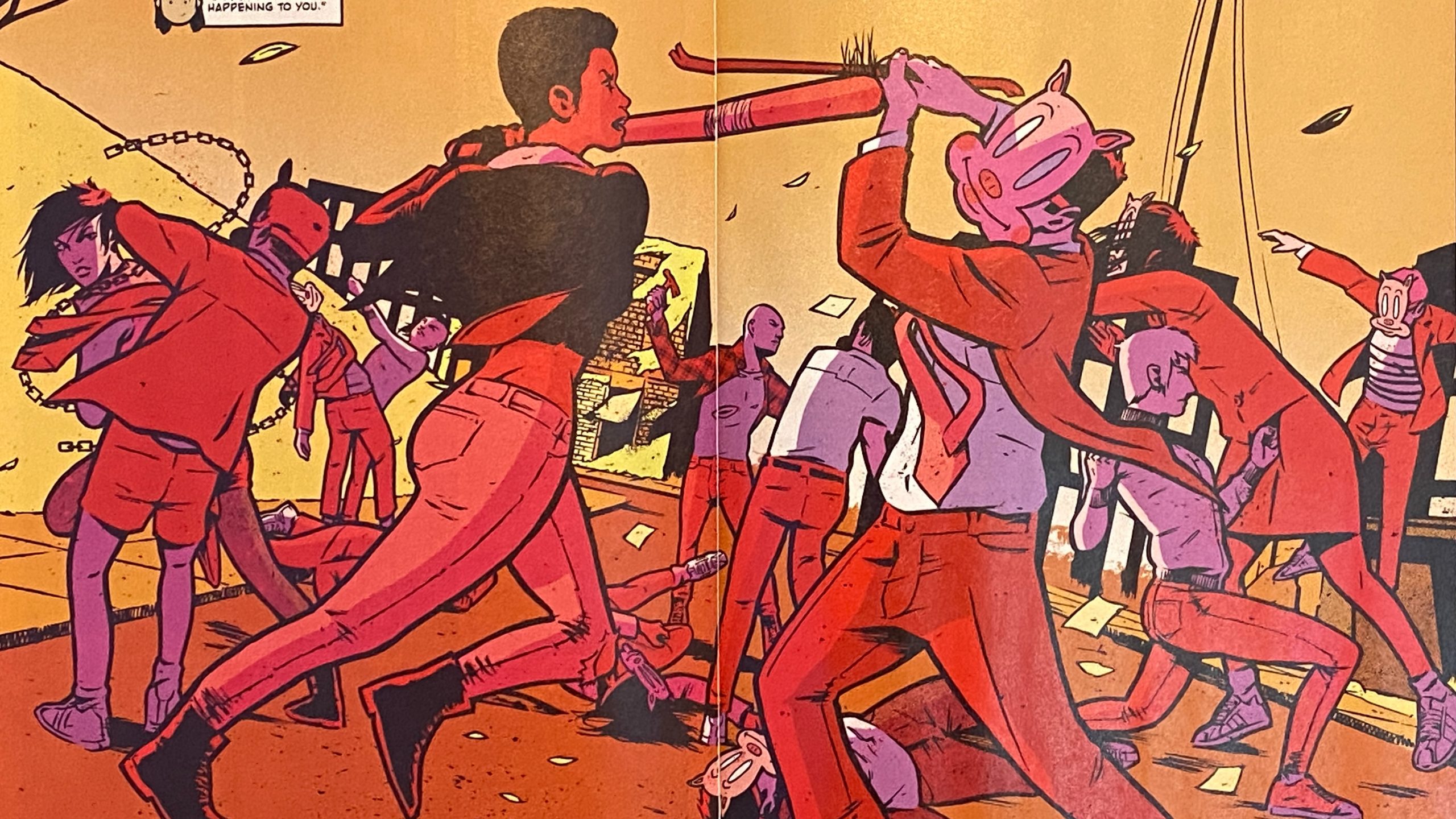 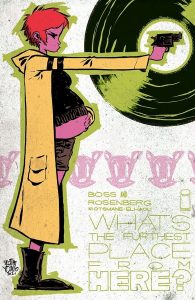 Book Description: The story takes place in a post-apocalyptic society that seems to be run by children. One of whom is pregnant, when a sudden appearance by someone who thought long gong, suddenly reappears and brings with him on his heels strangers and a rival gang.

As the two gangs fight it out over issues of a pact violation, the character Slug passes away and his body disappears, only to leave a loaded firearm with the Young gal Sid who is also pregnant. When Slug dies, Sid takes the gun outside and aims at the enemies of the group that Sid is with, and shoots one.

As the main story gang retreats back into their building they discover that while Sid thought Slug was dead, his body has disappeared, now making people wonder if he was dead or not when Sid left his side. As they have a memorial service for Slug, The leader, Alabama, states that it is a funeral for the entire gang, which they call a family.

During the party, Sid, who doesn't drink, goes to the roof and meets Oberon as they look out into the night and see the flames of the other neighborhoods bright with light. Sid then proceeds to tell Oberon to go down to the party and that She will keep watch. Oberon agrees but tells Sid to just holler if she needs anything, as the party continues it is revealed that the enemies of the gangs are closer than they appear.

When morning arrives the leader of the story gang Alabama asks Oberon about why he wasn’t on guard duty and it is revealed more time has passed than he realized. They run to the roof and discover that Sid is gone, with only a bloody knife as evidence that she was even there.

The story is more than I expected.  It’s divided into 8 chapters but the chapters themselves are woefully uneven, which makes me wonder why they are there at all.  At the beginning of the story, we find that the characters are living in a record store, and they have to find their meaning by searching through the records.  But this plot point is quickly dropped in the first chapter even though the record motif is prominent on the cover of the book that I have.

The cover and interior artwork is very wonderfully stylized and remind me of comics I read during the ’80s. A great style to be sure, just reminiscent of my childhood, which is part of why I enjoyed reading this venture.  The cover of the issue I have shows a record on the cover, but the music reference is barely there in the front of the book.

While the story is easy to follow it reminds me of a class B movie from the ’80s.  The world has ended and now we survive.  It feels a little like Lord of the Flies meets the original Neverland where your music choice defines you.  There are subtle references to other genres in the form of the Pig masks and the Star Wars-looking ship on the very last page.

While this book wasn’t my cup of tea, it was a good read nonetheless. The coming of age story always resonates with someone and makes a difference in their lives when it does.  This story may not be something I will pick up again, but I think that it is great for someone who needs it!