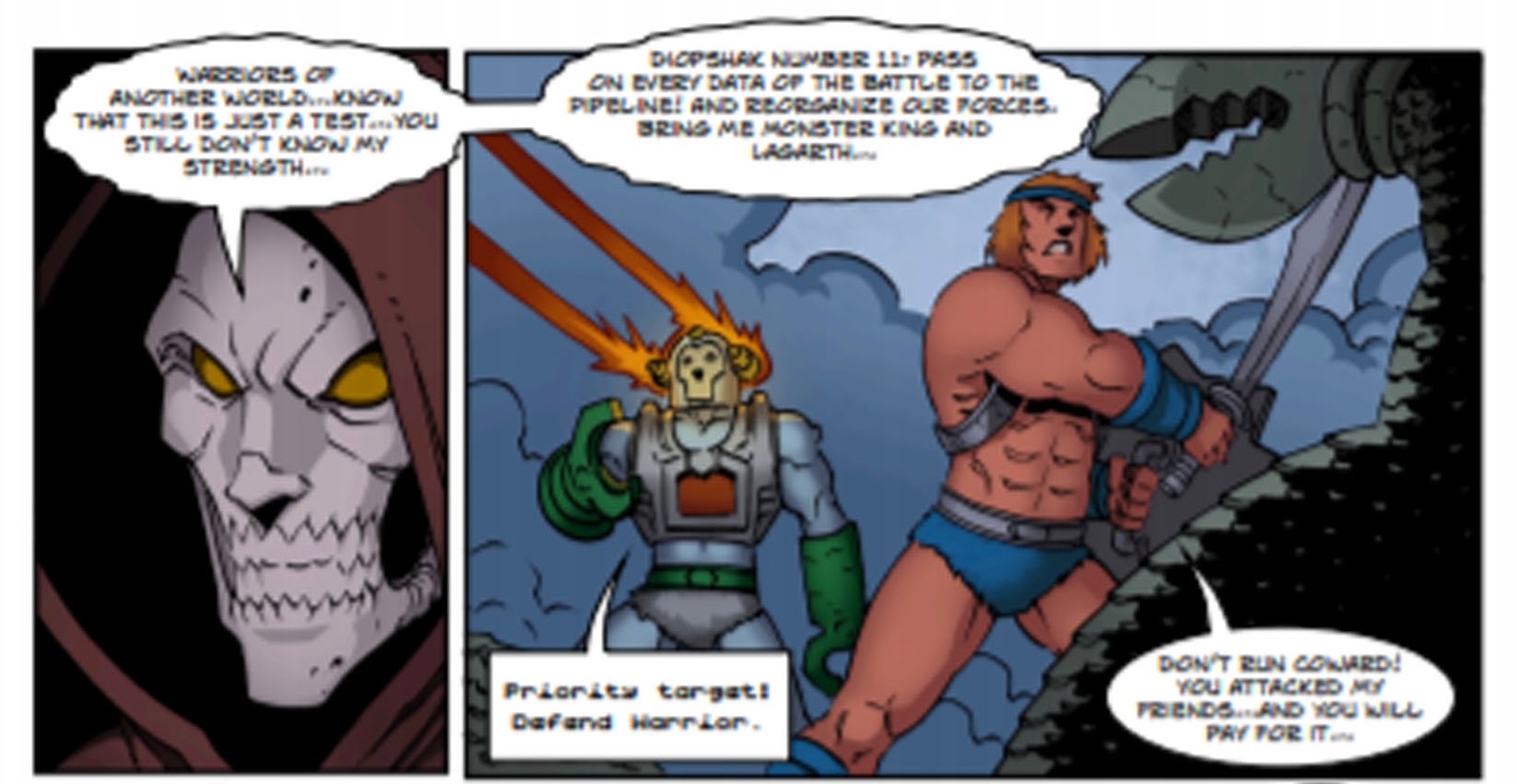 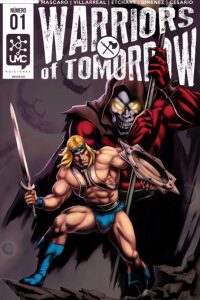 Book Description: Warriors of Tomorrow follows the exploits and adventures of a small band of human fighters (plus a lion and robot) led by a character called Warrior who are supporting Dr Kwyanazoc, a scientist, in his exploration of a new world, planet 10. They are seeking new planets that will support human life. Volume 1 doesn’t cover the backstory that led to the expedition though this is picked up in later volumes.

The action kicks off immediately with the group encountering bio hazard plants and the situation rapidly deteriorates as a hostile reptilian/animalistic force emerges that attacks our intrepid explorers. It transpires this force is under the command of the stories antagonist Kalavar, a humanoid type entity who rejects the entreaties to peace made by the humans and is intent on killing them or at least forcing them off planet.

This first volume covers the fighting between the human forces led by Warrior and Kalavar’s forces. At the end of volume 1 just as Warrior and his compatriots have discovered the source of Kalavar’s power and beaten off an attack by his forces a second alien group is introduced. These are psychically and technologically advanced and inhabit a space craft orbiting the planet. They appear to offer an alliance with the human forces in their fight against Kalavar.

UMC Ediciones are an Argentinian-based graphic novel publisher established in 2013 and with four main titles to their credit already. They state it is their intention to generate their own collection of homegrown superheroes whose stories will be covered in their publications.

A cursory glance through Warriors of Tomorrow suggests a dated children’s comic with clearly defined but essentially simple characters that have limited character arcs. Although the plotline is ‘humans seeking new worlds’ comparison with other sci-fi stories sharing this trope, such as Avatar or Battle for Terra is not really appropriate. Rather, Warriors of Tomorrow has more in common with the sci-fi/space/fantasy children’s adventures of the 80’s such as Jayce and the Wheeled Warriors, Mask, Thunder Cats, and Masters of the Universe.

The artwork, both cover, and internal art, is of a bold simple style that perfectly sits with the tenor of the story.

At this point you may be thinking why would adults read this? It might be suitable for children, though children nowadays are used to more sophisticated fare than in the 80’s. What would the attraction be?

Guillermo Zanocco, a UMC editorial staff writer, states that they are attempting to use the simplified style and storylines to reconnect the reader with sci-fi of the past where it was a mirror for a cleaner more positive world view compared to the conflicted and darker realities common in more recent/adult sci-fi offerings.

Ok, I thought I’ll give it a go, bear in mind I prefer hard, dystopian, darker sci-fi offerings. To my surprise, I actually enjoyed reading Warriors of Tomorrow. I think it’s something to do with reading it with the heart rather than the head.

Where this comic does fall short is in the translation from its native Spanish into English. I know translation isn’t easy and sometimes a few idiosyncrasies can carry a certain charm however it goes beyond that point in places and does get in the way of reading the story.

I think more negatively than it’s getting in the way of reading the story though is that it emphasizes in a negative way the simplicity of the story and artwork, detracting from the whole rather than reinforcing its intended positive simple character as discussed earlier.

I think if the dialogue can be consistently brought in line with the storyline and artwork then this has the potential to be strong if unusual offering.