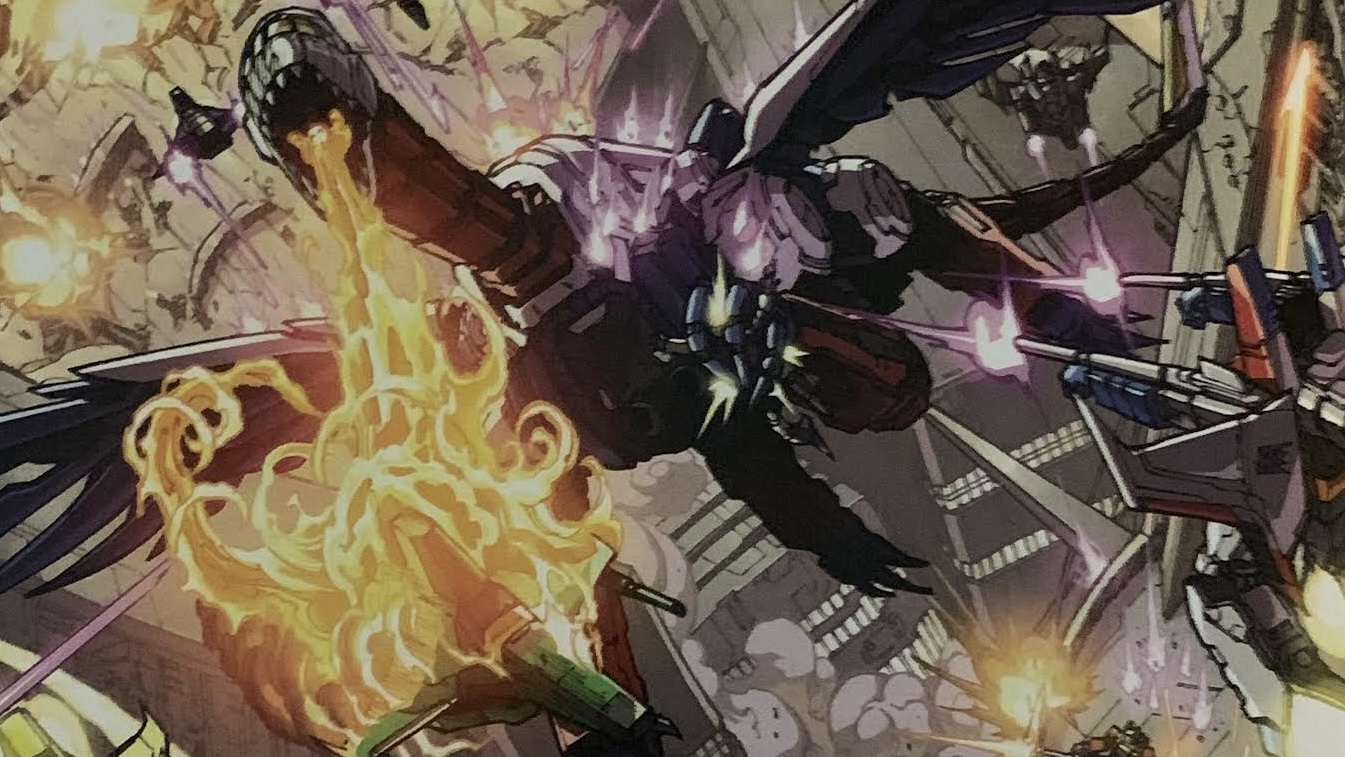 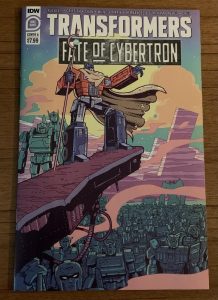 Book Description: The civil war on Cybertron is over. Optimus Prime has ceded to Megatron. Megatron can have the planet that the Transformers have called home for countless cycles. All Optimus asks for in exchange is the ability for any who desire to leave to do so peacefully. That’s not enough for Megatron. He wants Optimus Prime beaten into submission and begging for mercy. Anything less than that allows Optimus to continue to be a threat to Megatron. He can’t abide by these terms. Rather than accept Prime’s offer, Megatron goes on the attack. Optimus and the Autobots fall back and go into a full retreat. They are making haste for a ship that is prepared. It doesn’t have much range or energon; but it’s the last, best, and only hope the Autobots have of beginning a new life. The only question is whether or not they can survive the onslaught of Megatron and the rest of the Decepticons to make it to the ship.

This story brings us full circle to when ”Transformers” burst onto the scene in 1984. The story began with Optimus Prime and the Autobots leaving Cybertron on the Ark to get away from the civil war. I find comfort in knowing that after everything that has happened through the passage of time the outlook of Megatron and Optimus remains constant.

Megatron isn’t wrong. Optimus will always be a burr in his diode. Optimus even admits to it. It raises a question: who is truly the antagonist in “Transformers”? A legitimate argument can be made for both sides. Megatron wants to rule and is set in his ways. He’s not necessarily evil. Optimus doesn’t agree with the views Megatron has as a leader. That doesn’t necessarily make him a hero.

This book was bittersweet to me. I loved seeing some of the classic characters making an appearance and rekindling fond memories. It also saddens me to know that with the exception of a second “Shattered Glass” series that will focus on Ultra Magnus we aren’t getting any more new Transformers content for quite some time. Fortunately there’s a natural starting point whenever it picks up again.

There is no perfect cover to end an era. No matter what a vital character is going to be left out. With that being said, I liked how this one was done. Optimus looks every bit like the leader he is, taken his people to start anew in the unknown.

The artwork on the interior pages was done by a collection of artists we’ve seen a lot of in “Transformers” these past few years. Collectively, they put on a show! I loved getting to see Devastator in action again. As great as that was, my favorite panel has to be Starscream fighting Skylynx. That was timeless.

As a geek on a budget I believe that this book is a must read for Transformers fans. It’s filled with action and all the characters we’ve come to love through the years. Most importantly, it’s a chance to say goodbye… for now.