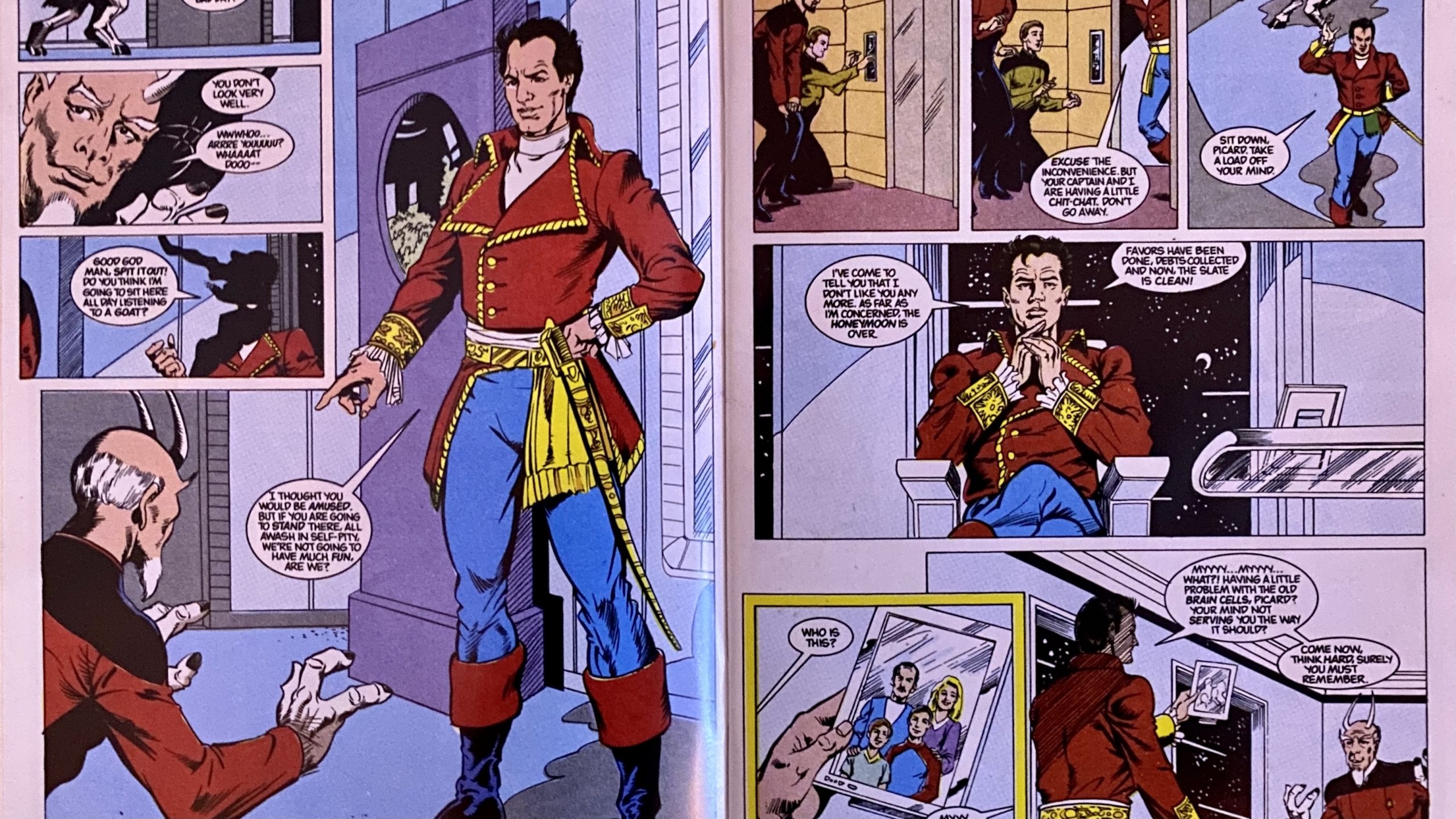 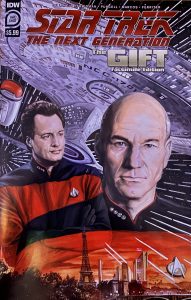 Book Title: Star Trek: The Next Generation; The Gift

Book Description: This adventure involves Captain Picard and the crew of the USS Enterprise as they deal with the entity Q. Picard starts in his ready room and looks at an old photo and regrets something from his past, only to be presented with an option from Q that he can't turn down, accepting that offer has unforeseen consequences that take Captain Picard and Crew on an adventure through an alternate timeline!

These are the voyages of the Starship Enterprise.  That’s a phrase I enjoyed growing up, and still enjoy to this day.  I can say with confidence that I have seen every live action series and every movie.  I was still going through my library of books when this came across my desk, and it piqued my interest, as I loved all the stories with Q!

As a long time Star Trek fan I look at the story and compare it to what I know. But with the writing and what is said by some of the characters, it seems out of place.  The story heads down a road and deals with some sciences that when said by some of the characters it fits, I am not saying that they do not have the intelligence or capacity to have such thoughts, but if this is supposed to be canon in comparison to the show.  The words don’t fit the character as portrayed on the screen.

The cover art is outstanding, the likeness of Q and Captain Picard are perfect and I can see the cover being a poster on a wall!  The interior artwork… not so much.  Don’t get me wrong the interior artwork is great, but if you are drawing a likeness of a pre-established character from a TV show that was actively on the air when this issue was first released ( in the 90’s).  You would expect the characters to match their on screen counterparts.  They don’t, they barely resemble them.

When simple things that are present in the loved live action show, are not there or changed in the comic book.  It can be a little distracting. Especially when it comes to the look of known characters to which I include the ship itself. I will say that this book is at the very least a good read at least once.  It deals with Captain Picard and a loss that affected him greatly and what would happen if circumstances changed.  There is a major issue that I will point out.  The brother mentioned in the story doesn’t even exist in the live action.  The brother in the live action is older, where as in this story the brother is younger.  The only thing I can figure out from an outside perspective is rights or the desire to change it up.

With all that I have said, I will say that this is definitely a story to read once at the very least. Because as the saying goes “These are the voyages of the Starship Enterprise!”.