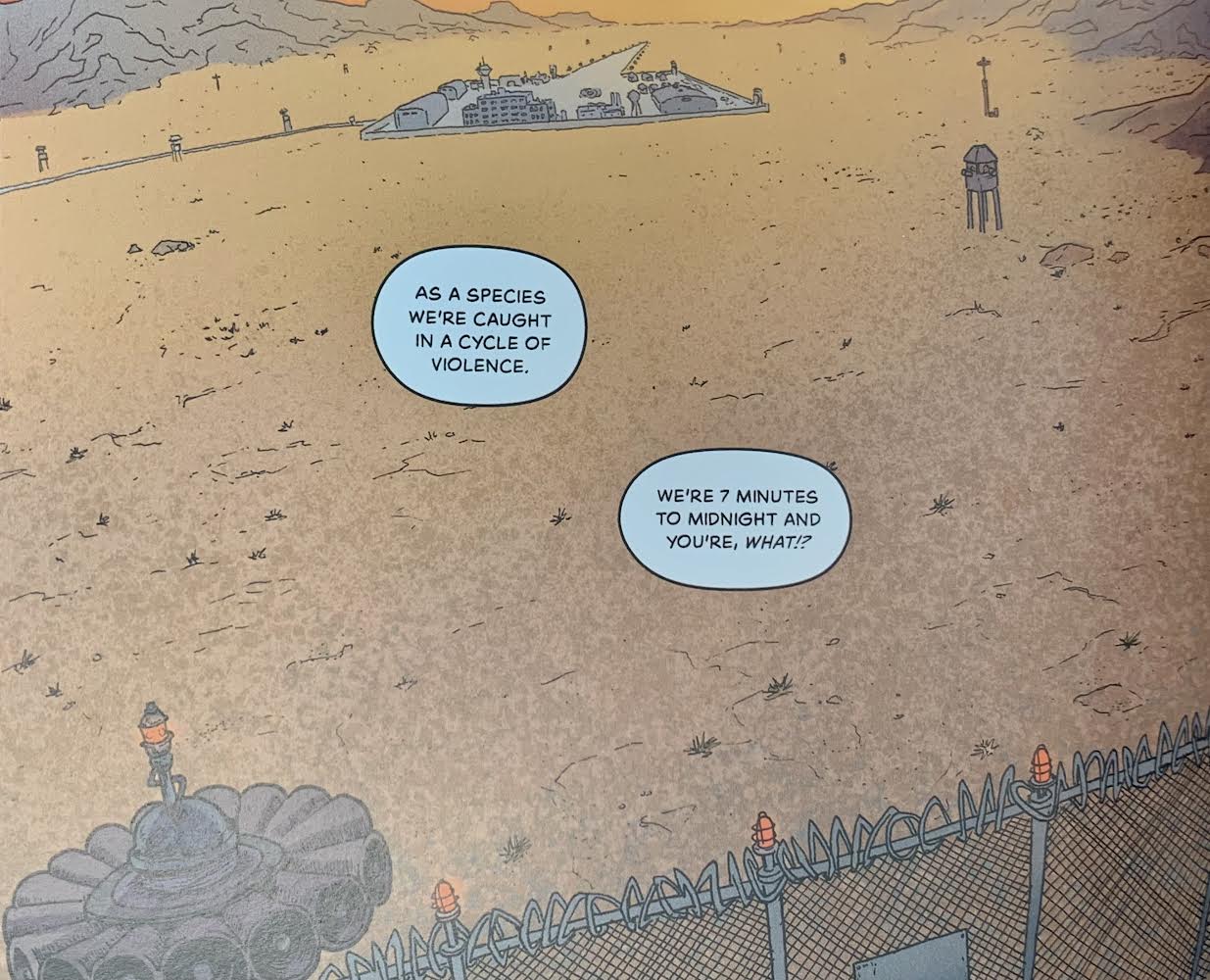 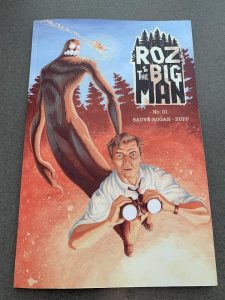 Book Description: “Roz and the Big Man” #1 simultaneously gives us two stories. In the first story it’s the late 1950’s. We meet a conspiracy theory reporter named Gerald Escondido. He’s trying to get the story of a lifetime from a former U.S. Air Force Captain at a bar in Santa Monica. Captain Jay Rupert was involved with a special detail that focused on “flying saucers”. He has a story to tell. There’s a catch. The conversation is not to be recorded. Additionally, Rupert will talk; but he will not answer questions. If these conditions are violated he’s done and Escondido doesn’t get his story. In the second story we get a story about Sasquatch quite unlike anything we’ve ever had. We get to see the origin story of this fascinating creature. From there we see how it made its way into folklore and legend over time in the unexplored wilds of early North America.

I love conspiracy theory stories. Rupert’s story about what happened in Roswell makes sense. Something crashed there in 1947. The American public embraced the storybook notion of little green men in a flying saucer.

That notion  is much more soothing than the idea of a Russian plane crashing over 200 miles inland from the closest border. What if it was a government sanctioned test on a new weapon? How would the public react to that?

I found the story about the Sasquatch equally fascinating. Before reading this story I hadn’t considered the possibility that this was the same being living an unusually long life when compared with humans. A lot of this story matches what I learned at the House of Vortex in Columbia Falls, MT.

If you believe the stories, Sasquatch is seldom seen because it has the ability to change shape. It can go from the creature we know of in our folklore to a bird or a speck of light. The House of Vortex has video footage of this light.

This cover makes us do a time warp back to the late 1950’s. The tone of it reminds me of aNorman Rockwell painting. It helps set the tone for the entire story.

The artwork on the interior pages continues the reader’s nostalgic journey. We get more detail than the artwork of that period; but it holds onto that magical feeling. I was especially fond of how the crash site was portrayed.

If you’re a fan of conspiracy theory stories, this one has the potential to blow your hair back. If conspiracy theories aren’t in your wheelhouse, “Roz and the Big Man” will certainly make you stop and question some things. As a geek on a budget I believe it’s well worth the price of admission to take this journey.

You can get your copy of Roz and the Big Man at:

REVIEW: Once Upon A Time in Xanatopia #1
Media Do International Expands Library of Japanese Content on OverDrive, Offering 20,000 Titles
Sponsor