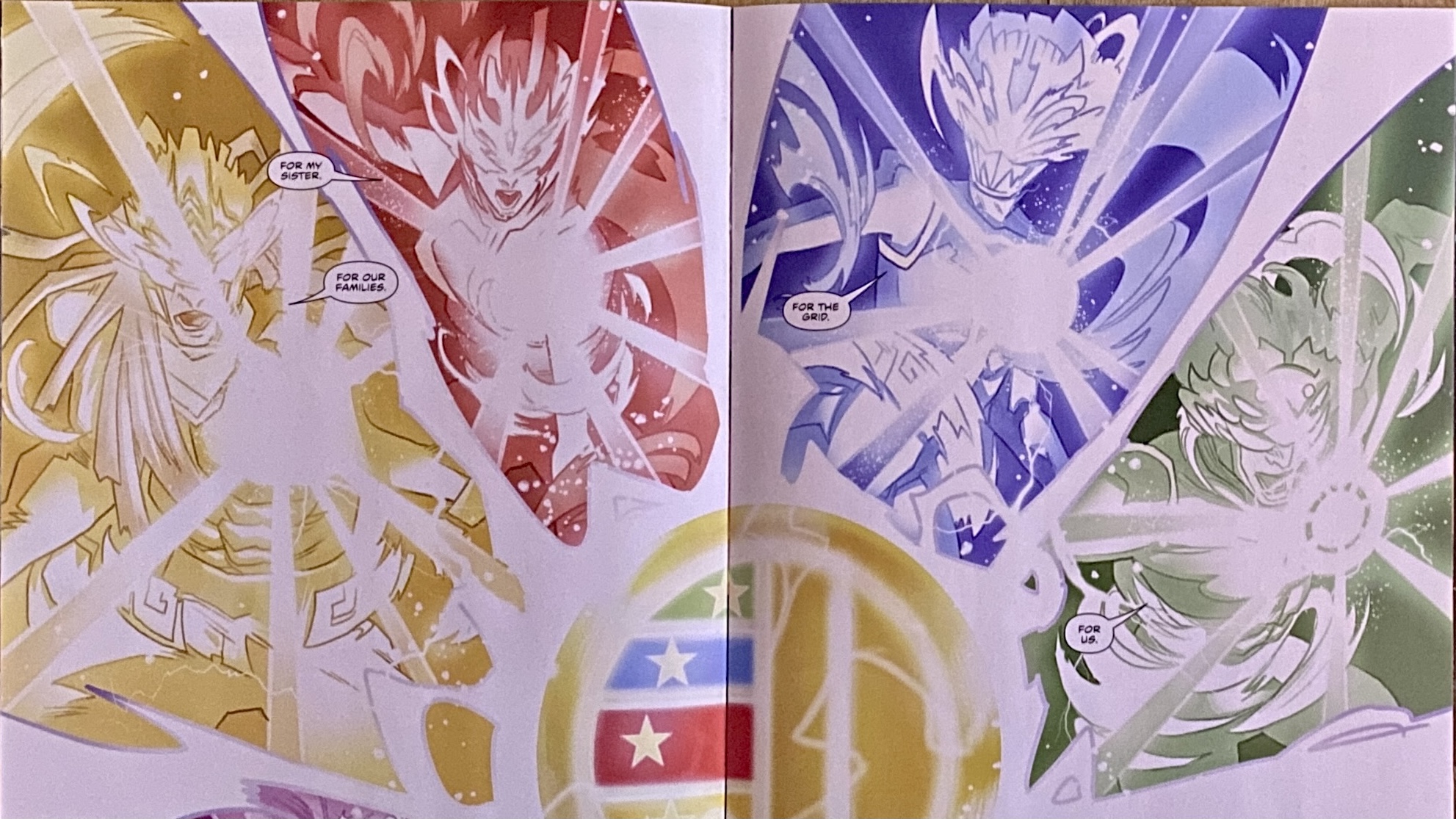 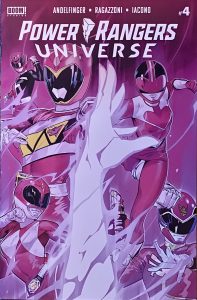 Book Description: Previously in the Power Rangers Universe! The kids that stayed behind to help others and save their known universe, have been traveling with a mysterious figure known as the Morphinaut. As the kids recoup and regroup it is revealed the power that has been they have gently siphoned off of the morphinaut is starting to endanger their health, unless Ori finishes the modifications to aid in their fight. When a message from the leader of the invading force suddenly invades their sanctum and re-invigorates their resolve. With renewed purpose the kids find themselves alone as the Morphinaut seals them in and takes on the invading force by himself. Not letting the morphinaut commit suicide by combat, the kids give Ori more time to perfect the modifications that are allowing them to have the Morphinaut’s power and begin aiding the Morphinaut in the battle. During the battle, the leader of the invading army arrives to join the frey, and has a discussion with the Morphinaut during the process that links to the Morphinauts past.

The cover art and interior art continue the high grade and polished style as the previous books, the color of this book changes to pink.  The covers continue to run the gambit to coincide with the colors of each ranger.  Doing so it continues the immersion into the story from the previous books and also continues to highlight the various uniforms of the Power Rangers in the universe and adds to the pleasure to see and read.

This particular story adds to the already established complex nature of this story, only in this instance more of the backstory of the Morphinaut is hinted at. Read my first review of this series, as well issue 1, for what has been revealed already. As well as what it takes for the kids to finalize their own powers.

Seeing the characters grow deeper as friends and become the first Power Rangers, though not named that yet. And watching the Morphinaut open up to these kids and grow as a character, is one of the best things of this series!

I look forward to the next book as I continue to enjoy the series, if you’re a power rangers fan at all then the further this series goes the more that I recommend it!