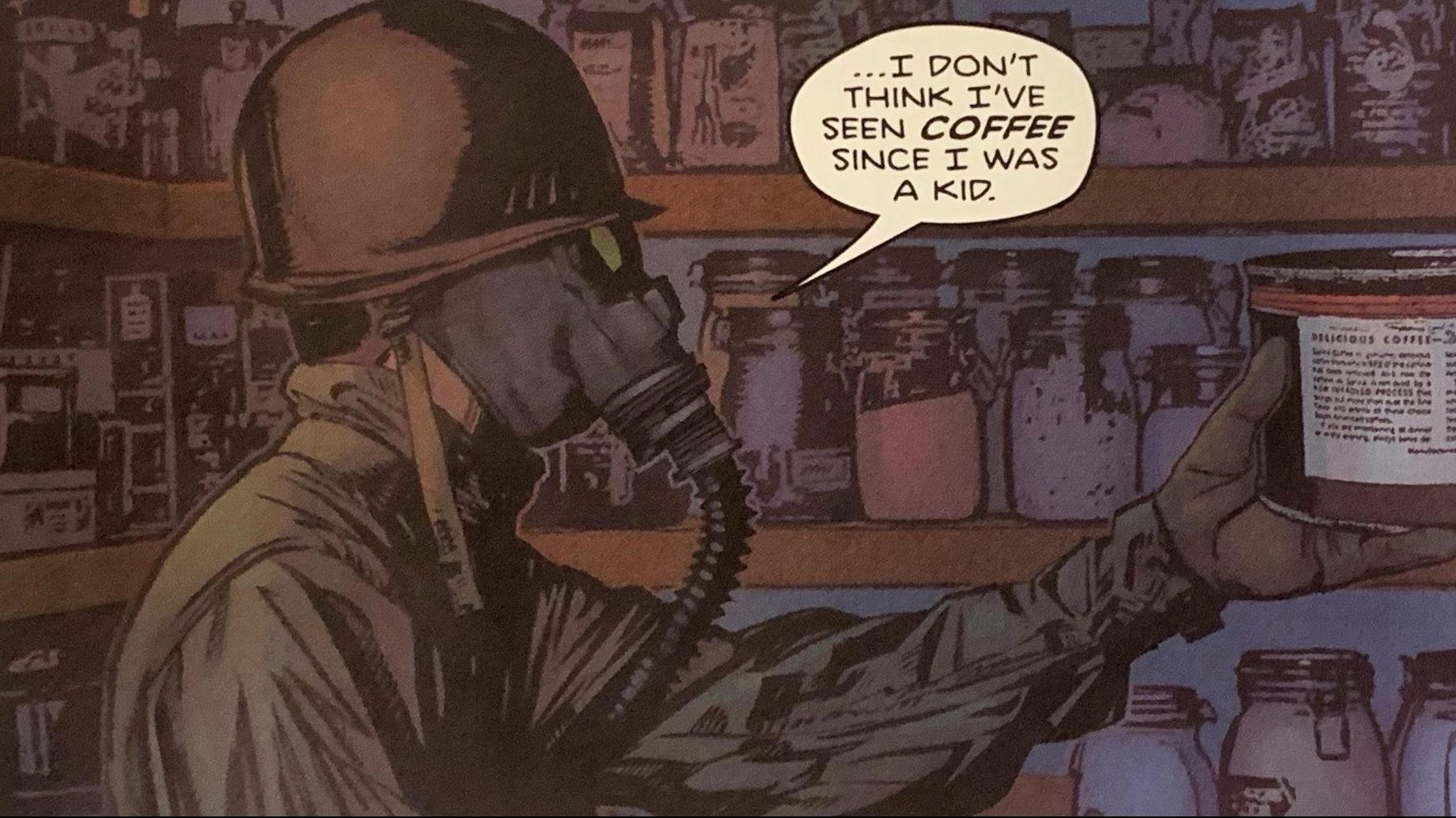 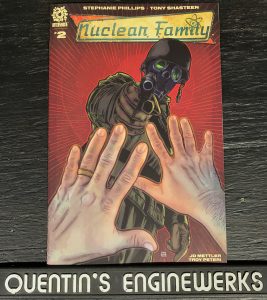 Book Description: Tim McClean and his family have received the shock of their lives! When the bombs started falling over Milwaukee at the end of the previous issue they sought shelter in the bunker underneath their home. The family surfaces to find US soldiers searching their home, which leads to Tim being accused of being a Russian spy. In their defense, the soldiers have valid questions. How is it that a home in a city that was leveled by nuclear bombs has no traces of radiation? How did the family have enough provisions to survive the time in the bunker? From Tim’s perspective this is very confusing. Dan, his coworker from the car lot, is one of the soldiers in his home. He served in Korea. How could he be a spy? How can this be happening? We get to see the new Milwaukee, a huge complex underground. That’s where we learn how the Soviet Union decimated the West Coast and more with a nuclear onslaught. What’s left of American cities are underground, like the one we’re currently seeing. That’s when we learn that ten years have lapsed since the bombs began to fall.

I got behind on my reading stack. Nuclear Family #2 is one of the books that suffered for it. For the last couple months it would work it’s way to the top, only to be buried in the newest stack of books on new comic book day. Huge mistake on my part! Now we’re up to issue #5 and I need to play “catch up”.

Somehow this story jumped the tracks and went from being a book about the Red Scare and became something out of the X-Files. I love it!

Up to the point when we get the big reveal the story is very confusing for readers. Afterwards it makes perfect sense. The soldiers aren’t wrong to have their suspicions. I would too.

Even after the reveal, I still have questions:

My best educated guess is that “because comics” the McClean family ended up in a parallel universe. I’m going to have to keep going with the series to see if I’m right.

So far Nuclear Family is two for two on covers that are striking. With everything being about the Red Scare in the first issue I truly expected the soldier on the cover to have an Eastern European accent. This was so much better!

The artwork on the interior pages is terrific. I liked the subtlety that continues to be taken care of. The orange peel paint job of the paint on the coffee can that was very commonplace in the 50’s is a great example of it.

The dialogue makes for an excellent narrative in this issue. It brings the reader up to speed without having lengthy editor’s notes.

While it is confusing in places until you realize what has truly transpired, the geek on a budget in me says that this is a must read. As I have mentioned, we’re already on book #5. At this point tracking issues down in your local comic book store may be difficult. I strongly recommend pre-ordering the TPB so you can get the entire story and binge read it!