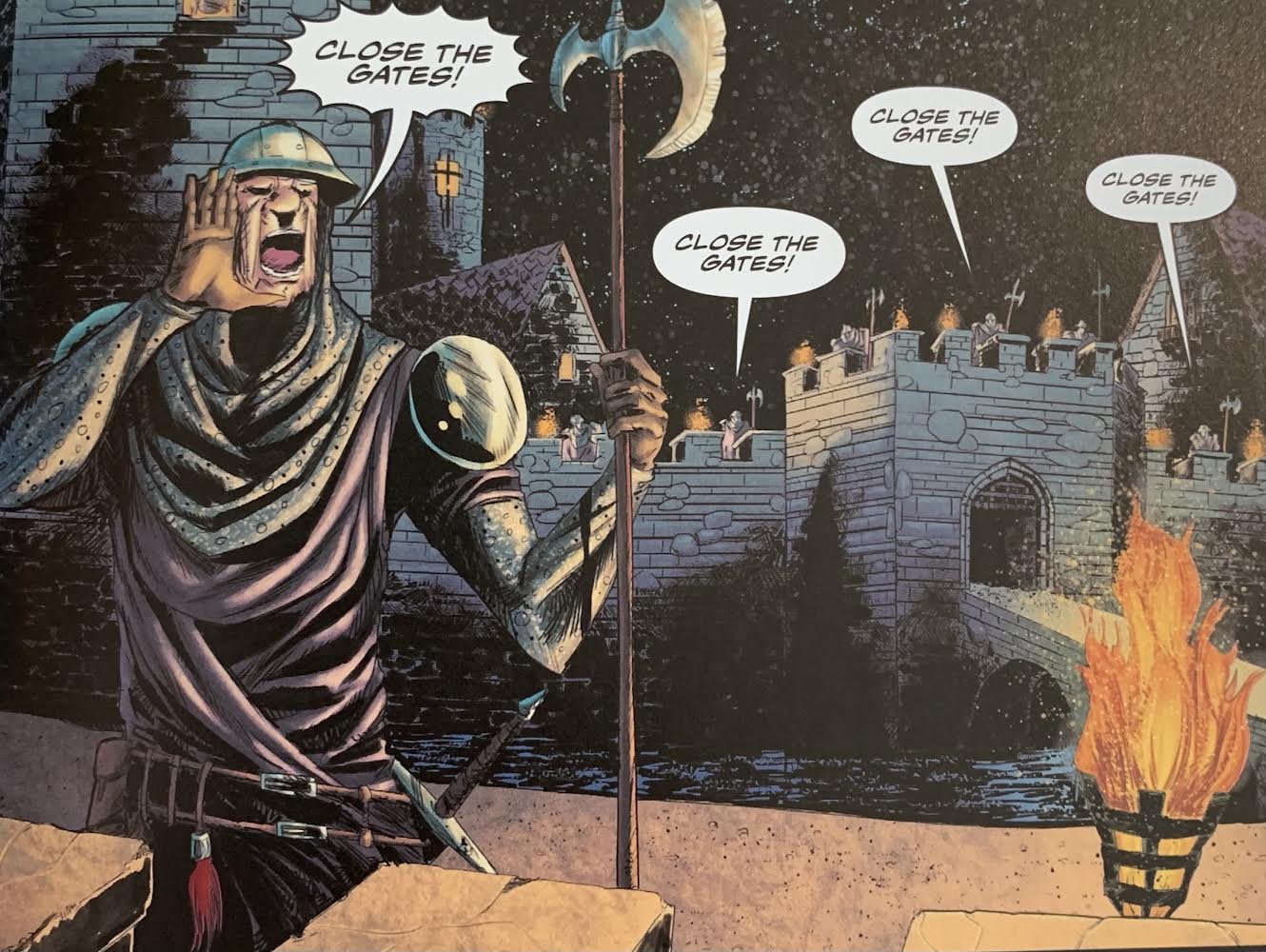 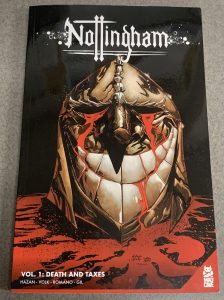 Book Description: We know the legend of Robin Hood and his Merry Men. The great archers who robbed from the rich and gave to the poor while King Richard was fighting in the Crusades. Over the years this story has been done…. A lot. “Nottingham” gives us a new perspective on this timeless tale. The Hood and his Merry Men are terrorists. They primarily focus on stealing from the tax collectors and redistributing the money back to the poor. It’s not unlike the stories we’ve heard before. The key difference is that the tax collectors don’t live to say what transpired. Additionally, other prominent citizens have been murdered. All of them were killed in a similar fashion. This practice has gone on for months. It comes to a head when the last tax collector in Nottingham is killed on the lone road in or out of Lady Marian’s estate. Who killed this man? Sheriff Blackthorne is on a mission to find out. Sheriff Blackthorne knows he’s looking for someone with red hair and possible ties to the Merry Men. Will Scarlet fits that mold to a tee. When he detains Scarlet and questions him the only response he gets is, “England is sick. We are the cure”. Blackthorne decides to leave Scarlet in shackles overnight to see if he’s more willing to talk in the morning. In the morning Scarlet is dead. Blackthorne’s mission is now a vendetta. How does one get into the most secure part of the castle and kill a man without being detected? From there we get a cloak and dagger tale unlike anything I can recall reading. All of the key players have a history with one another. Everyone has an axe to grind and their own agendas that they are trying to see to fruition.

I was very late to the party when I came across the first issue of “Nottingham” over the holidays. When I read it I instantly loved it. Unfortunately, this series had already gone through its first five issues. Finding the second through fifth issues wasn’t happening without paying collector prices so I waited for the TPB to come out.

The TPB was released around the same time as when I was covering TFCon: Los Angeles so it went to the back burner. Then Gem State Comic-Con came up and I was back out on assignment so “Nottingham” had to wait… Again.  I could have read it piecemeal; but I wanted the opportunity to binge read this one.

It was worth the wait. The story is excellent. I love how much backstory we get with all of the characters. We get to see what happened in the Crusades. More importantly, we get to see how the events in the Crusades play a prominent role when everyone gets back to England.

I loved using the mask of the Merry Men as a cover for the first issue. It’s a perfect fit for the TPB. It simultaneously makes it very clear that this isn’t a traditional “Robin Hood” story and creates intrigue.

I liked the amount of detail we got in the artwork on the interior pages. It did a masterful job of establishing the setting. I particularly liked seeing all of the events leading up to the archery contest.

As I mentioned earlier, there have been a lot of Robin Hood stories over the years. This is easily in the top three. It has everything you want in a story and more. We get plenty of action. We see new depths of characters that are traditionally place holders in the plot. In addition, we get a murder mystery where every suspect has motive and an alibi.

As a geek on a budget I can’t say enough good things about Volume 1 of “Nottingham”. It’s “Robin Hood” meets “Knives Out”. We just don’t have a character that regurgitates if they tell a lie.

REVIEW: Terminus Veil #1
REVIEW: The Demonhuntress: 1888 The Year of the Ripper
Sponsor