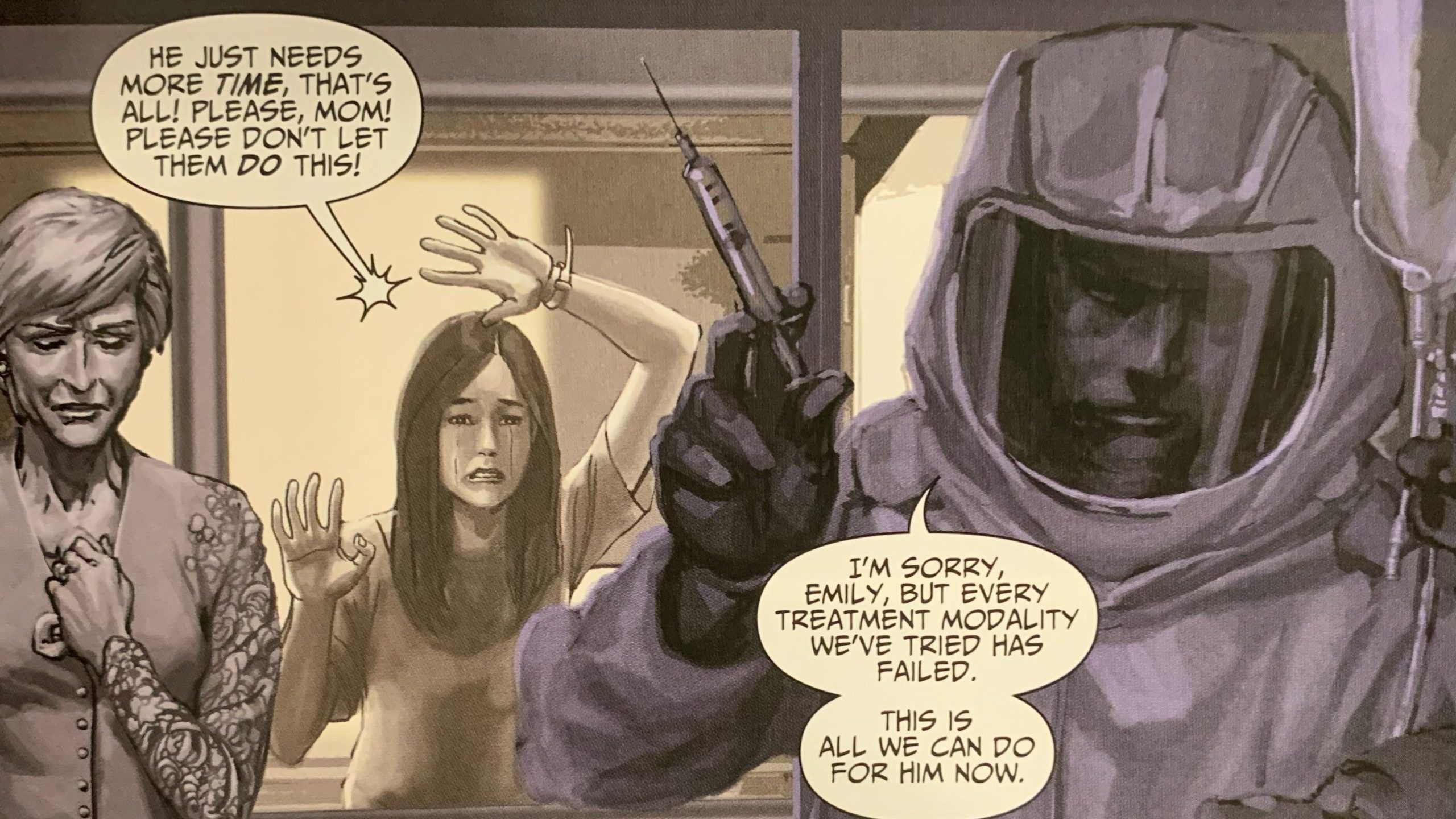 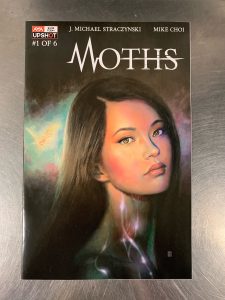 Book Description: Moths #1 is a spin-off of J. Michael Straczynski’s The Resistance. In The Resistance a horrific pandemic wiped out the majority of the world’s population. The virus that killed so many altered the DNA of some survivors. Some survivors develop superpowers that become apparent almost immediately. In others these powers lie dormant until the person decides to activate them. In these instances the individuals are referred to as Moths. Their abilities shine ever so brightly; but at the expense of reducing their life expectancy to six months. This is the story of Emily Kai, a Moth, that lost everything as a result of the pandemic. Now she is faced with the choice of living in a country mired by a corrupt, fascist government or trying to do something that will make a difference... even if she must sacrifice herself to make the changes she wants to see. 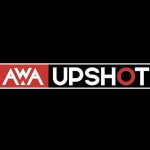 The Resistance was one of my personal favorite titles in 2020. Between Mr. Straczynski’s story and Mr. Deodato’s artwork, this was an incredible six book series that made my short list of recommendations for best series in 2020. When I heard Moths was scheduled to be released I had it added to my pulls at my local comic book store.

While I was excited, I had questions leading up to this issue hitting the shelves:

Moths #1 runs parallel with The Resistance. There are points in it that reference the same events. The key difference being the perspective we see the events from. In that regard the stories blend quite well with each other.

As much as I loved The Resistance I would be hard pressed to name specific characters from it. In part that’s because it was a new premise for a story as well as new characters. In the first run there are unique characters that we don’t get to know very well.

This time it’s different. In Moths #1, we get to know Emily very well from the onset. By the end of the issue she’s very relatable, if not a friend. I did see a familiar face of two. I couldn’t recall what was special about the individuals though. There were editor’s notes to point me in the right direction in those instances.

I would be remiss if I didn’t talk about the level of Mr. Choi’s artwork in Moths #1. The quality throughout the entire issue is comparable to the cover. That seldom happens anymore. Mr. Choi’s ability to make the majority of the panels come close to appearing as photographs should be the industry standard. It’s reminiscent of Michael Mayhew’s ability to turn a blank slate into a photo. We need more of this!

It’s too early to tell if the sequel will be better than the original. We could have Star Wars: The Empire Strikes Back on our hands. We could be looking at Indiana Jones and the Kingdom of the Crystal Skull.

I suspect when it’s all said and done we’re going to have a hit on our hands. There’s a great backstory, a likable character, and a plot with a lot of promise. The only question remaining is how well can it stand without leaning on its predecessor?