REVIEW: Masters of the Universe: Revelation #1 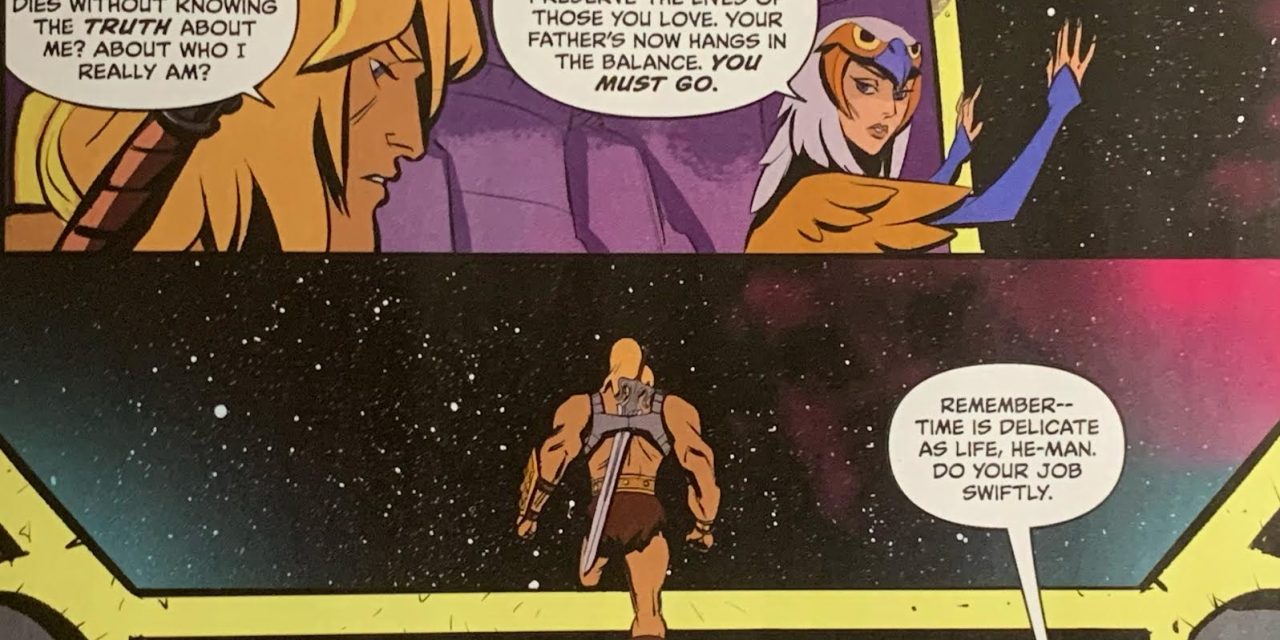 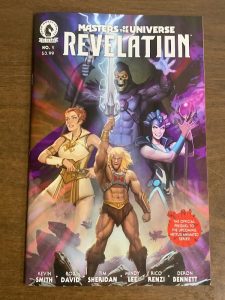 Book Description: Netflix has a new He-Man television series that just came out called Masters of the Universe: Revelation. Kevin Smith is the mastermind behind the series. Dark Horse put out a prequel to the series to give viewers more context for the show. There has been peace in Eternia for quite some time. Skeletor is believed to be dead. There are no credible threats to the kingdom, yet King Randor is plagued with sleepless nights. He senses something isn’t right. His fears are realized when the Orlax, a creature from another dimension, appears in the royal palace. The Orlax attacks King Randor. The palace guards’ weapons have no effect on the beast. It’s only when He-Man arrives wielding the power sword that the Orlax relents. It vanishes without a trace before He-Man can even swing at it. King Randor is gravely injured. He’s taken to Castle Grayskull for the Sorceress to administer any magical remedies that can heal him. She isn’t able to detect what is causing the king’s symptoms. She tells He-Man what she knows of the Orlax. When they discuss how the creature feared the power sword the Sorceress realizes that the Orlax has been to Eternia before, when it was wielded by someone else. The Sorceress opens a portal for He-Man to go back in time to learn more about the Orlax and how to undo the harm that has been done to the king. On this journey He-Man goes to a time when King Grayskull ruled the land. We see the king teaching his children the value of swordplay. King Hiss appears. He and his henchmen attack the king and two princes. Then the Orlax appears and attacks one of the princes. Like when King Randor was attacked, most weapons proved to be useless against it. From this encounter He-Man learns that the Orlax was once controlled by King Hiss. It’s not clear if this was a partnership or enslavement. King Grayskull meets with advisors to discuss the Orlax. Most weapons are ineffective against it because the creature is simultaneously in two dimensions at once. To fight such a creature a weapon would have to contain materials from Eternia and a dark ore from another dimension. To save his son King Grayskull makes a deal with the devil to get the dark ore. We then see the creation of the power sword. King Grayskull then goes to King Hiss to fight the creature and free his son. The fight doesn’t go well and He-Man is forced to intervene. He chops a tentacle off of the Orlax and the creature disappears. With some condolences to King Grayskull for the loss of his son He-Man returns to the present time with the tentacle for the Sorceress to study. The issue wraps up when we see that in another location someone else is also trying to unlock the mysteries of the Orlax.

I’m a child of the 80’s. I spent the first half of the decade trying to learn the ways of the Force and defending the secrets of Castle Grayskull. He-Man and the Masters of the Universe was a huge part of my childhood. I had the toys, the comics, coloring books, and a couple of the prerecorded VHS tapes. The Orko toy I had as a child maintains a permanent residence in my office.

In retrospect it was marketing genius at it’s finest. A toy line that has a show and other media promoting new characters and vehicles that would soon be appearing in the toy aisle? Brilliant!

I saved every penny I could for more of the toys. One of Dad’s favorite hobbies was to watch my internal struggle deciding which character I wanted most when I only had enough money for one. That’s why Orko survived through the years. He was hard to find and it cost two weeks’ allowance to get him!

Even without the rose tinted glasses of nostalgia, He-Man and the Masters of the Universe was a good show. There were laughs to be had. Our heroes taught good values. We also had a moral at the end of each episode.

When I heard about Mr. Smith doing a reboot of the tv series I was cautiously optimistic. The question looms: are we getting a great fan fiction tale told by a fellow geek or some version that will destroy beloved childhood memories?

I’ve put off seeing the new show because of that question. After reading Masters of the Universe: Revelation #1 I am very confident that we’re looking at a hit if the show follows this comic’s plot.

The story is very solid. It maintains that crucial balance of having enough new content for old fans while not being so in depth that newcomers are put off. I actually preferred the origin story of the power sword in this rendition over what we were told in the mini comics that came with the figures. I’m very eager to learn more about the Orlax.

The cover artwork is very impressive. Evil-Lyn looks terrific and I liked that Teela was depicted as a woman to be reckoned with and not a teenager learning the ropes. He-Man with the power sword and the lightning is a must have. I would have liked to have seen it placed in a different location so it wouldn’t distract the eye from Skeletor quite so much. All said, this cover catches the reader’s attention.

The artwork on the interior pages is well done. I loved seeing the original Castle Grayskull. I’m hoping that wasn’t just a teaser and we will be revisiting it to see how it morphed into the castle we’ve known and loved for decades. The Orlax looks like something straight out of a monster’s compendium for Dungeons and Dragons.

The dialogue gives old and new readers alike plenty of information while keeping the story flowing smoothly. Mr. Bennet did a great job with lettering. Aside from the origin story of the power sword, nothing I saw conflicts with canon.

If you’re looking for the Filmation version of He-Man and the Masters of the Universe you’re in for a disappointment. There aren’t any campy jokes, the artwork is anything but cartoonish, and the stakes are far greater than we ever saw on tv.

As a geek on a budget and He-Man connoisseur, I think this one is worth every penny. I would say the same thing to five year old me standing in the aisle trying to decide between Roboto and Whiplash. 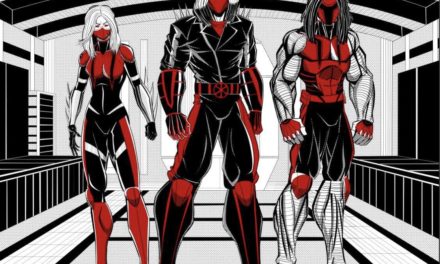 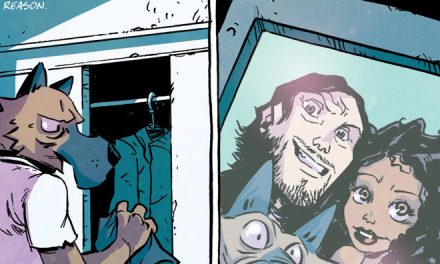 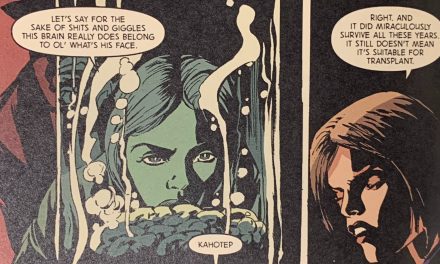