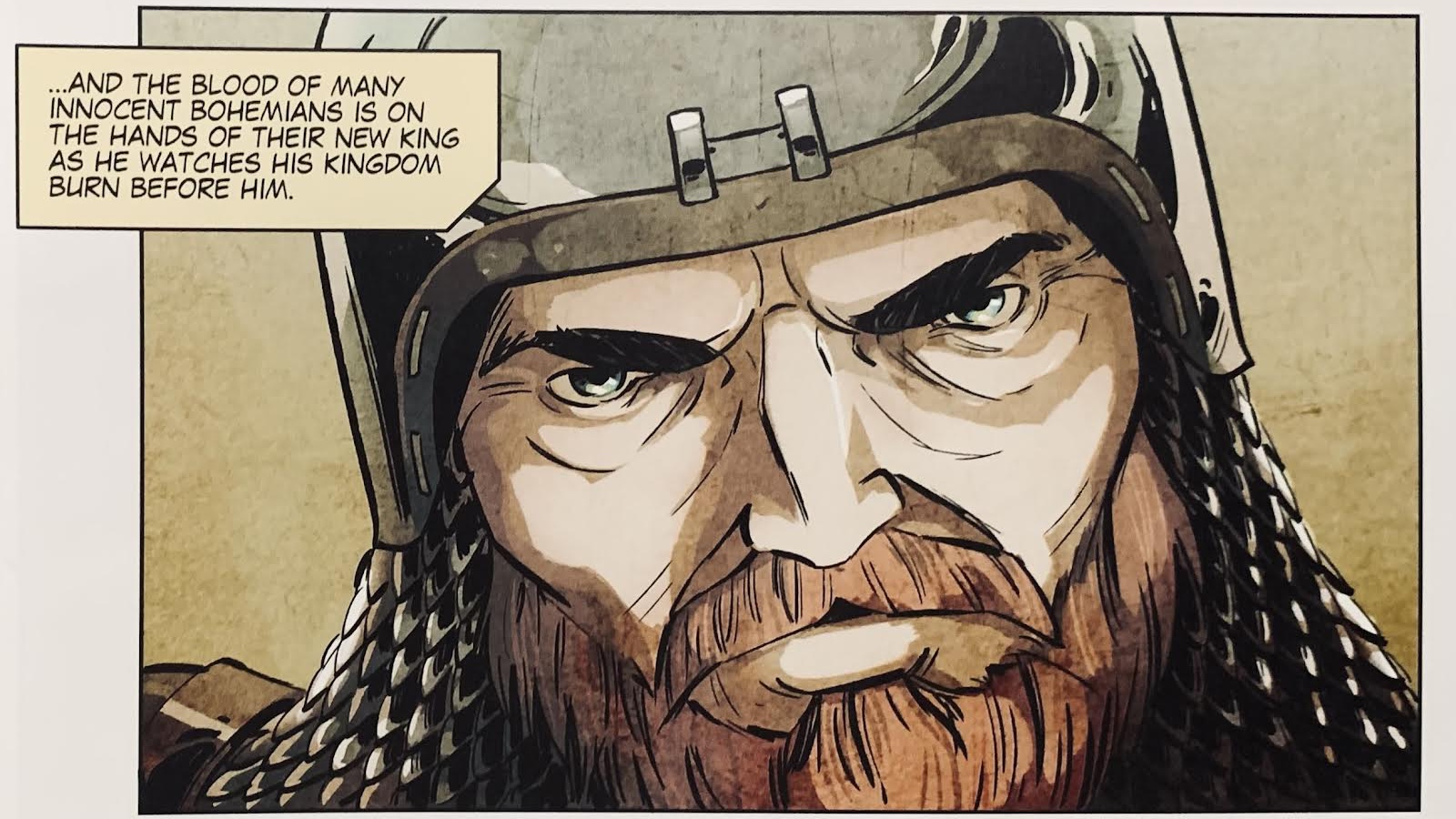 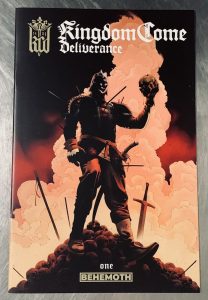 Book Description: “Kingdom Come: Deliverance” #1 takes us to early 15th century Bohemia. The beloved king has died. This places his oldest son, Wenceslas IV, on the throne. Wenceslas is more interested in wine and women than his duties as king. By 1419 his behavior caused Bohemian nobles to turn to his half brother, Sigismund, for help. Sigismund is happy to oblige. He has Wenceslas IV kidnapped and forces him to abdicate the throne, making Sigismund king. This divides the country as many remain loyal to Wenceslas IV. In response Sigismund creates an army of mercenaries and declares war on his own people, leading to intriguing deal making throughout the land as the Hussite Wars have begun.

I have always enjoyed historical fiction. I especially appreciate historical fiction that lends me the opportunity to learn something that was glossed over or completely skipped in history classes. “Kingdom Come: Deliverance” #1 does just that.

Like the Great London Fire in “Wren”, the Hussite Wars in 15th century Bohemia were never on the curriculum at the schools I attended. It wasn’t until after reading this issue that I discovered that the land of Bohemia is what we now call the Czech Republic. I’m grateful for the opportunity to broaden my horizons.

I appreciate the way the story unfolds. We get to put personalities to individuals that for better or worse, shaped history. The ultra nerd in me would have liked to have seen more dates in editor’s notes. That would help give the reader a better idea of how much time has passed between some of the events that occur. I found it simultaneously comforting and disconcerting that 600 years later political officials still are making heinous deals behind the scenes.

The first time I came across Niko Walter’s work was a cover that he did for “G.I. Joe” in 2019. Cobra Commander looked regal on that cover. Fast forward to now and Mr. Walter is still bringing his “A Game”. This Cuman mercenary looks fearless and intimidating. The coloring makes the details pop. This cover made me want to read the story.

Seeing the escapades of Wenceslas IV on the first page gave me pause. Was this going to be something akin to “Game of Thrones”? As we got away from that and settled into the story I enjoyed the artwork on the interior pages more and more. Lines were crisp. Coloring is exceptional. There isn’t a gratuitous amount of gore. This was very well done.

As a geek on a budget I believe that “Kingdom Come: Deliverance” is well worth the price of admission. You’re getting good artwork paired with a fascinating story. As a bonus, a history lesson is thrown in for free so you can learn something new while indulging in a comic!