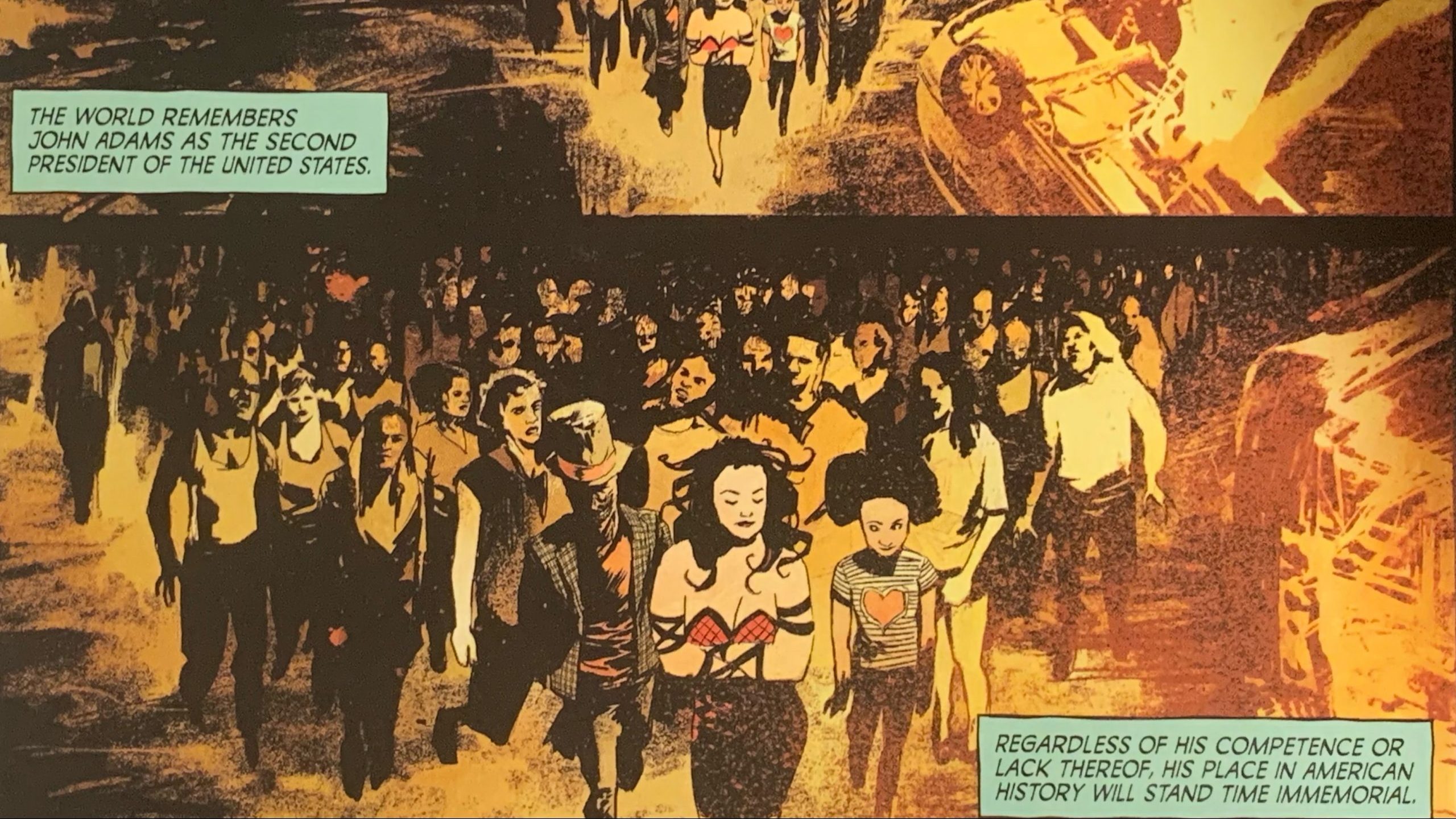 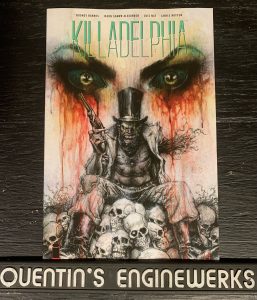 Book Description: Abigail Adams is livid to know that John is still alive. She’s unleashed the fury of her entire army on the surviving humans of Philadelphia as his penance for not being dead. Elsewhere James Sangster, Jr. is transforming into a vampire. His father is doing everything he can to make it as painless as possible for him. While the younger Sangster is in torment, Seesaw is going on a quest to try to revert him back to being human.

On social media I once posted a meme about comic book covers. They were the ultimate click bait even before the internet was invented. In the 1980’s Thundercats #13 showed Snarf wielding the Sword of Omens and going toe to toe with Mumm-Ra. In reality Snarf has never wielded it in comics or the show.

The prospect of seeing something like that pulls readers in. With the slew of variant covers out there it’s not uncommon to have artwork that doesn’t reflect the story in any way. As soon as I saw the variant cover for Killadelphia #14 I was cautiously optimistic.

Toppy sitting on a pile of skulls looking like he’s going to find new ways to bring the pain is nothing short of awe inspiring. Adding Abigail’s intense stare to the background just adds to excitement promised within.

Joy of joys, the reader doesn’t feel hoodwinked upon diving into the story. There are so many different dynamics and plot lines in this issue that it’s an overdose of geeky goodness!

We get to see:

That’s a lot to pack into those pages. It doesn’t even begin to cover the excitement of what Seesaw encounters on his quest.

The interior artwork continues to be top notch. Jason Shawn Alexander pits the fear of God into the reader with his depiction of Toppy when Abigail tells him to find Seesaw.

The lettering is terrific. The dialogue does a great job of keeping providing information. There’s enough to figure out what is happening to allow a new reader to enjoy the story.

It’s been more than a year and a half since I read the first issue of Killadelphia. With me it started as “It’s a vampire story so it’s on a short leash.” Then it became “It’s good; but the creative team can’t keep this up.” Now it’s one of the first two I read when I get my pulls on new comic book day.

The creative team shows no signs of slowing down. From my observations they have an obvious weakness: Kryptonite.

As a geek on a budget I can’t say enough about how good this book and series is. The only way it would be better is if I were getting promotional advanced copies from Image so I could see what was coming sooner.

In the meantime I will gladly pay the price of admission for all things Killadelphia.