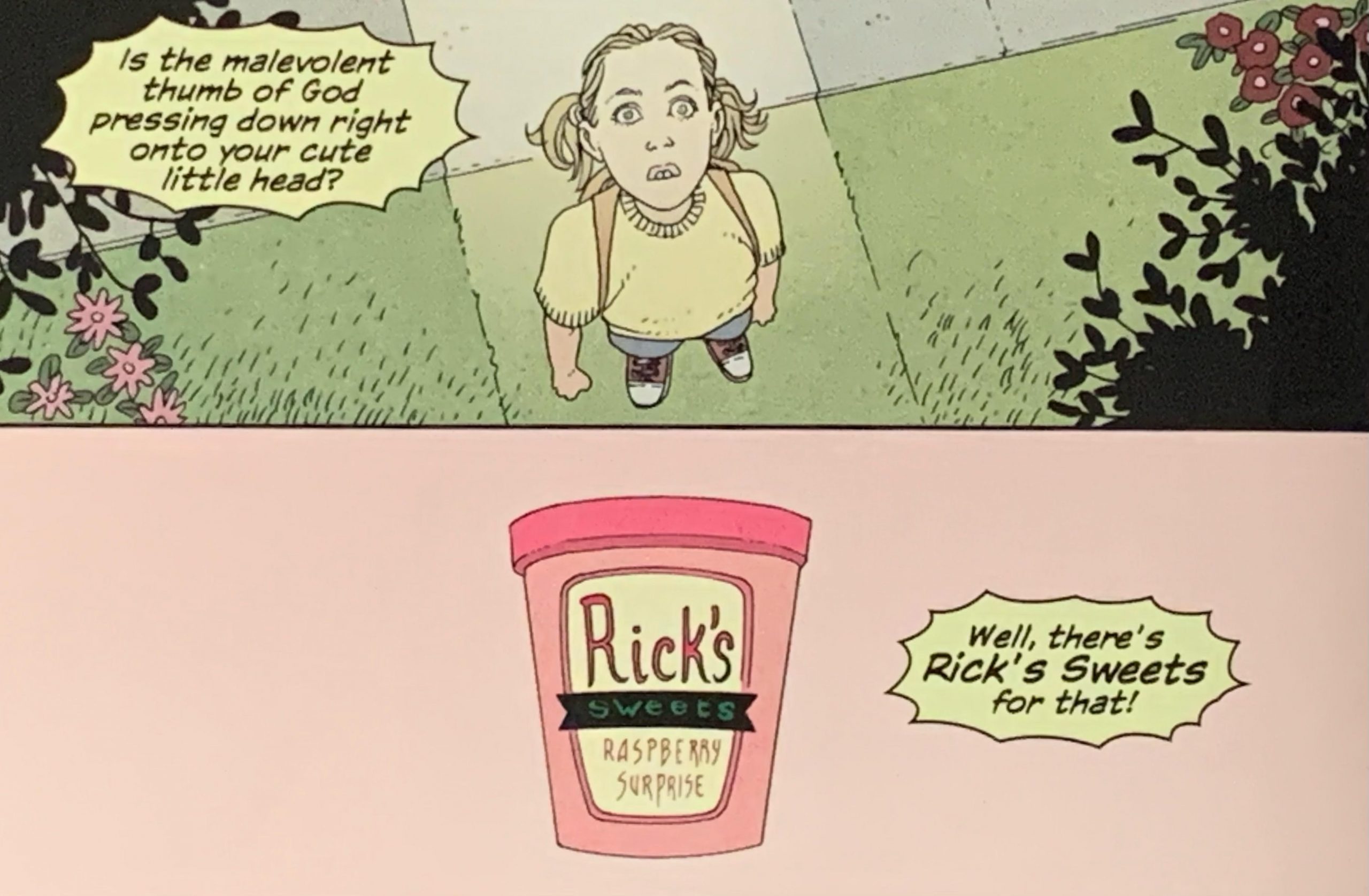 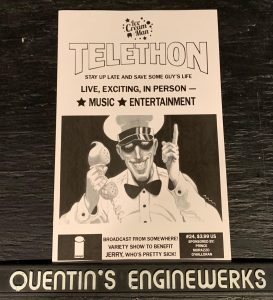 Book Description: We get to see the downfall of Jerry, a recovering addict, coupled with a telethon narrative.

I’ve often compared “Ice Cream Man” to the tv show “Tales From the Crypt”. Each issue/episode is a story unto itself. The upside is that if a story doesn’t resonate with you there won’t be an ongoing story arc. You get to hit the reset button with the next installment. The downside is if you really liked a story it’s unlikely you will get to see another one with the same cast  characters.

In “Ice Cream Man” #24 we see Jerry go through a series of misfortunes beyond his control ending with our protagonist dying alone and penniless.

The parallel story to the downfall of Jerry is an imaginary telethon to raise money to help him. All through the issue he never receives any support, financially in the telethon or emotionally in the story.

As a story this one didn’t necessarily knock my socks off. There’s not much in the way of action. Jerry is a relatable character that we never get to see anything good happen to.

The cover art catches the eye enough to make someone curious. It doesn’t scream, “Notice me!” though. While meshing well with the story the interior artwork could use more detail.

As a geek on a budget I would say this book is worth the price of admission. The story doesn’t have a lot in the way of action and excitement. It makes up for that by putting a microscope on how our society treats addicts in recovery.

Addicts don’t get the benefit of doubt once they get out of rehab. If they’re struggling with a financial problem people assume the addict wants money to get a fix. In our society if anyone is struggling emotionally the common response is, “Man up”.

It’s unfortunate that society has become that jaded. It would be nice for people to lend a helping hand without judgment or asking what’s in it for them. Sadly, it seems that somewhere along the way the concept of the golden rule has gone by way of the Dodo. In closing I’d like to remind everyone to be kind to one another. You never know how close to the edge someone truly is.