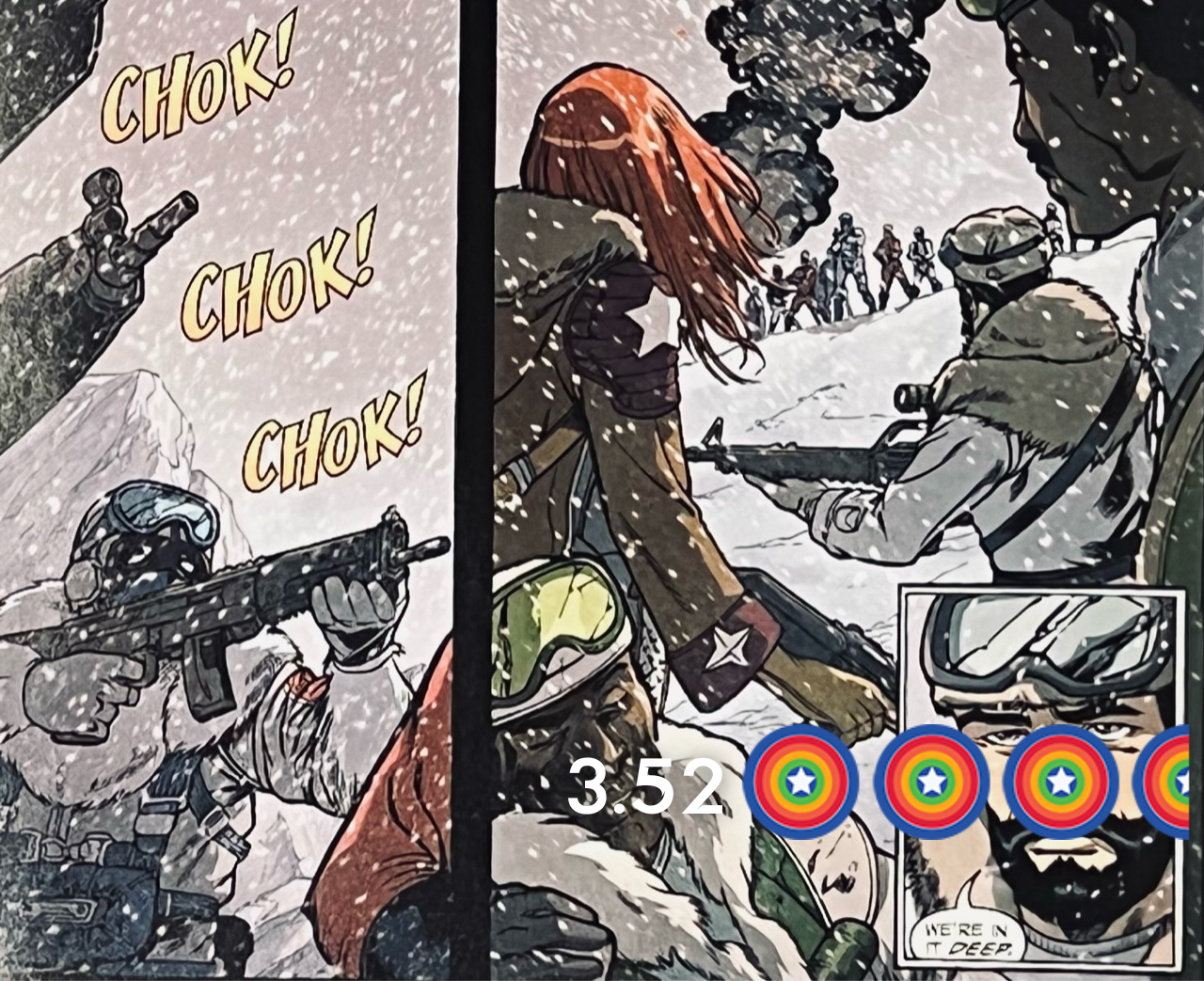 An Australian Royal Navy ship intercepts a cargo ship coming from Antarctica. The ship is filled with drums of oil bearing the markings of Extensive Enterprises, a front company belonging to Tomax and Xamot. When the G.I. Joe team gets word about it, they do some reconnaissance. They learn that the Corsican Twins have set up an illegal drilling station in Antartica and it’s up to the Joes to put a stop to it.

This book was originally published in 2006. I didn’t know it existed until a recent excursion to check out some not quite so local comic book stores about 100 miles away. When I saw it it was in my grasp faster than Polly can ask Shipwreck for a cracker.

Having a story that doesn’t focus on Cobra Commander’s latest plan to rule the world is a nice change of pace. For a brief moment it gets a little campy with Frostbite, Blizzard, and Snow-Job acting like they’re in the tropics and swimming outdoors in -22* (F) weather. I suspect that was to help with the nostalgia for readers who watched the show. That’s the beauty of this book. It blends a plausible situation with the magic of the Sunbow series.

The Snow Serpents were always right on the outside of my top five list of Cobra characters. Being from a colder climate, I liked seeing characters dressed like I would for winter. The fact that these guys could ski while firing a weapon was a bonus. Seeing them get some love by being put on a well done cover was great.

The artwork on the interior pages was solid. Seeing Snake Eyes in a Crimson Guard uniform was fun; but short lived. I also like seeing the Snow Cat blasting across the snow drifts.

If you are interested in getting your own copy of “G.I. Joe Special Missions: Antarctica”, you can find it on eBay for about $7.50 shipped. As a geek on a budget that loves all things G.I. Joe I believe it’s worth it for my fellow Joe fans that want all the content they can get. If that doesn’t describe you I would advise to search buck boxes and hope to strike gold.