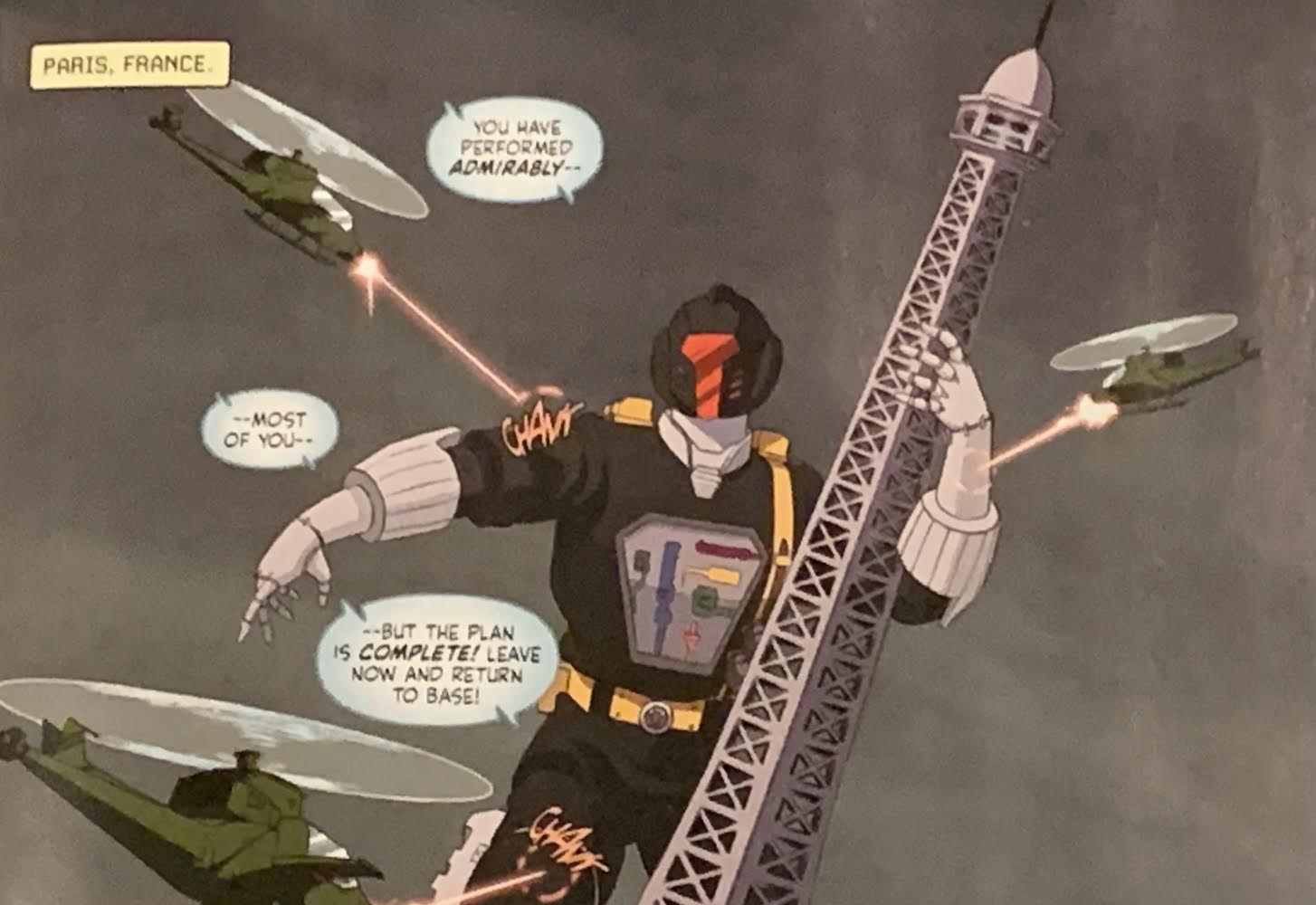 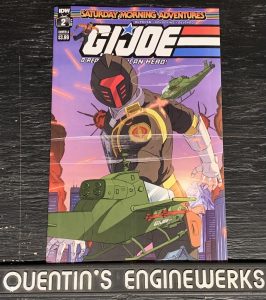 Book Description: In the first installment of “G.I. Joe: A Real American Hero - Saturday Morning Adventures'' we saw that Zartan and his Dreadnoks had stolen an ancient artifact from the Middle East. This was no ordinary artifact. Inside it contained the legendary lamp of Aladdin. Cobra Commander took possession of the lamp and summoned the genie that resided inside of the lamp. Cobra Commander was granted three wishes. With his first wish he asked for the genie to give him five Battle Android Troopers (B.A.T.s). These five B.A.T.s were deployed against the G.I. Joe headquarters for a trial run. They did a number on the base before the Joes discovered a weakness in them. Cobra Commander was thrilled. By exposing a weakness in his newest weapons the Joes taught him exactly what needed to be tweaked before beginning a quest for world domination. The second issue begins with the B.A.T.s being deployed around the world. Paris, Tokyo, and Washington D.C. all have one threatening to level a city. The Joes start defending our nation’s capital with moderate success. This infuriates Cobra Commander. He uses his second wish to have the most powerful abilities bestowed upon the weapons of whoever is most loyal to him. At this point the genie plays a game of semantics. The genie is most loyal to Cobra Commander because of the lamp. The rest of Cobra’s weapons have been rendered completely ineffective. Now Cobra Commander must be very precise and calculating with his final wish. What will it be?

This series is a great trip down memory lane. It seems to perfectly mirror the different miniseries we would get from the cartoon. In the first couple episodes we see Conrad’s latest plan to rule the world. We see all the trappings of why it should be unstoppable.

Then we see a chink in the armor. The genie playing head games with Cobra Commander is that chink. I’m curious to see if Cobra Commander can actually keep his ego in check. If not, I’m sure Destro, Zartan, or the Crimson Twins will find a good use for the lamp after Cobra Commander uses his last wish on something frivolous.

The Battle Android Troopers were pretty high on my list of characters when I was growing up. I’m thrilled to see them getting so much attention in this series. The artwork on the cover looks like a cel from the animation studio. I love seeing a giant B.A.T. smacking around some Dragonfly helicopters.

Overall the artwork on the interior pages continues to stay in lockstep with the depictions of the characters as we saw them in the cartoons. The only notable difference I have seen is there is more detail on the Crimson Twins in the comic than what we saw on television. I’m calling that a win.

As a geek on a budget I can’t say enough about “G.I. Joe: A Real American Hero – Saturday Morning Adventures”. It has great artwork and a story that fits perfectly with the nostalgia the creative team was going for. There’s even a “life lesson” at the end of the book, just like in the tv series.

Now you know…. And knowing is half the battle.