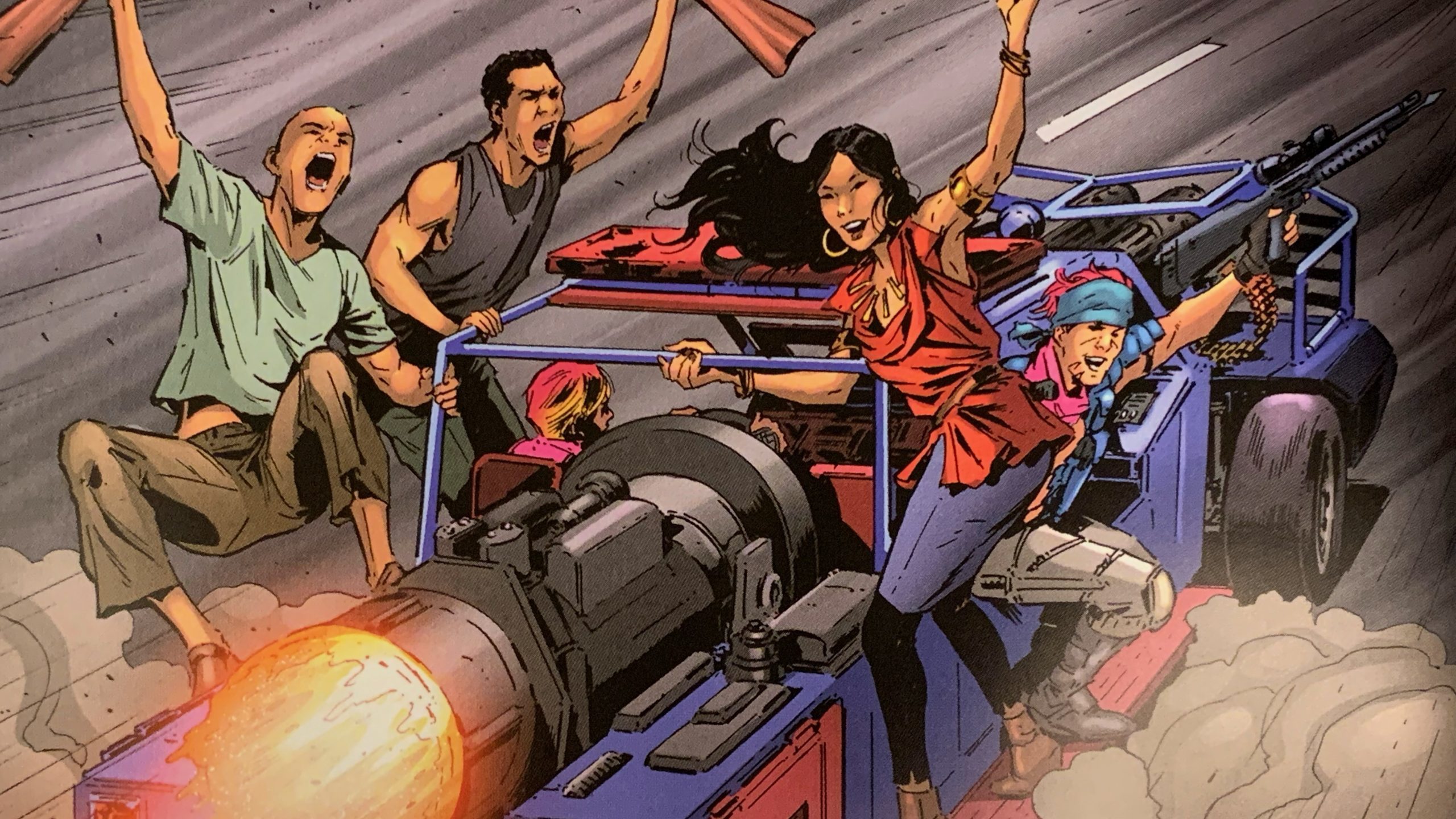 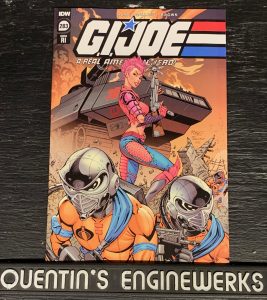 Book Description: The Joe team takes their fight against Al Kawbra, the newest guy on the block in Cobra’s game, to the city of Si Thxng, Phan Chang. Here Al Kawbra is trying to acquire a nuclear warhead for their nefarious purposes. Black Hat, Multo, Lady Jaye, Roadblock and Chuckles are taking the point in an op to keep the nuke out of the wrong hands. Little did they know, Zandar and Zarana of the Dreadnoks would be crashing this party with their own interests in mind. From that point we get an entertaining chase scene which culminates in a round of negotiations with the unlikeliest of ambassadors.

I’ve spoken before about how I’m usually not a fan of variant covers. I can appreciate a book having one or two, a cover “B” and a retailer incentive variant. Something that gives collectors a choice between covers is nice. There are several titles I do that with. Either way I’m after the story though.

For those of you that aren’t familiar with the concept, retailer incentive variants are distributed tto stores on a ratio basis. Stores get one variant for every 5, 10, 15, 25, 50, 75, 100, 150, 200, etc issues of the specific title they preorder. Depending on the title, some of these incentive variants can be harder to come by.

As a kid Zarana was one of my favorite Dreadnoks. I thought she was far smarter than most of the crew and was held back by the guys and their weakness for grape soda and stupidity. When I saw her with a couple FRAG vipers on the cover of this issue it caught my eye. The price tag was low enough that to me it was a no-brainer and this book is currently on my wall.

The interior artwork has been rock solid throughout this story arc. This book had more blood and guts in it than the G.I. Joe: A Real American Hero line usually does. It wasn’t superfluous or overstated, but it did catch my attention. I absolutely loved seeing the focus on the Thunder Machine in this issue. It generally doesn’t get a lot of attention in this title. On the subject of Dreadnok vehicles, I’d like to see more of Zartan’s Chameleon in the future.

I like that the editing team seems to be having fun with this title as well. Senior Editor Tom Waltz referred to himself as Sgt. Waltz in one of the editor’s notes. I found that to be rather entertaining.

The entire story has little moments like that. It is very well done. We get to meet Multo, formerly of the Philipino special ops. So far he seems to have it together pretty well when he’s in a tight spot. We get so many twists and turns it can make your head spin. With this story arc Mr. Hama continues to surprise us. With all of the comics, cartoon episodes, movies, and creating stories with friends using the action figures the ending of this issue NEVER crossed my mind. I doff my cap to you, sir. Well done!

As a geek on a budget, this one is certainly worth the price of admission! The artwork is terrific. The story is easy to follow even if you’re not up to speed on everything in the G.I. Joe: A Real American Hero universe. I highly recommend checking this one out!