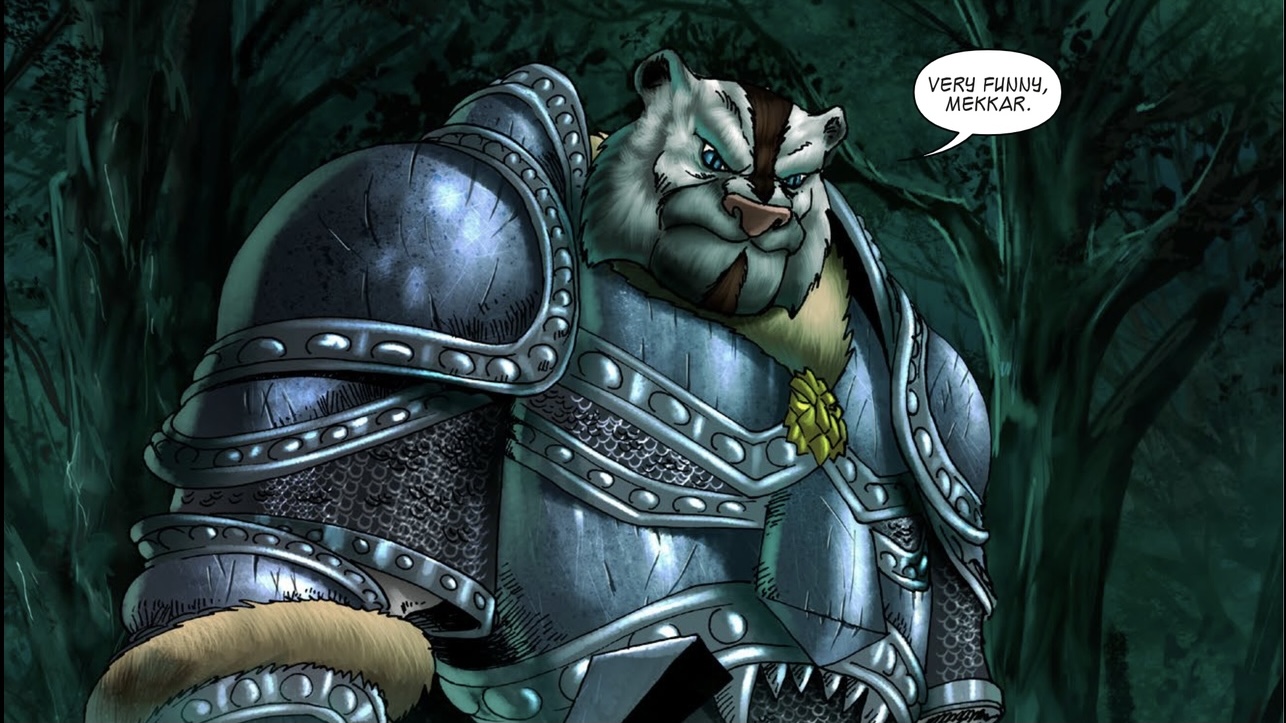 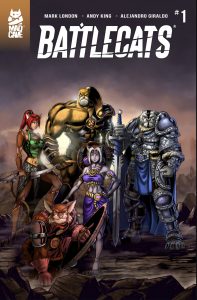 Book Title: Battlecats: The hunt for the Dire Beast

Book Description: The story starts off showing a decree. Which reads the following: In 550 C.Y. On the eleventh week of Middernsun, by decree of King Eremad III, the Battlecats are hereby ordered to venture into the region of La Marque and slay the legendary Dire Beast. In order to complete the mission, procure the head of the Dire Beast and deliver it to Stormholt City. The next panel comes to what looks like a Black Forest and then our heroic Battlecats camp out as they discuss the mission at hand. After some discussion back and forth we see that one of them named Kaleera is keeping watch on the road ahead, and another named Kelthan is keeping watch on the road behind. They discuss various things further when one of the Battlecats suddenly screams, Ambush! Then a lengthy battle ensues with the Heroic Battlecats the victor! When the battle is over it is revealed that the foes in appearance seem to be Noct Spectre’s but after some debate, it is actually revealed that they are merely foot soldiers in disguise. With the disguise revealed, the Battlecats discuss that whomever their foe is, knows they are there and playing games with them. As the Battlecats make their way through the field of now deceased foot soldiers pretending to be Noct Spectres, their foe is revealed. To be someone named Eltoreq, The Quiet One. This story ends with Kaleera declaring a personal war on Eltoreq and instructing the other Battlecats to stand down. With a last shot of Eltoreq informing Kaleera that She has no idea what she is up against.

This story reminded me of so many things that are part of my childhood.  I watched the classic cartoon Thundercats, as well as played Dungeons and Dragons.  This story was a perfect blend of both.  Allowing me to relive the excitement of both the Thundercats and remember the glorious nights of game play with good friends, playing Dungeon and Dragons on a weekly basis and spending the rest of the days of the week talking about what happened at the last gathering!

The story itself is enticing, when the Battlecats we meet 5 different characters all with different abilities, or 5 different classes if you will.  We have the Knight, the Monk, the Bard, the Ranger and the Wizard.  All are essential in a proper D&D group.  The quest they are on is a noble one.  Kill a legendary beast for their King!

The Battlecats keep a close eye on their surroundings as they move forward, but like any good D&D adventure, the best sometimes fail. I spent many a night laughing at how the best laid plans can fail and awe at the wonderful memories!  The only real complaint I have which may not be a complaint at all is that the battle takes up half the book.  But then again as part of the story it is required.

The artwork is wonderfully done! I love how it brings the story to life and draws you into the life of these characters.  The scenery surrounding the camp as well as the scenery of the encompassing battle has a sense of realism that only a fan of medieval games such as D&D can appreciate!!  From a gamer point of view the battle was spot on, I have played some tabletop games where the entire session is the battle, and while I previously noted that the only slight I had was that the battle took up half the book, I understand it.  It also shows just what would happen when certain actions or spells were cast or done in the battle.  Making this story and the art truly something that a tabletop gamer can enjoy!

REVIEW: Regarding the Matter of Oswald’s Body #3
REVIEW: Wren #1
Sponsor