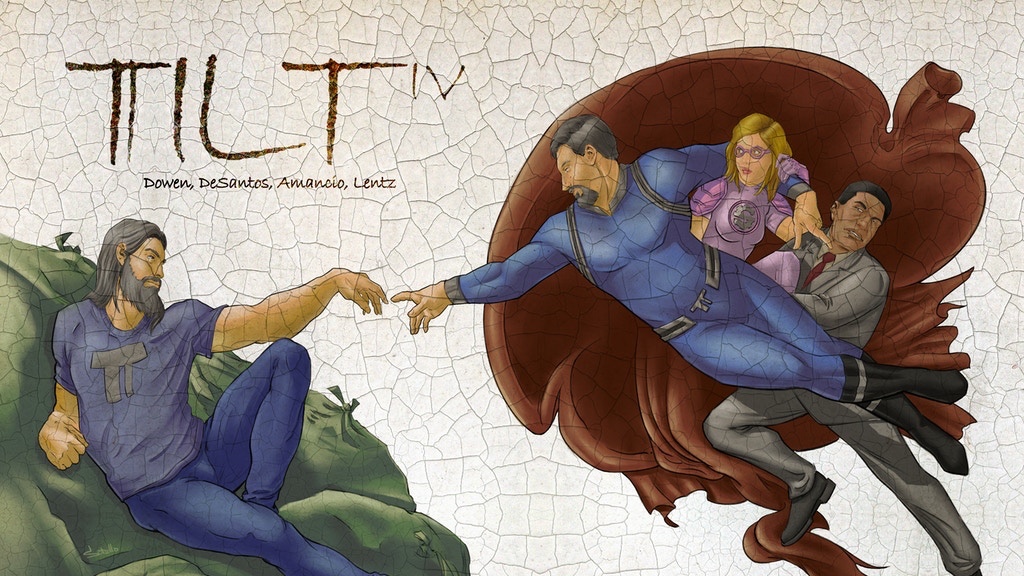 Tilt is the fan-favorite, fourth-wall-breaking, gritty, and self-aware superhero from Catalyst Comics Studio. Now, the entire first story arc, Homebrewed, is coming to a close. When the campaign launches, fans will have the chance to collect all four of the first issues, with loads of exclusive content from the team at Catalyst.

Currently, you can follow the campaign’s prelaunch page. Click the link below to be notified of day one backer rewards and other special surprises. To follow the page, go to https://www.kickstarter.com/projects/aarondowen/tilt-1-4-the-whole-story?ref=clipboard-prelaunch

Tilt has been fan-funded since its second issue, and its readership has only grown. If you are new to Catalyst Comics Studio, you can get a free digital copy of Tilt #1 on the company’s website: https://catalystcomicsstudio.com

Here is what others are saying:

“Aaron, Joe, and this merry band of mad, comic book-making masterminds have somehow found a way to channel all that edgy, indie comic superhero magic from the 80’s and 90’s. Hmmm… I think I might hate them for it.” – Doug Wagner (Vinyl, Plastic, The Hard Place)

“Funny, exciting, suspenseful, and wholly original. I’ve been running my mouth that there’s nothing new to be done in the superhero genre. I was dead wrong!” – John Schlim Jr. (Goth Ghost Girl, Thistleheart, Masque)

Tilt follows Patrick Eitilt; a homeless superhero in Boston. It chronicles the story of his past, and what pushed him into becoming the hero that he is today. His story is tied directly into the Catalyst Comics Universe, and will explore the agents of the Council of Elders; a secret organization bent on exploiting, controlling, or eliminating hyper-evo’s (super-powered individuals). Patrick became the subject of countless experiments, each grooming him to be one of the most powerful agents of the Council. Now, after escaping, Patrick is dedicated to keeping his city safe, while tracking down those that manipulated him.

Tilt was created and written by Aaron Dowen, illustrated by Joe Desantos, with colors by Ramon Amancio, and new lettering by Dave Lentz.