11. Figure out the campaign duration.

Most campaigns range around the 20-30 day mark. There are projects known as quick starters, but we aren’t getting into those right now because I honestly have no experience in those yet. Now having a shorter duration in your campaign does give a sense of urgency, but don’t do something like 10 days with a goal of $10,000 that’s just silly.

This is a big one. Some people do a campaign thinking it is an easy way to just get money without any work upfront or during the campaign and that is dead wrong. Crowdfunding is another full-time job that can be very rewarding when done correctly. So, talking about doing it correctly…I have at least 5 comic pages to show off to backers within the campaign page. Now some creators start a campaign earlier than they should’ve (I am guilty of this honestly). I will not do another Kickstarter campaign unless a comic is at least 80% finished. You don’t need to follow my exact rule, but you should at least show something to backers and no not just a script of the comic.

X+Y= success. Seriously, crowdfunding campaigns require you to know a lot of math for your project so backers aren’t left in the dark because a good majority like to know what their money is going towards. You need to calculate everything! Factor in the shipping (international shipping is a lovely ray of sunshine I know…), how much the printer charges for the number of pages you want to be printed per comic, etc. Do have any stone unturned.

14. Make a pie chart/graphic of the goal

This is simple and you can make it in Canva. You just create a pie chart and input the costs of each piece of the pie of your goal so your backers have a nice visual of where their money is going.

Just let your bank know that a large sum of money will be coming when funded. It makes your bank not get suspicious just in case you make a boatload of money.

I thank every single backer we get on our campaigns, but you don’t need to be crazy like me. At least thank the first 5 to 10 backers with a nice message. Also, if any backer asks you a question-answer them promptly. You never know you could make a successful upsell if you do this too.

17. Create a press release and promote.

Creating a brief press release that irons out your campaign in a neat way for blogs will help your chances as well to get your campaign to get more eyes on it.

There are these awesome things called podcasts. They are a pretty popular medium from Joe Rogan to your fellow creator. Get on podcasts and youtube shows before your campaign starts and during the campaign as well! Be the talk of the community!

19. Okay, you launched your project. Now what?!

You know that following you’ve been growing during this process? Yeah, time to hit them with that right hook. Open each social media you are a part of and have been actively promoting your campaign. Now tweet and post about your campaign on each platform. Don’t spam you have 20-30 days to show off your campaign. Also, don’t forget to THANK YOU, BACKERS!

20. Is your campaign link in your bio?

No?! DO THAT! If you have linktree, beacons, or any sort of multi-bio link add your campaign at the tippy top within that. Go to bit.ly to shorten your campaign link so there isn’t a giant link floating around every time you share it too.

Yes, a campaign can be stressful and a lot of work, but that doesn’t mean you can’t have fun while doing it!

Greg Moquin, is a comic book writer and owner of SeerNova Comics LLC 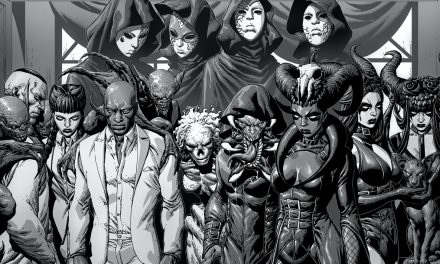 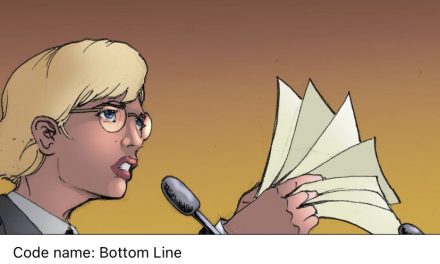