SnowyWorks LLC and the Indie Comix DIspatch are excited to announce the winners in the 2021 Tales From The Dispatch anthology Community Vote! Out of 12-total entries, 3 stories will be recognized for having the highest total of community votes! The winners of the community vote will receive:

Description:
Growing up in Australia’s greatest city, Sergeant Boyce loved Sydney, and always wanted to be a cop. He swore an oath to himself to clean up the biggest enemy of Sydney’s CBD- slow walkers- whether it’s within the laws or not. If you walk those mean streets and don’t abide by his unwritten rules, then The SWP are coming for you.

From the writer of Joe and the Abhorrence, The SWP is a black comedy that looks beneath the surface of the Emerald City at the bizarre fabric of eccentrics and lunatics that hold Sydney together.

Creator Bio:
LMCP is the pseudonym for a mid-forties bloke originally from Greater Manchester, England, but happily residing in Sydney, Australia. He’d secretly like to be famous but doesn’t want to explain to his wife’s friends and colleagues why he spends so much time drawing comics.

He spent his teenage years reading anything by Dennis O’Neill and Alan Moore and listening to David Bowie, before wasting twenty years developing a moderately-paying career that will provide a lower-middle-class existence until the day he retires. Comics are his way of redressing the balance.

He enjoys writing scripts and storyboarding, but uses Clip Studio paint with the same proficiency that a monkey flies a spaceship, and would love to collaborate with an artist on one of his many script ideas, from subversive children’s books to 12- issue dystopian action miniseries.

Description:
By day, her minimum wage job and absent husband leave her little to look forward to now that her daughter has left for college. But by night, her only limit is her imagination as she is able to share the same dreamlands as her lover. But everyone must wake from a dream, and there may only be a short time left in their shared fantasy landscape.

Creator Bio:
Graduating from the University of MN Twin Cities in 2010, Peterson started with an interest in visual storytelling working on writing screenplays. During this time, she discovered she preferred storyboards as a visual medium, and spent the next several years transferring gradually from writing screenplays, to storyboards, and eventually landing on her preferred medium of comics. She currently lives in Minneapolis with her husband Graham and cat Toothless, the latter of whom will sit on the keyboard to indicate that he feels a particular piece is in need of revision.

Description:
This is the end of the world. But how did it get there? Was it political conflict? Was it war? Was it a nuclear disaster? Was it climate change? No matter, the option, it comes down to the same cause. Ourselves. Follow news broadcasts as they lead through the events that led to Earth’s destruction while you will simultaneously follow a man, who had his hand in its destruction, attempt to try to save it. The world’s first sign of hope for salvation is…a baby laser?

Creator bio:
Jake Bostain is an aspiring comic artist from North Mississippi who has loved to create geek-related art since he was a wee lad. Jake has done many unique commissions and pieces non-related to comics such as merchandise designs for shows such as All gas No Brakes. He is currently working on his own expanded universe in the form of comics. Jake’s work can be found on Instagram @Jokerbostain 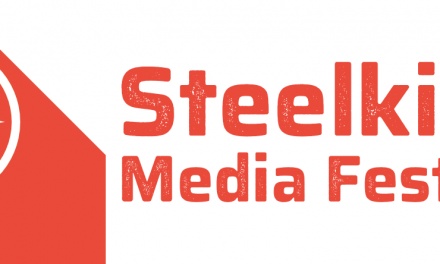 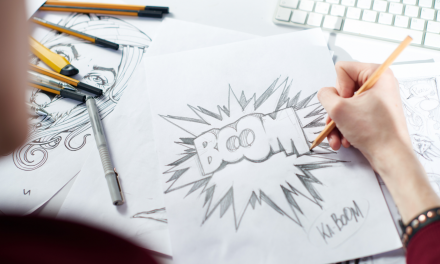 Advice from a Comic Convention For FIrst-Time Creators