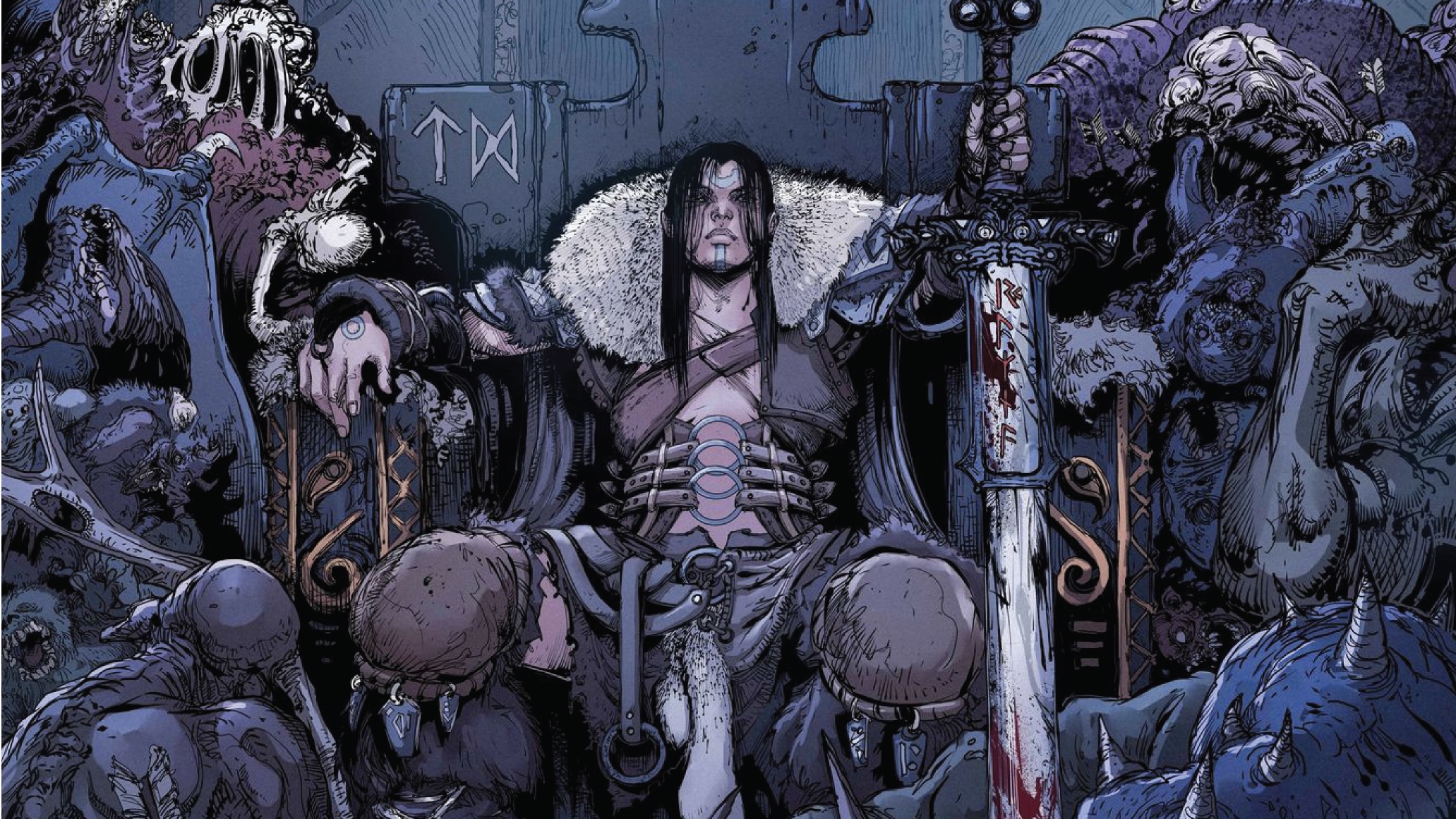 The unlikeliest of heroines rise above their male counterparts in ancient lands of fire and fury. On March 7th, the unlikeliest of dark anti-heroines, Rayna, descends upon the unsuspecting hordes of Kickstarter supporters, thanks to the brainchild of comic book writer Ryan Cummins.

An orphan, harbouring immeasurable magic, Rayna brings an explosive darkness to the fantasy realm of comics. A darkness which comic book fans will gravitate towards and salivate over as they digest Cummins’ own blend of sorcery meets iron clad steel.

Far from suitable for all ages, Rayna echoes the greats of Barry Windsor-Smith and John Buscema thanks to the winning combination of illustrator Stan Yak and colorist Dennis Lehmann’s partnership. Rayna looks and feels like it’s been torn from the living memory of sneaking a Heavy Metal magazine in and out of the house. Expect pure revulsion and non-stop thrills as reading Rayna is like living on a knife’s edge (if your knife was a double bladed sword).

This smorgasbord of talent is rounded out with lettering duties by Justin Birch and editing by Kasey Robertson.

Fans of Dark Fantasy will be thrilled to read that Rayna #1 features Five outstanding covers up for grabs, including a Spawn tribute variant, which is absolutely begging to be owned. Be the first to pre-order one of these exclusive copies by heading to the Kickstarter Pre-launch page.

REVIEW: The Surgeon #3
First Look at Matz and Luc Jacamon’s THE KILLER: AFFAIRS OF THE STATE #2
Sponsor