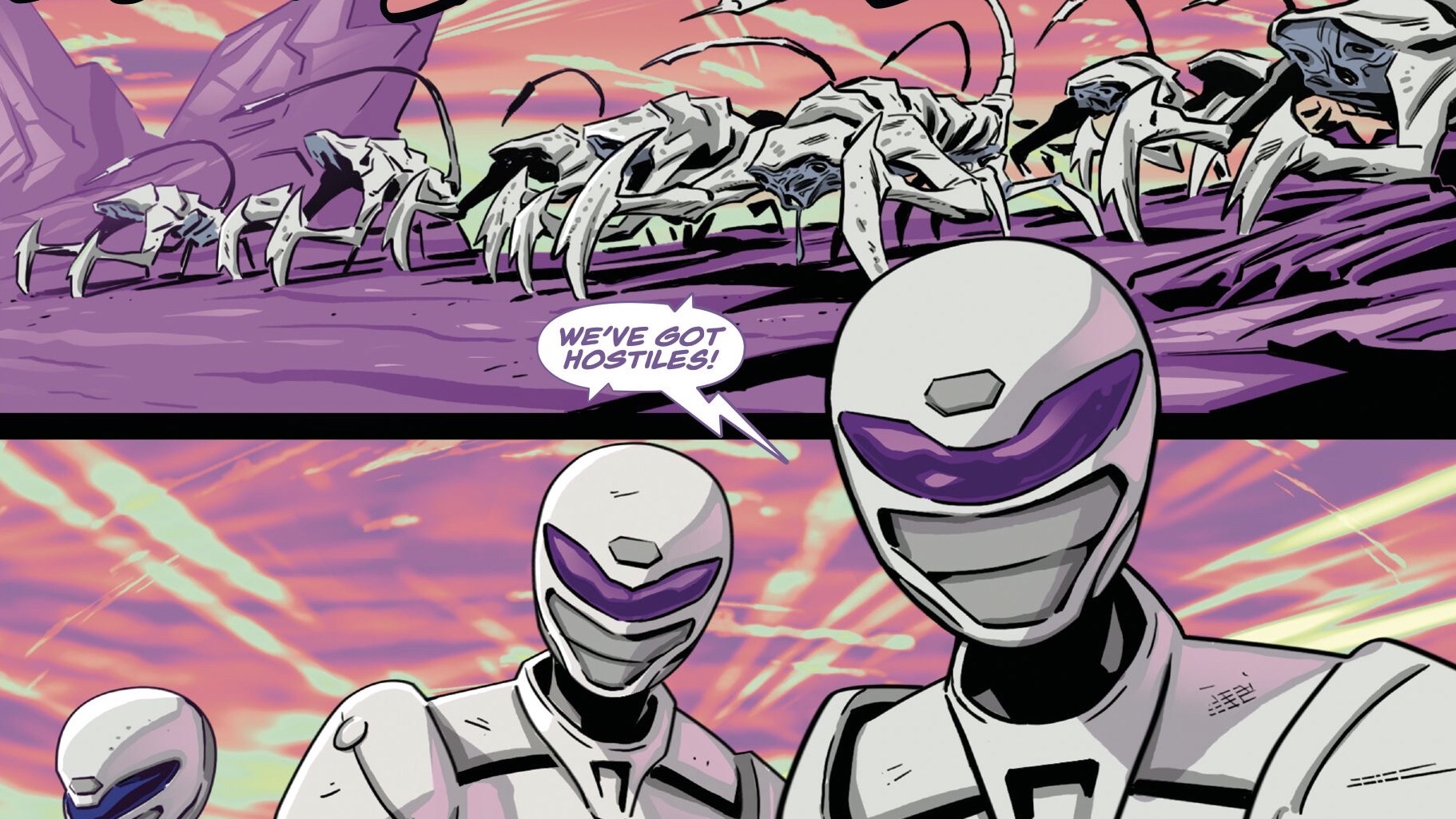 On a strange world, five explorers mine for super fuels in a last-ditch effort to save a collapsing Earth, but the mission goes to hell when they are overrun by a hostile alien species. With humanity’s survival hanging in the balance, the crew must eradicate the deadly horde and salvage the mission. But what if the monsters aren’t the only things they have to worry about? What if the most dangerous threat facing the crew is each other?

“After Dead End Kids and No Heroine, I wanted to write a hard sci-fi series with a lot of action that still captured that strong character focus. Unborn is 100% a love letter to movies like Alien and Predator — with a splash of Power Rangers to spice it up and characters you’ll give a crap about when they die,” says Gogol.

Unborn is written by Gogol, with art by Ev Cantada, covers by Maan House, Simone Ragazonni, and Ivan Tao, and letters by Sean Rinehart.