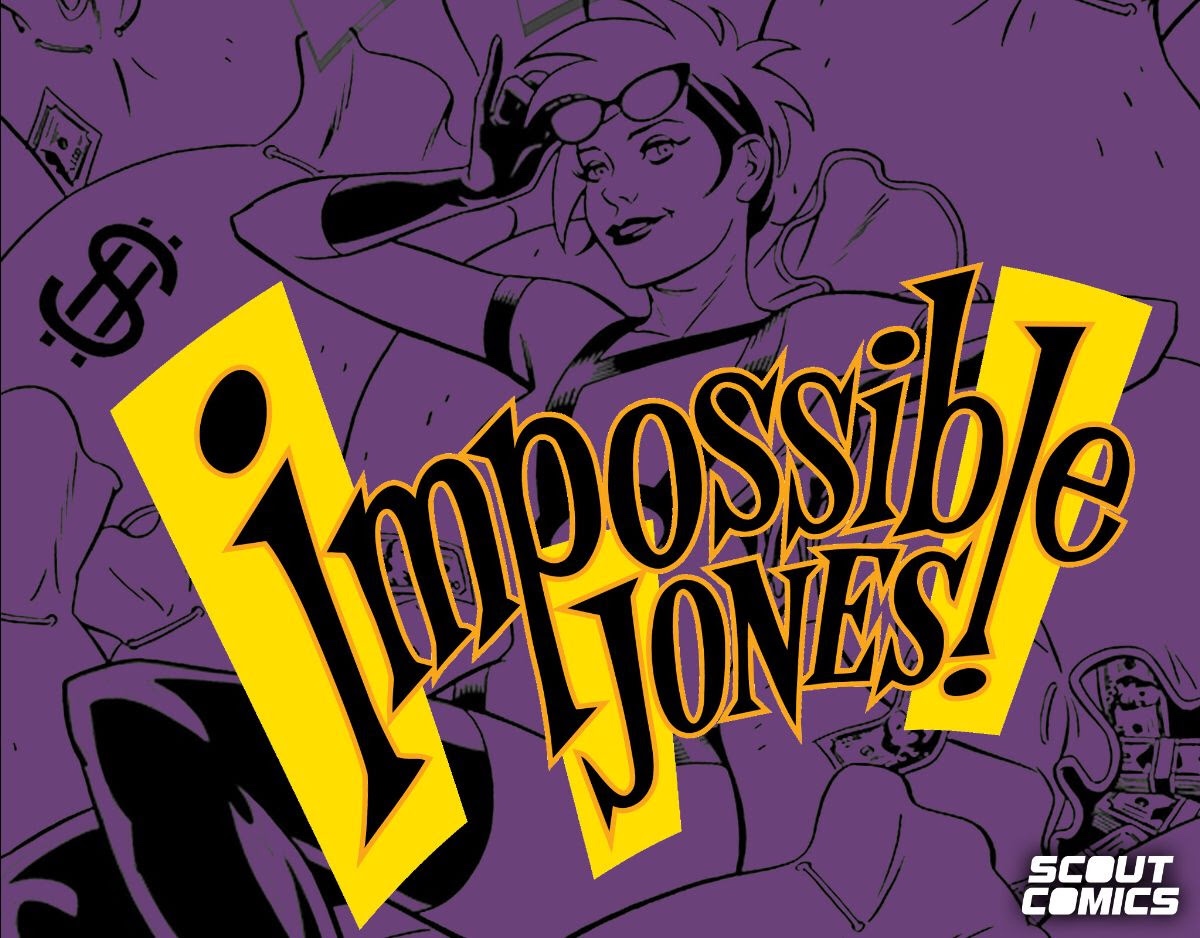 “I have serious thoughts about bonking the creators with a mallet and stealing her!” — GAIL SIMONE

A thief pretending to be a superhero? IMPOSSIBLE! That’s what IMPOSSIBLE JONES hopes people believe as she tries to convince citizens, cops—and fellow superheroes—that she’s New Hope City’s latest and greatest super-powered protector! But she’s also a damn good thief with no intention of giving up her criminal ways. You kidding—with these new powers? Pilfering and purloining have never been easier! Plus, cops don’t shoot at her, they gladly tell her exactly what they’re up to, and everyone’s happy to show her their security systems. But it’s a high-stakes, high-wire balancing act, and even shape-shifting superpowers can be stretched thin. One misstep and Jones will fall so far she’ll never bounce back…

Writer Karl Kesel says of the series, “I’m thrilled IMPOSSIBLE JONES is part of Team Scout— and even more thrilled they made room for a ‘seasoned comics pro’ like myself alongside some of the most exciting new comics and creators coming out today! I’ve had tons of fun playing in other people’s sandboxes— on Harley Quinn, Suicide Squad, Superman, Superboy, Fantastic four, Spider-man, Daredevil, etc.— but it doesn’t come close to the soul-satisfying adrenal-rush of working on a creator-owned book like IMP. It’s a wild ride— and it’s just getting started!”