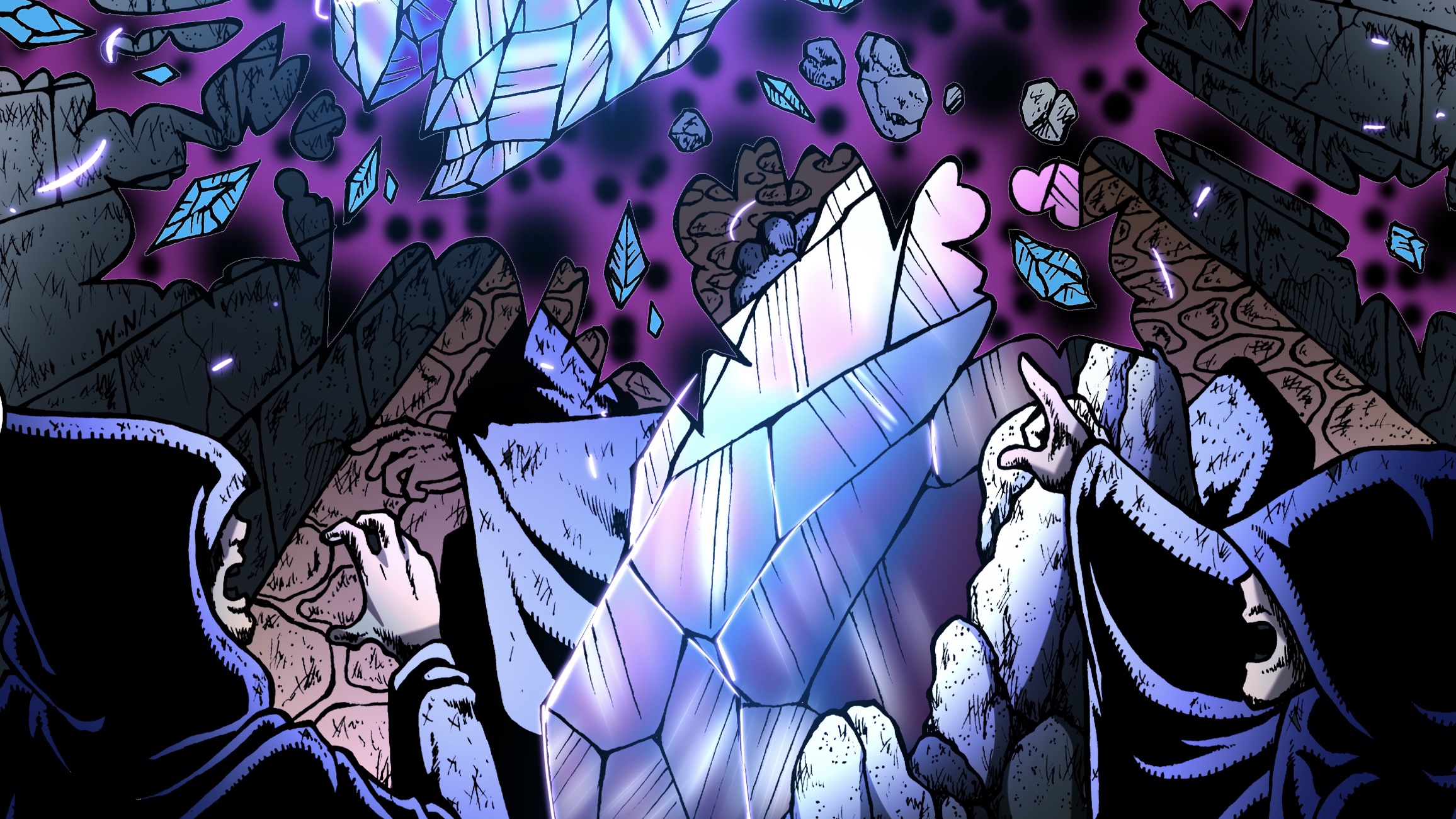 The talented writer Hatim Ben Ayad and the skilled artist Winzaldi Nirmansyah started a campaign for the first chapter DEFORMATION of their first comic book LYING MIRRORS: BROKEN GLASS –a creator-owned comic that is live on Crowdfundr.

Lying Mirrors: Broken Glass is a fantasy story set in the eastern part of the world during the ancient times when magical power existed. The book tells the story of Tian, a decent altruist man and a father to four kids, to find a cure and a home for people with deformed appearances, including his oldest son Nathan. The failure of a secret organization’s rituals to summon back a king of the Dark World was the cause of the curse of the deformed people. Now, Tian must fight for the people who were suffering from society, must fight against the secret evil organization, and must fight for the humankind nature he always believed in and that he could not see any more among humans.

Lying Mirrors: Broken Glass is a six-issue miniseries with 20 pages per issue. The book was planned to be drawn in black and white with few colored pages and/or panels, but the book may be fully colored starting from the third issue.

Hatim Ben Ayad is a talented writer from Morocco who discovered his potential in writing only three years ago. Currently, he is a PhD student studying about mental health, and a writer working on several personal projects.

“I am a dreamer” said Hatim and added “Since I was a little kid, I would spend hours imagining scenarios and stories. I never paid attention to that gift until I decided to write, and when I did I found that I have a great passion to tell stories”

The main artist of Lying Mirrors: Broken Glass is Winzaldi Nirmansyah. He is a very talented artist who can create great art using his skilled fingers. Winzaldi has always loved comic books and manga, and been drawing since 2012. What is great about him is the fact that he agrees to work with Hatim on Lying Mirrors: Broken Glass project under collaboration terms with no up-front payment.

“I have a lot of dreams I want to achieve, but my biggest one is to draw great stories and share them with the world” said Winzaldi.

Now, the amazing collaboration between Hatim and Winzaldi gave birth to Ben-Zaldi Comics that –if succeeded— will publish all the issues of Lying Mirrors: Broken Glass, and other amazing titles that are waiting their turn.