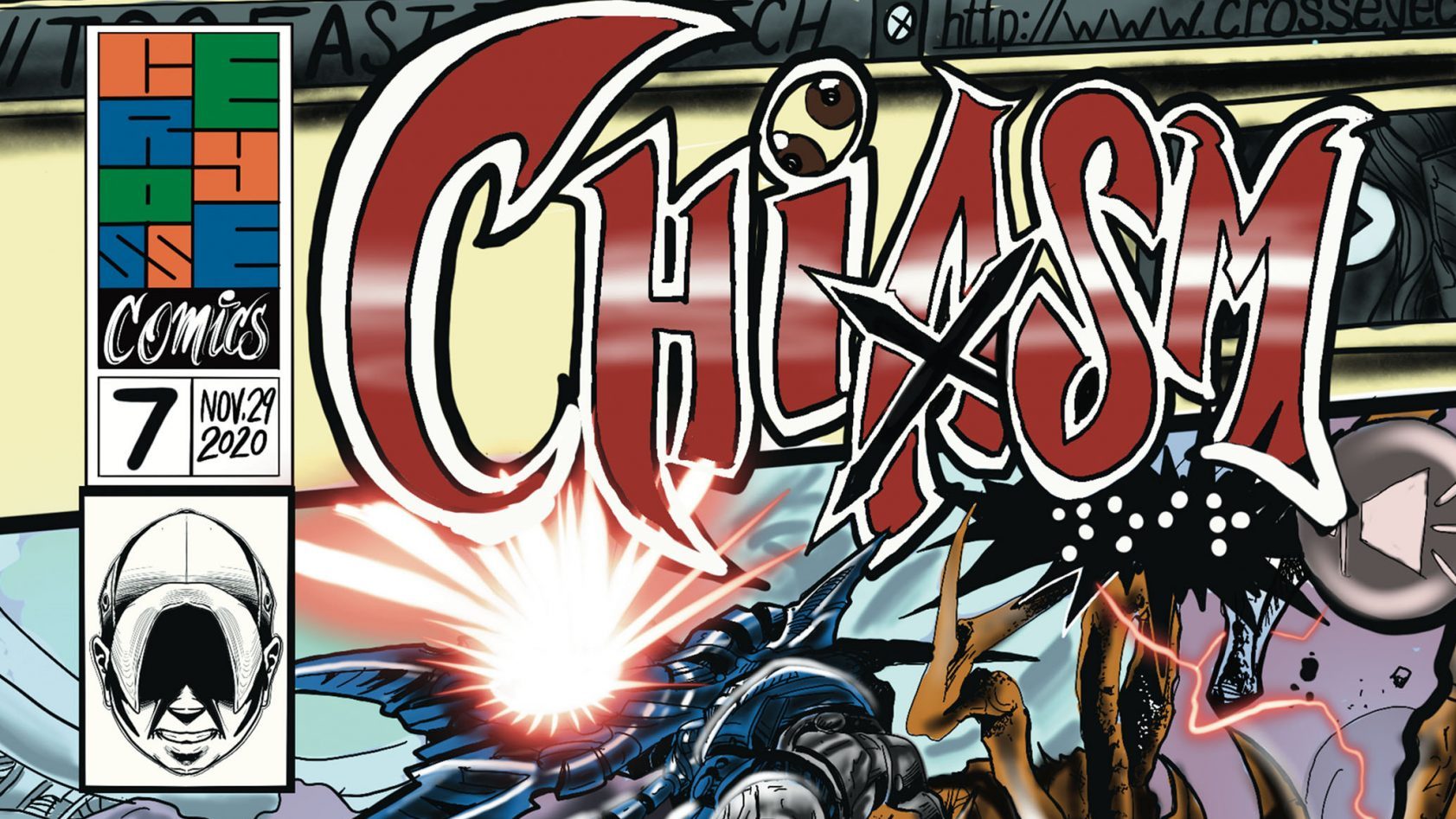 Doug Knight, mixes things up with a noir-soaked tonal shift in the sixth installment of his  exciting series CHIASM.

Issue seven of CHIASM sees a departure from the regular cast of characters. Readers will follow the story of Omar; a high schooler being relentlessly bullied in is daily social struggles.  Omar pays a visit to a friend and together they watch an exciting live webcast of CHIASM engaged in battle over the city.

“I said it about issues one through six and I’ll say it again: Honestly, just read it, it’s %@$#ing  cool!” – Doug Knight

Releasing June 30, 2021, on ComiXology, Amazon’s popular digital comic book platform,  readers can enjoy CHIASM Issue 7 with the platform’s guided view feature that takes readers on an immersive journey from panel to panel. Each page is delivered in HD quality and includes handy accessibility options like a powerful zoom feature for readers to utilize. ComiXology’s accessibility features along with the ability to continue reading across multiple devices were key deciders when Doug Knight was choosing a platform to host his comic series.

Cross Eye Comics, founded in 2019, is a small comic book company of just two friends: owner and creator, Doug Knight, and his childhood friend and marketer, Sean Kinton. As the home of his comic book series CHIASM, Doug Knight seeks to use Cross Eye Comics to tell incredible stories that make readers feel like they have a place in the world. Additional information about  CHIASM and Doug Knight’s own personal journey can be found at crosseyecomics.com and  instagram.com/crosseyecomics. Each new issue of CHIASM can be found on ComiXology.