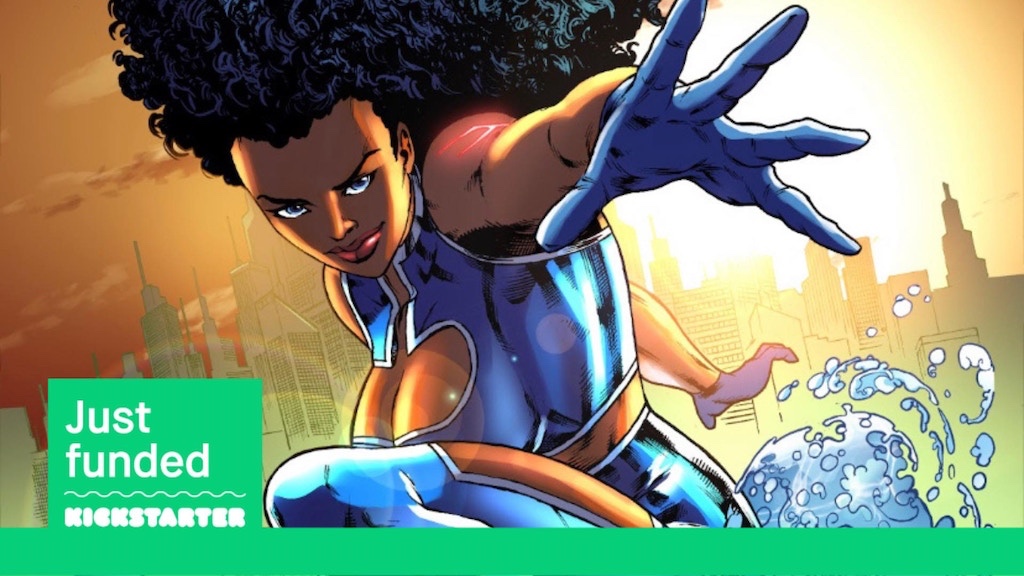 Hailing from Long Island, NY, Malachi Bailey has always been unabashedly a lover of books! His passion for superhero stories paved the way to online superhero role-playing where he developed his craft. He is currently the writer and creator of HER, a novel series, and an ongoing comic with Wingless Comics.

Welcome back! Thank you so much for agreeing to another interview! Remind everyone about who you are and your background?

Thanks for having me back! For those who are unfamiliar with me my name is Malachi Bailey. I am the creator of Her, often referred to as the “First Lady of Wingless”. Before I joined up with Wingless Comics, I wrote my first “Her” novel. In that time I have written another novel, “Her: Gods & Monsters”, and had Her featured in Her #0 and “Nightfall” comics!

I feel like I have always been. I have been storytelling as far back as I can remember. My mom was obsessed with soap operas, so as a kid I’d mimic those stories with my action figures. As I got older and started reading comics, the stories changed accordingly. Thank the Goddess. So, I have roots in Port Charles, Llanview, and Pine Valley.

The first issue shows the so-called “Nameless Woman” finally getting her life together. Literally. She’s a stranger in a strange land. That strange land being San Francisco. Spoiler alert: there is a reference to Her #0 which can be found as a free download at wwww.winglessent.com. She quickly realizes that the shadows in her long immortal life still want her dead.

Take us through your creative process from idea to finished story.

They say music is the soundtrack to our lives. I couldn’t agree more. Most of the time when I am hunched over my computer, working on a treatment or script, music is playing in the background. If I’m writing a scene, depending on the type of scene, I need the music to reflect that. It feeds the emotion I’m trying to convey with my words. Also, coffee is good. Like real good. I NEED coffee.

Blocking out the distractions. I often recall a meme stating a creative’s mind is like having 2857 browser tabs open all of the time. That’s not untrue. It makes me feel seen. Also, writer’s block comes every once and awhile, but yes, it’s the distractions and, well, life that eat away most at my time.

Is it cliche to say “don’t stop believing”? Because it’s true. I’d also add that it’s so important to carve out time for yourself during the day. Even if it’s just five to 10 minutes of journaling or writing down story ideas. Turn this practice into a habit. This habit will become routine. That routine will be easier for a creative to come into their own. I promise.

Once upon a time, my fellow aspiring authors and I were participants in this impromptu workshop. We were told to give a pitch about the book we were writing. At the time I was writing my first book. Of course, I was selected to go first. I gave the pitch. Afterwards, one of my mentors told me she was writing a grocery list in her head when I was speaking!  Then asked for others to help me make my pitch shorter and more concise. Now when I think of doing a pitch I recall that experience.

This Kickstarter is my baby because it is my first! Obviously, that makes me excited for ALL of the tiers. However, you did ask for me to choose the ones that speak to me more. I have a special place in my heart for the Writer’s Block tier as it consists of my first two novels—the novels that started it all. I definitely want everyone to read anything that has Her in it. Also, I am reeeeal partial to the Funko Pop! tier because seeing Her as a collectible is mind-boggling! Last but not least, I cannot wait to see the Special Edition tier that includes the holo-foil cover. If you are like me who grew up in the 90s, then that tier will press on the nostalgic buttons!

Try, and I mean TRY, not to obsess over it! Easier said than done, I know I know. Celebrate the small milestones as well as the big ones. This is not easy so take pride in knowing that you put yourself and your comic out there for the world to see. There is power in that.

Say less. If interested, they can type in “Her #1 – First Impressions” or go to this link: https://www.kickstarter.com/projects/malachibailey/her-1-first-impressions

We have until November 10th before the Kickstarter is a wrap. Help spreading the word so we can finish off strong. Please and thank you!