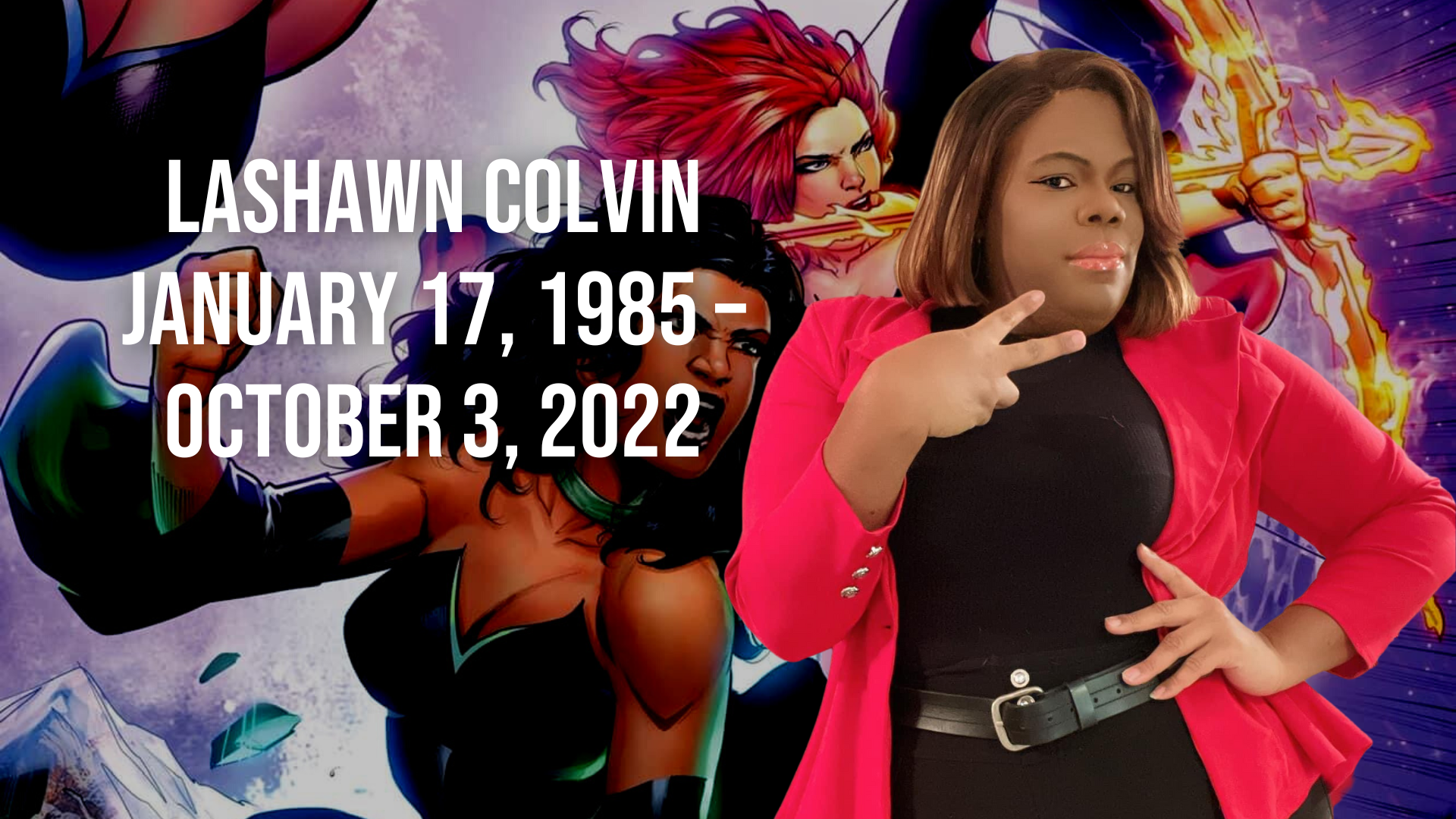 ”I am in shock. This incredible, intelligent, and talented young woman has been taken from us far too soon,” said Laurie Foster of Unlikely Heroes Studios.

“I’m so sad to hear that Lashawn Colvin passed away. She was such a ray of sunshine. She helped edit the Dancer, and I truly loved our phone calls where we would talk about our love for comics. She was a true talent that had so many great projects on the horizon, especially her long term comic Beautiful Soldiers that spans out of her love for Sailor Moon,” Kathryn Calamia expressed in a post on her Facebook page.

Dana Morgan, who was set to launch a new podcast with Colvin, said, “This was news I wasn’t expecting to get this morning.

“You were so full of life and making such boss moves… becoming the first black woman comic book shop owner, signing to Scout Comics for your dream series Beautiful Soldiers, building your own geek show Pop Culture 1st, and so much more!”

Lashawn Colvin began her art and writing journey at a very young age. Her passion for writing and creating stories went very deep. As a child she drew inspiration for creating stories from one of her favorite childhood tv shows, Power Rangers. With the seed of creating planted, she fell in love with Sailor Moon, which would later inspire her own comic series, Beautiful Soldiers series.

Beautiful Soldiers began its ground work in 2013 under a completely different title, “The 4 Elements”. Colvin joined the comic book industry in early 2014 as a Comic Book Editor. She was hired to run Short Fuse Media Groups’ “Red Band“ label as Editor-n-Chief until 2019. In 2020 Colvin raised over $15,000 on the crowdfunding platform Kickstarter to bring Beautiful Soldiers to life.

In the fall of 2020, Colvin opened Comics & Geeks in Montgomery, Alabama, a comic shop and gaming lounge, becoming the second black woman in the United States to own and operate a comic store. The store featured a wall of mainstream comic titles and a wall of independent titles. As well as, a gaming area set up for the next-gen consoles.

She told the Montgomery Advertiser in August of 2020 that she wanted a place to shine a spotlight on other artists and creatives like her. “I know the struggles of trying to get seen,” Colvin said at the time. “It’s very important for my store to represent the community, where we try to help each other get ourselves out there.”

Beautiful Soldiers was picked up by Scout Comics earlier this year, an official release date has not been set.

Colvin passed away October 3, 2022. A Fabulous Committal Celebration of Life Inurnment for Lashawn will be held Friday, October 7, 2022 at 2:00 PM at Alabama Heritage Cemetery via Private Estates, 10505 Atlanta Highway, Montgomery, AL 36117. You can read her obituary here.