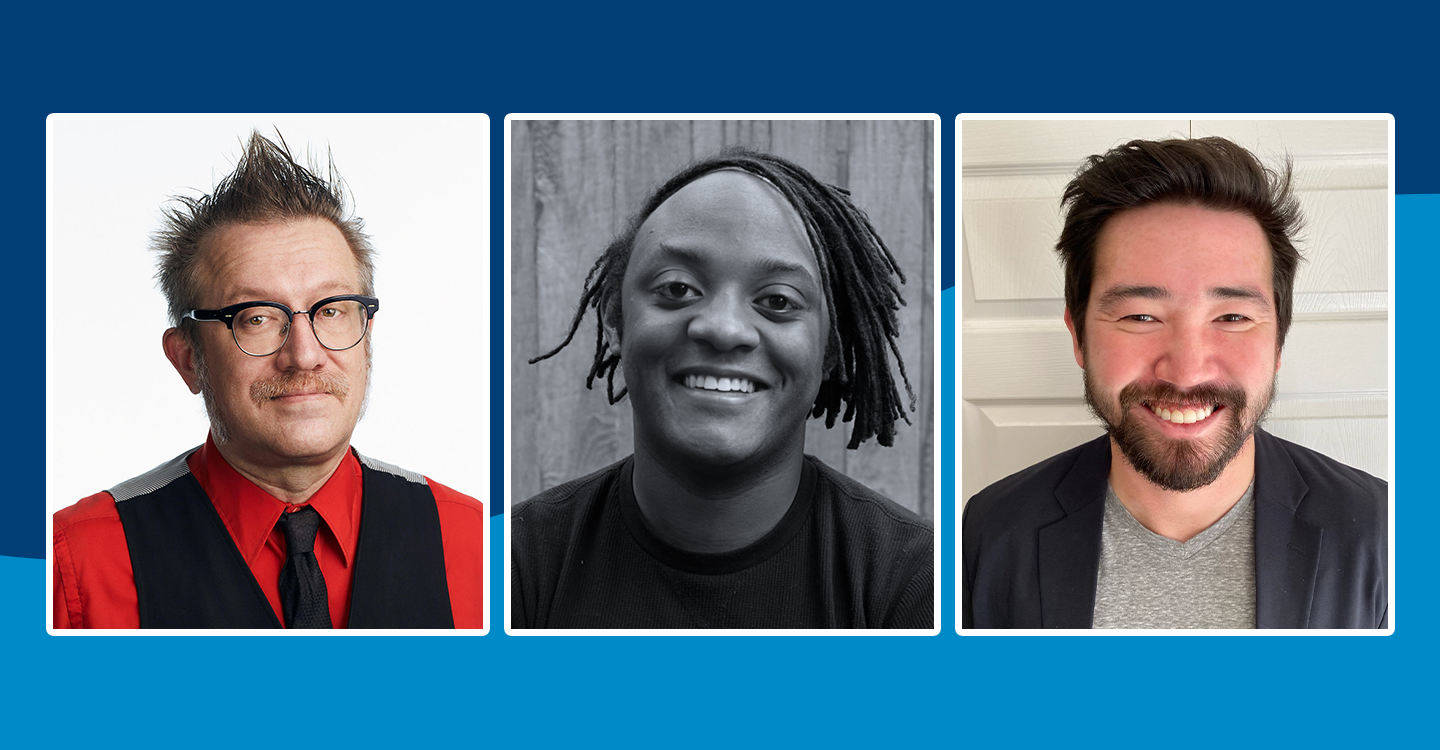 “Jamie, Charles, and Russ bring a wealth of expertise, collaborative spirit, and pure love for the medium to IDW,” says publisher Nachie Marsham. “We’re proud to welcome these talented and innovative individuals to the team.”

As executive editorial director, Jamie S. Rich will be responsible for developing licensed products for IDW Publishing, including single-issue comic books and graphic novels, and both managing and providing direction to the editorial staff to enable the highest quality creative output.

“IDW has a tremendous legacy for bringing people’s favorite characters from across genres and media to life in new and exciting ways,” says Rich. “I am excited to be a part of that and enhance that legacy. The editorial team has been doing some phenomenal work, and I look forward to innovating with them further.”

Rich started in comics in 1994 as an assistant editor at Dark Horse Comics before moving over to Oni Press in 1998, where he became editor in chief. He published his first prose novel, Cut My Hair, in 2000 before embarking on an extended freelance career. In 2015, Rich joined DC Comics as part of their Vertigo imprint and, in time, would oversee DC’s Young Animal with Gerard Way and, ultimately, DC’s top titles and characters. He also won an Eisner Award as part of the editorial team of the charity anthology Love Is Love, co-published by DC and IDW. In 2021, Rich moved to Tapas Media where he became editor in chief of their original comics and novels before joining IDW.

As senior editor, Charles Beacham will oversee the company’s critically acclaimed line of Teenage Mutant Ninja Turtles comic books, building upon the success of their monthly series and blockbuster Last Ronin miniseries with innovative new initiatives for 2022 and beyond.

“The opportunity to join IDW editorial and the TMNT team in particular is a dream come true,” says Beacham. “It’s an exciting time to be a Turtles fan, and I’m beyond excited to have the chance to work with the likes of Kevin Eastman, Tom Waltz, Sophie Campbell, and the rest of our amazing creative team. TMNT is an amazing franchise that means so much to so many people. We’ve got big plans for the Heroes in a Half Shell, and I can’t wait to share them!”

A lifelong storyteller, Beacham has extensive experience with impactful narratives across a wide spectrum of media. He has shepherded some of the world’s most renowned franchises for superhero heavy hitter Marvel Entertainment, including such titles as Ms. Marvel, Hawkeye, Deadpool, Guardians of the Galaxy, and Star Wars. He’s also worked for the video game developer, Activision Blizzard, launching the comic line for their sci-fi shooter Destiny 2.

As senior editor of IDW’s Originals editorial division, Russ Busse will work with some of the industry’s finest creators and talented newcomers to develop brand-new original graphic novels for the middle grade and young adult markets.

“I’m so excited to work with the incredible Originals team at IDW. Comics are how I personally got into reading, and I’m over the moon to build a diverse list that’s going to appeal to a huge swath of middle grade and YA readers,” says Busse.

Prior to joining IDW, Busse honed his skills at Abrams Books and Little, Brown Books for Young Readers, and more recently pursued freelance opportunities. He has worked on everything from graphic novels and picture books to middle grade and licensed programs, and has edited books for Marvel, Lucasfilm, Warner Bros., Hasbro, and more, working with best-selling authors like Barry Lyga and Gina McIntyre. He loves finding voices with unique perspectives, charm, and heartfelt emotion.

Please stay tuned to the official IDW social media channels for updates on their exciting slate of comic books and graphic novels!