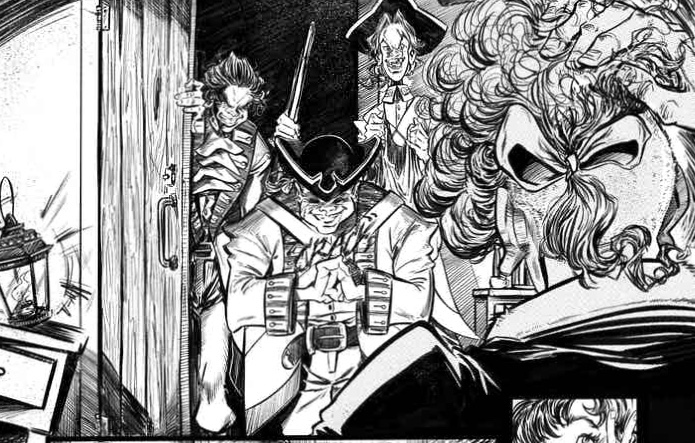 In British-occupied New York City, a mysterious vigilante strikes back in the name of independence!

From creator Paul Axel, The New Amsterdam Game is a proposed series of one-shot comics about the mysterious Gooseberry, a masked vigilante bedeviling British troops in Revolutionary New York City. A sword-swinging, action-packed story, The New Amsterdam Game follows in the steps of Zorro, The Princess Bride, and The Count of Monte Cristo.

“Gooseberry’s Midnight Ride” is designed to act as an introduction to the key characters and setting of The New Amsterdam Game. Every New Amsterdam Game story can be read separately or as one saga – no complicated backstories, no convoluted storylines. Just pick up, and enjoy!

The New Amsterdam Game: Gooseberry’s Midnight Ride is brought to you by: