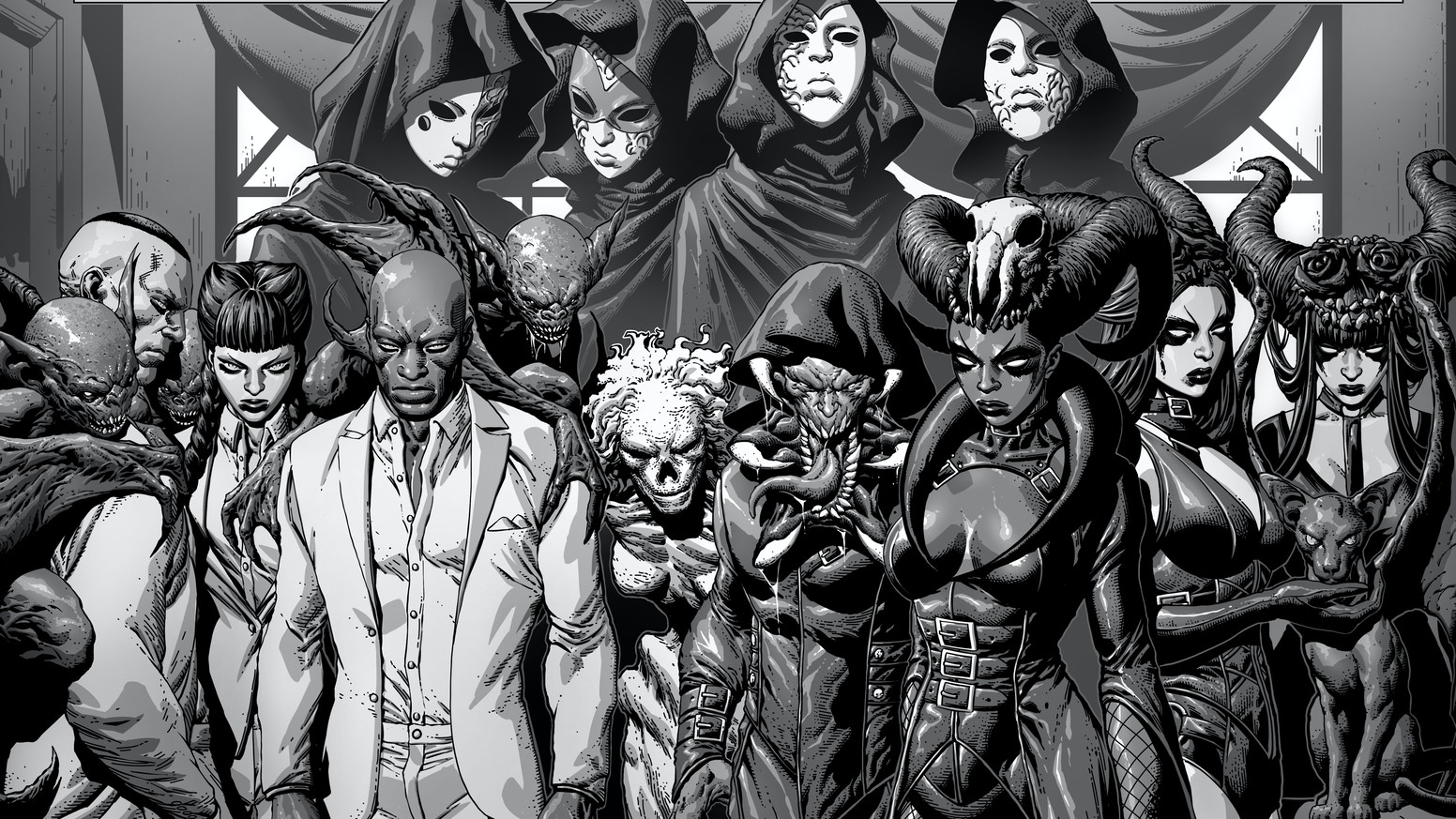 Crescent City Monsters follows a blues musician and sorcerer, Jonas Atelus, as he struggles to find out why a supernatural bounty was put on his head. As Jonas tries to unravel this mystery, the monsters of New Orleans destroy his life while trying to collect on the bounty and attempt to uncover another mystery- the secret power Jonas holds. Crescent City Monsters blends voodoo lore and other otherworldly magic culminating into what Lilavois calls Creole Magic.

“Crescent City Monsters takes place in New Orleans and since Gerard is a New Orleans native, I thought that was important in terms of getting an authentic feel for the project.”

After Jordan Peele introduced Get Out to the world, there’s been an increased demand for black narrative in the horror genre. With movie and television deals based on comic book series like Bitter Root and Killadelphia, the list of horror movies and television shows created by black writers continues to grow. Crescent City Monsters will be joining that list soon.

About Gerard McMurray
Gerard McMurray is a Filmmaker from the 7th Ward of New Orleans. McMurray is a graduate of Howard University and USC Film School’s MFA program. Gerard collaborated with Ryan Coogler, Michael B. Jordan and Forest Whitaker as a Producer on the hit indie film Fruitvale Station.

McMurray’s first film as a Director, Burning Sands is a Netflix Original that premiered in competition at the 2017 Sundance Film Festival to great critical response. His sophomore film, The First Purge is the fourth installment in the hugely successful series depicting the origin story of The Purge franchise. It was released by Universal Pictures on July 4, 2018, becoming the most commercially successful film of the franchise.

Gerard has since directed THE TWILIGHT ZONE – REPLAY, for Oscar Winner Jordan Peele, starring Sanaa Lathan. Currently, he is writing and directing the action franchise THE SILVER BEAR for Lionsgate starring Michael B. Jordan. Gerard is also co-writing and directing BOOKER with John Wick Creator/Writer Derek Kolstad for Sony Pictures with John Davis producing. Finally, Gerard is Directing/Executive Producing a series version of THE SPOOK WHO SAT BY THE DOOR with Lee Daniels for FX.

About Gian Carlo Bernal
Gian Carlo Bernal is an artist and lives in the Philippines with his son and wife. In 2014 after 11 years as a graphic designer, he left his job to become a comic book illustrator. He’s never looked back. Gian has drawn for other Kickstarter comic book campaigns, such as the Last Days of Kevin and Ronin. He’s been quoted as saying “And now I am happy to be working on Crescent City Monsters. I will draw until I die, my body rots, and I will come back as a zombie and draw comics again.” Gian is the winner of the 2020 Glyph Comic Book Best Artist Award and a 2021 Ringo Award Nominee for Best Cover Artist.

Secret Origins of Planeswalker Jaya Ballard in MAGIC #6 from BOOM! Studios
FIRST LOOK: SAVE YOURSELF! #4
Sponsor