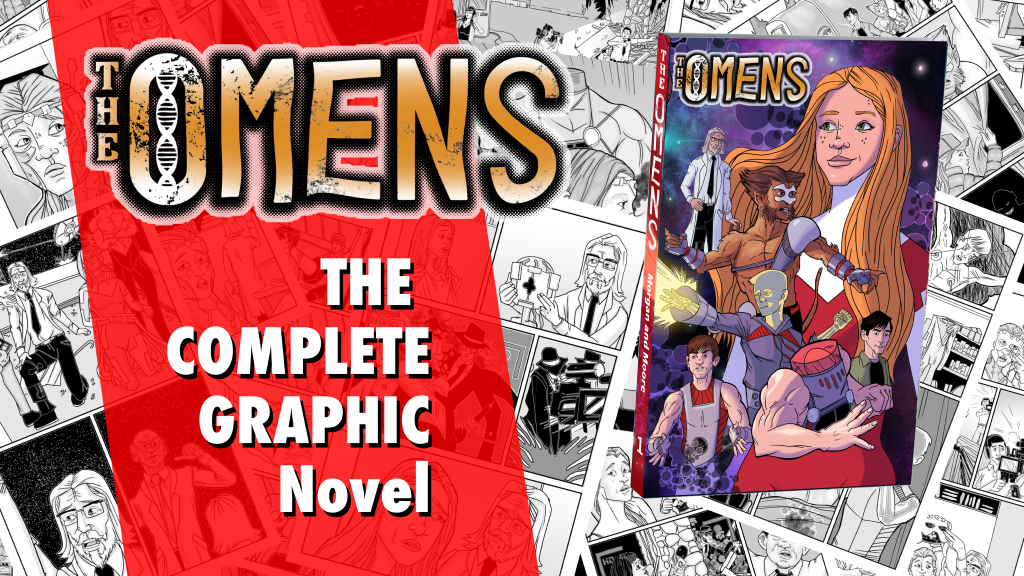 Have you ever felt like you were meant for something…else? Something…more?

Maggie Goodwin isn’t your typical teenager. Instead of the average teen dramas, Maggie hears voices in her head. She begins to be able to move things without touching them. She sees mysterious figures at night. She is haunted by her dreams. Bad luck abounds. Is it all just a dream? An overactive imagination? Or worse yet…is she losing her mind?

And then THEY appear. Wolf soldiers. Men in Black. Aliens. The giant. The angel. The rat. Chaos reigns. But what do they want and why do they need her? It seems Maggie Goodwin is special…and now she is on the run. Can she unlock the mystery before it’s too late?

Follow Maggie’s adventure through our six-issue limited series, now collected in one graphic novel for the first time ever! This 180-page thriller is packed to the gills with mystery, redemption, and terror! Don’t miss out!

ElectroMagnetic Press (EMP) is an independent comic and book company based in West Virginia and New York that publishes works from the author/illustrator duo of Larry Morgan and Shane Moore. Flagship titles include The Omens (Sci/Fi, Mystery) and The Believer (Traditional Superhero) and the anthology magazine Miscellania.

THE SLOTH HORROR-SEQUEL OF THE SUMMER IS LIVE ON KICKSTARTER
REVIEW: Astronaut Down #2
Sponsor