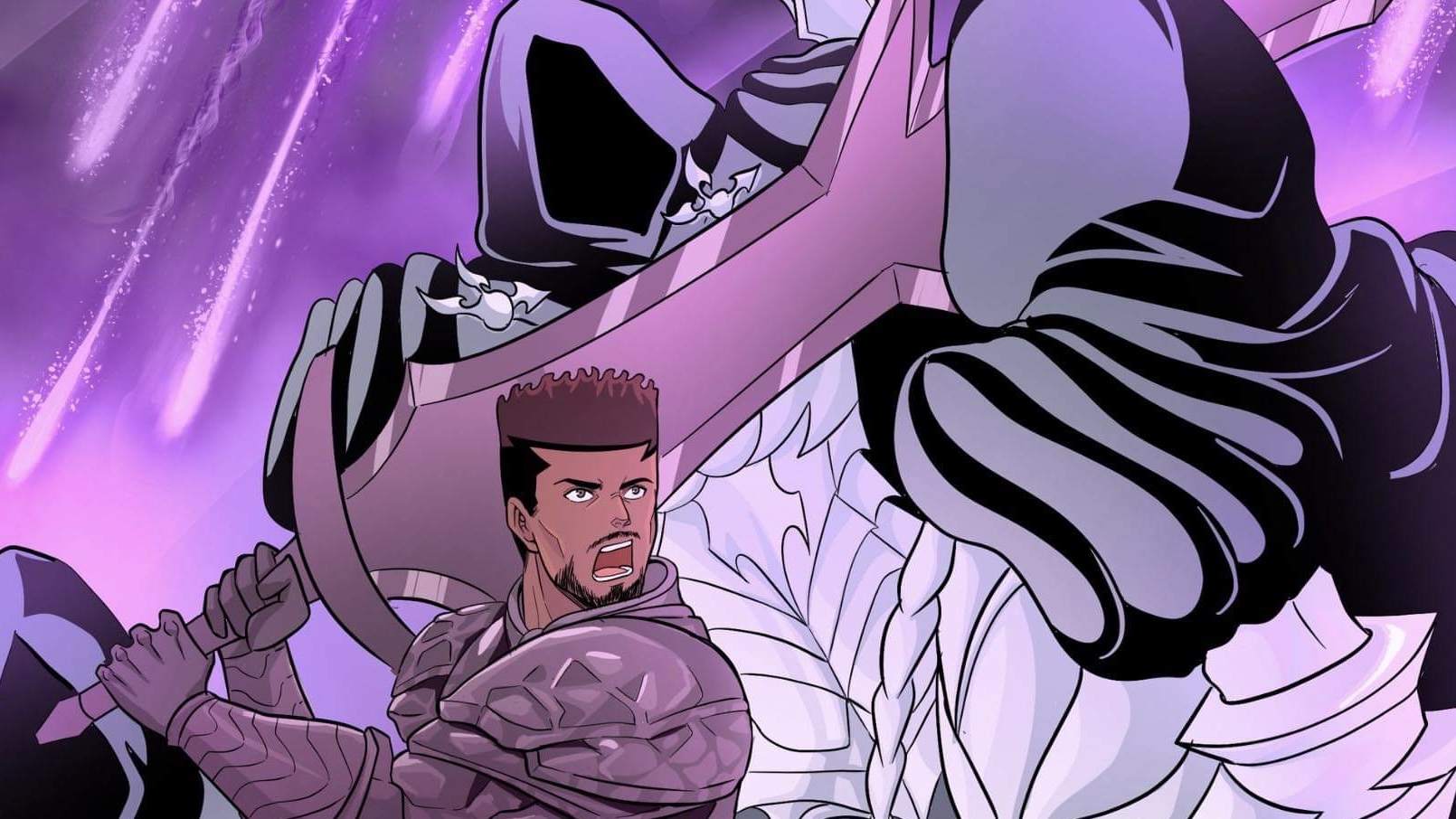 Reign of Chaos by Darkmoon Comics is inspired by the lore and world building of the Dark Souls video game series. The main character Donovan Moore, modeled after the bodybuilder Larry Wheels, gets teleported to another world, where he has to battle all types of undead creatures and rescue the land of Yashara as their Champion of Chaos.

If you are a fan of the Dark Souls, Bloodborne, or Elden Ring Video games, you will love this first 16-page chapter of Reign of Chaos.

“Without a doubt, my favorite video games of all times have been the entire SoulsBorne series. So when I started making comics I had always planned on making an Isekai based on these games. The SoulsBorne community is huge and tight nit, so I wanted to make something that we could enjoy and appreciate. That is Reign of Chaos,” Series Creator Brandon Calloway