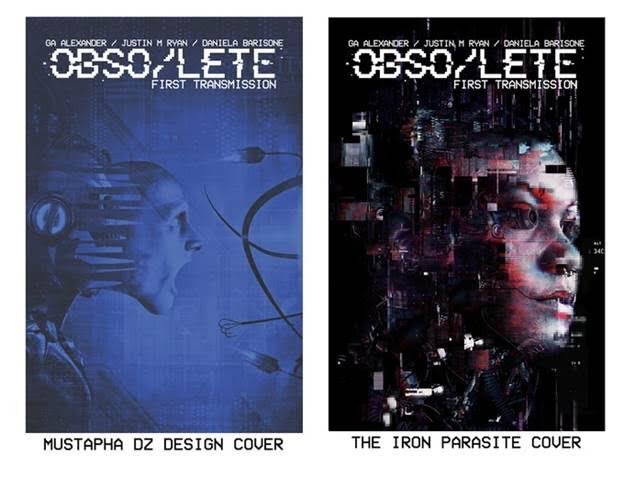 Two bartenders in a run-down future city realize their district is being infiltrated and assimilated by cybernetic horrors. That’s the premise of OBSO/LETE, the highly-anticipated new horror comic from G.A Alexander (writer), Justin M. Ryan (artist), and Daniela Barisone (artist).

Says Alexander, “We were inspired by movies like Hellraiser and Blade Runner, as well as comics like The Crow and 30 Days of Night that offer a gritty street-level view of the fantastic and often horrific events that take place in their stories.”

The trio’s goal is to produce a comic that marries the neon-drenched world of cyberpunk with the grim tone and nightmare aesthetics of horror.

The goal is $500 and in exchange for donating punters can snag themselves such perks as OBSO/LETE T-Shirts, a physical copy of OBSO/LETE, and a ‘thanks’ on the credit page of the comic.

1995: A Hacker Attack takes out half of the US Government’s infrastructure.

1996: The US Cybersecurity Act outlaws or severely restricts access to any networked or mobile technologies for the entire country.

The City, a sprawling metropolis consisting of almost twenty separate districts, is under immense pressure. For the last nine months, the overburdened power system has been on its last legs, forcing the government to implement the Cold Spot Protocol – rolling blackouts that hit different districts at different times to help alleviate the pressure and demand.

Meanwhile, in the darkest corners of The City, something has awoken. Not human, not machine, but somewhere in between. These creatures hunt in the shadows, searching for flesh or technology to assimilate into their number.

OBSO/LETE tells the story of two bartenders, Sandra Ng and Juliette Thomas. Working in District 4, one of the more blue-collar neighborhoods in the city, the two drink-slingers start noticing more and more strange events – increasing blackouts in the city, shadowy figures in every alleyway, and as the nights roll on, the body count rises…

OBSO/LETE has been a labor of love for us over the past 12 months. We attempted to Kickstart it in late 2020, and we weren’t able to hit our targets. Well, now we’re back, with a refreshed team, a fully finished book, and a renewed passion to get this out to you! 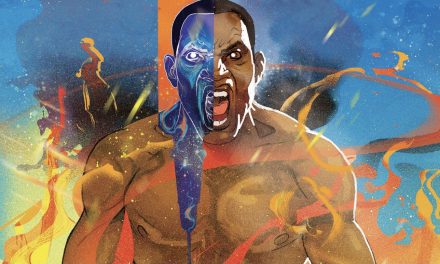 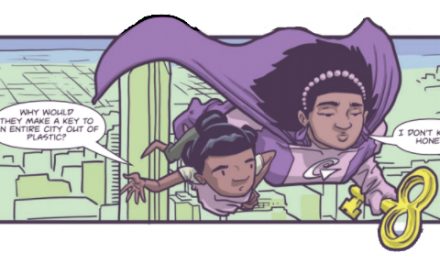 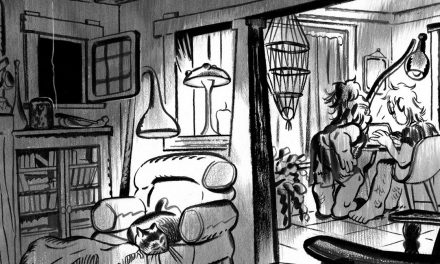 The Future of Love in Jeremy Sorese’s THE SHORT WHILE